Monday night marked the first night of a three-week initiative to keep the peace. 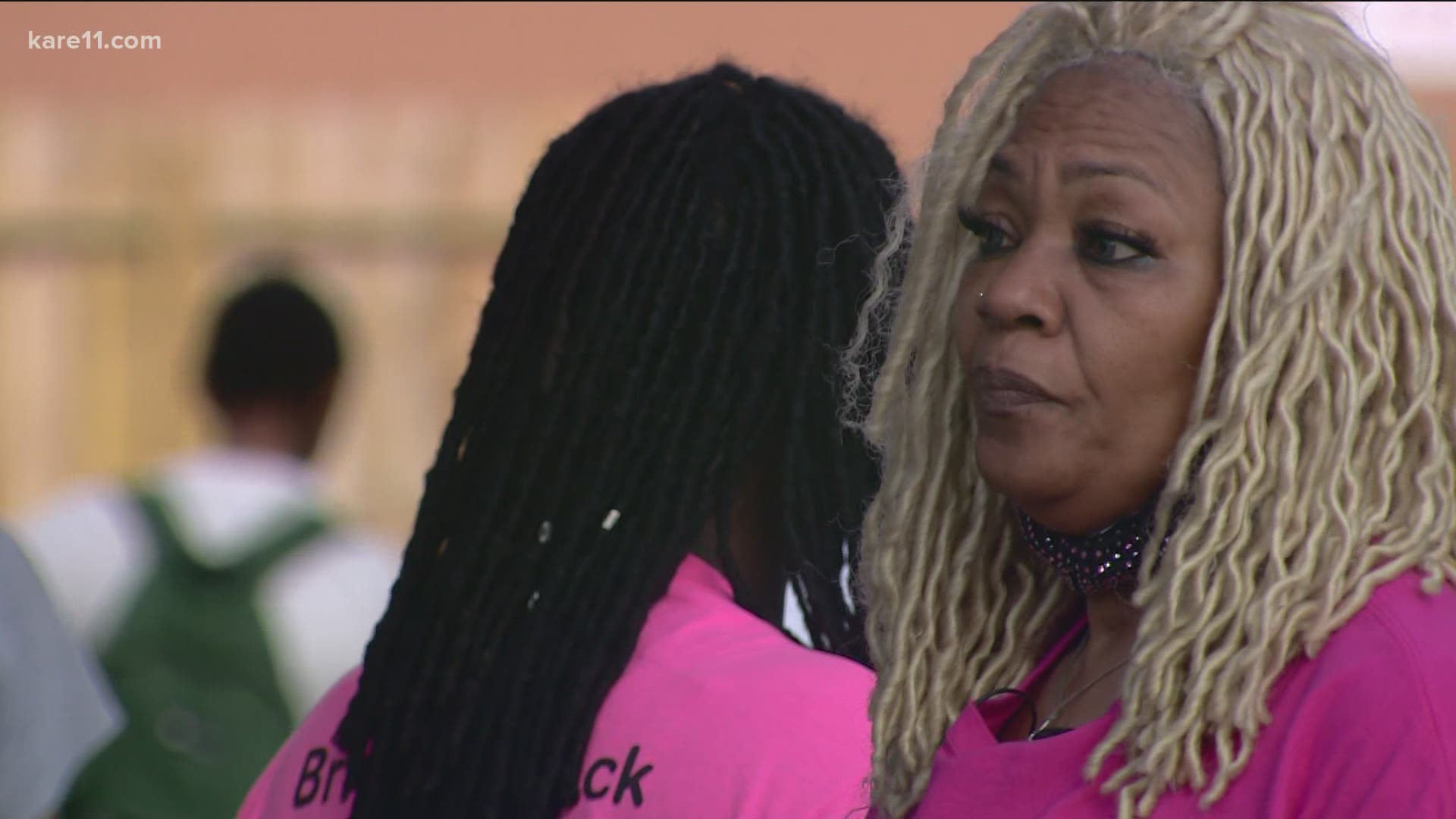 MINNEAPOLIS — Wearing a bright pink shirt, Cheryl Anderson patrolled a gas station parking lot near the intersection of Logan and Lowry on Monday afternoon, an area considered a “hotspot” of criminal activity so far in 2021.

Anderson, the housing coordinator for the anti-violence group “A Mother’s Love,” carried a few items in her hands as she kept an eye on the troubled intersection. One was a clipboard; the other was a WANTED poster, seeking information on the shooting of a 10-year-old earlier this month. At least three children have been shot in recent weeks, and the homicide rate across Minneapolis continues to climb. Thirty-two people have been killed in the city through the first five months of the year, more than double the total at this same point last year.

The 21-day initiative spawned from many faith leaders and peace activists, who say they cannot tolerate the level of gun violence they’ve seen in 2021.

“Three innocent children got shot. And we want to know why. We’re tired of it. We want it to stop,” Anderson said. “What can we help you with? Do you need resources for a GED? Do you need housing? Do you need shelter? Do you need food?”

“21 Days of Peace” is starting in Minneapolis, with faith and community leaders patrolling “hotspots” to get a handle on recent gun violence. Here, at a gas station near Logan and Lowry, New Salem Church is part of the anti-violence efforts. @kare11 pic.twitter.com/VWMu0Cj8aN

Anderson’s sentiments were shared by pastor Jerry McAfee of New Salem Missionary Baptist Church, who wore a purple shirt as he stood guard on Monday near the entrance to the gas station at Logan and Lowry. He conversed with almost everybody who walked in the store, and at one point even offered work to a young man from the neighborhood.

McAfee described his work as a supplement, not a replacement, for policing, and he said he’s working hard to intervene before disputes turn into shootings.

“We’re just trying to get peace back to the neighborhood,” McAfee said. “[The shootings] can be something so simple that really has nothing to do with you; it could be a wrong look from you that becomes the match… The police are reactionary. You don’t have enough police to really police all these areas. We can work in conjunction with the police.”

During the “21 Days of Peace,” McAfee said he’s also recruiting people for community patrols at three other “hotspots” in North Minneapolis. According to MPD data, nine people have been killed in the city’s Fourth Precinct so far this year, the highest year-to-date total since at least 2017.

Patricia Collins, who lives in the area, said her son has been shot twice in recent months and that her daughter was close to being caught up in this weekend’s downtown shooting.

“I pray for my babies every day. We can only do so much,” Collins said. “And it’s over nothing, you know? You make up a name, then they make up a name, and they say they’re a ‘gang.’ You see, it’s ridiculous. I’ve never seen nothing like this.”

At “A Mother’s Love,” Cheryl Anderson said that she hopes community patrols can steer people in a better direction.

It should also be noted that both Minneapolis Police and the state’s Department of Public Safety told KARE 11 that they fully support the “21 Days of Peace” efforts as one tool for anti-violence.

“We need the police and all of that, but the community – being boots on the ground, like us – I think some of these young men and young women might be more comfortable,” Anderson said. “Hopefully, we can solve something in 21 days.”