Work on the 2.5-mile stretch between 43rd Street and I-94 has finished, ending a massive 4-year project. 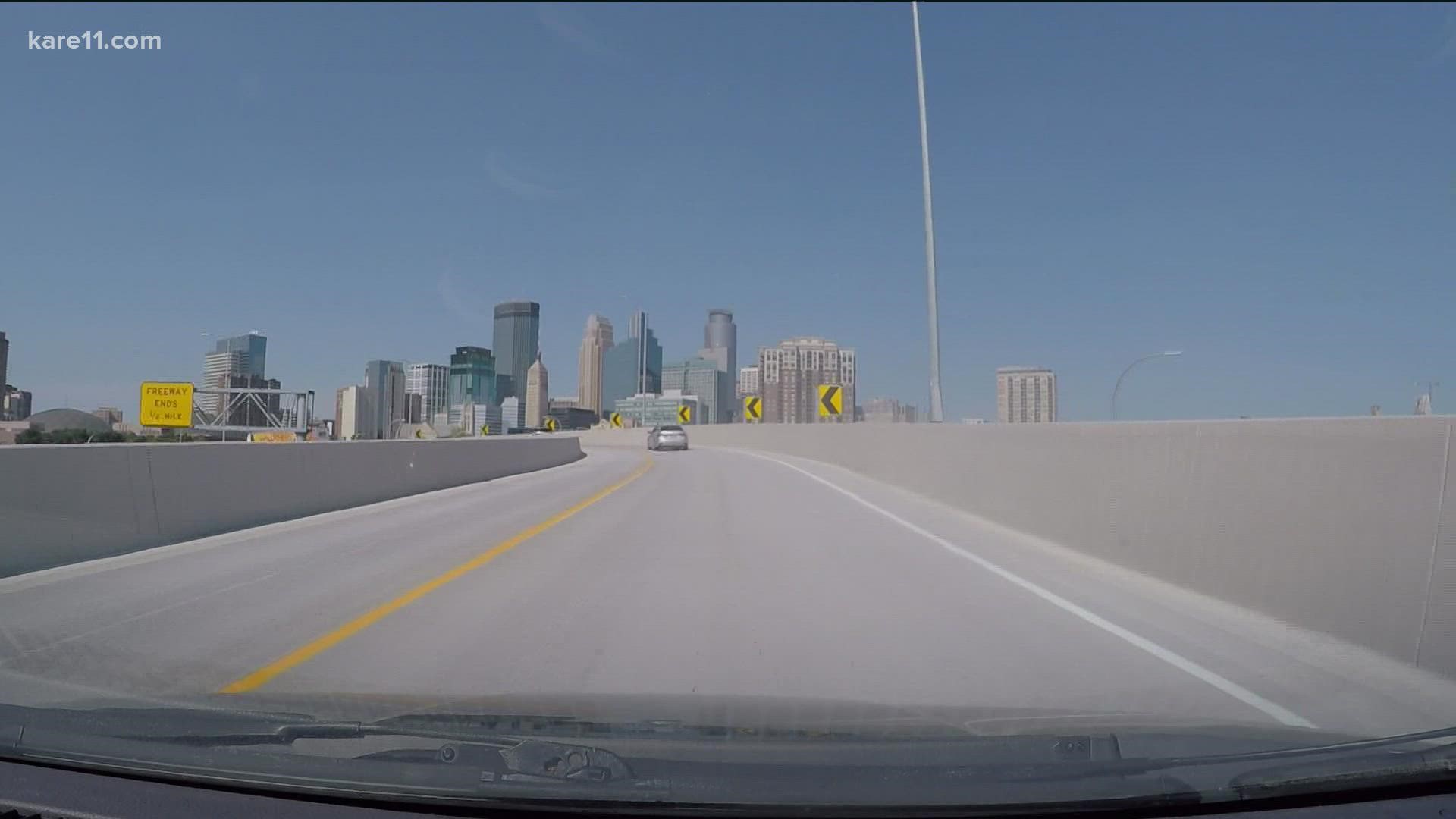 MINNEAPOLIS — It's hard to even remember what it was like to freely drive down Interstate 35W in Minneapolis without any closures, but now the massive four-year construction project has come to an end.

"Its been a lot of construction," said JJ Giefer, a worker with Ames Construction.

The 2.5-mile stretch of 35W in Minneapolis between 43rd Street and I-94 was completed Friday, with all lanes and most ramps set to reopen by Friday evening.

On Friday morning MnDOT announced that a number of ramps long closed due to the project are back open, including:

More ramps are expected to open later Friday, including the two new ones; I-35W north to 28th St, and I-35W south, which provide a connection to Lake Street businesses.

“To the residents of Minneapolis, the local businesses, and all Minnesotans who travel on I-35W and I-94, we want to say thank you for patience,” said MnDOT Commissioner Margaret Anderson Kelliher in a press release. “From better pedestrian bridges and improved transit options to new E-ZPass lanes, new ramps and rebuilt bridges, this work will benefit everyone who lives, walks, bikes, uses transit or drives in the area – and with the help of our partners, this project finished on-time and on-budget.”

"We've rebuilt bridges, we've added a couple of ramps to improve access into neighborhoods, we've done some things that we think will ease congestion a little bit, improve safety," said David Aeikens, who's been managing the project for the Minnesota Department of Transportation.

The $239 million Downtown to Crosstown Project includes a new Metro Transit bus station, promising a much quicker ride for people to get downtown, with added access to Lake Street and "Eat Street" on Nicollet Avenue.

Where business owners like Gus Parpas, owner of Christo's Greek Restaurant have been boiling over with anticipation of this project wrapping up allowing businesses in the area to thrive again.

It's a moment of closure that's bittersweet for those who've worked tirelessly over the last four years.

"A lot of different companies – and everybody – worked together well and safely for the most part," said Giefer.

On a project turning commuting setbacks into a smooth ride for decades to come.

"We're going to load up here, we're getting out of here man they're going to turn her loose, turn the keys over," said Giefer.

MNDOT plans to host a Street Fair on East Lake Street from 11 a.m. to 2 p.m. Sunday, between Stevens Ave. and 2nd Ave. S, celebrating the re-opening of the highway,, which officials say should be in good shape for the next 50 to 70 years.