Victim-survivor advocates in Minnesota say the "MeToo Kit" poses a series of problems. 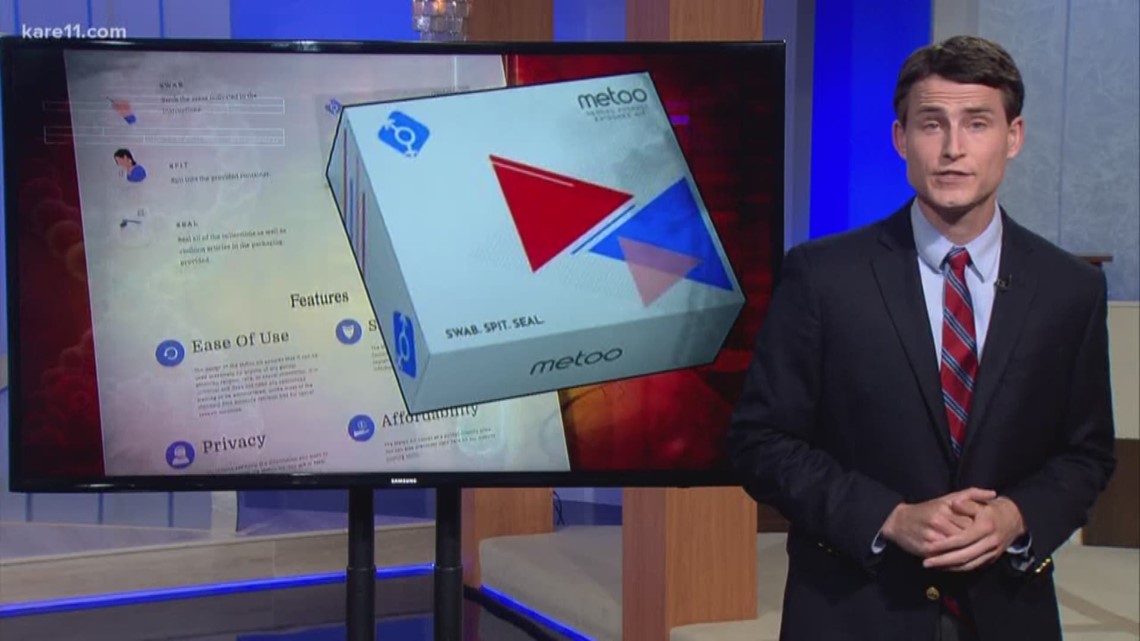 MINNEAPOLIS - The "MeToo Kit," billed as potentially the nation's first at-home rape kit when it reaches the market, is raising red flags across the country and has now caught the attention of at least three advocacy groups in the Twin Cities as well as State Attorney General Keith Ellison.

The kit, developed by a Brooklyn-based startup, would allow victims to collect evidence "after a sexual assault or rape, without the authorities and without hospital intervention," according to a video posted by the company's founders. Although the product is not available to consumers yet, MeToo Kit Company pledged on its website to reach out to businesses, college campuses and pharmacies, arguing the kit "empowers survivors to accurately collect evidence in a setting and timing of their choice."

Madison Campbell, the founder of MeToo Kit Company, told KARE 11 over the phone late Wednesday that the product offers an alternative to victims, who may find the exam and reporting process daunting after the trauma of a sexual assault.

However, representatives for the Aurora Center for Advocacy and Education, the Minnesota Coalition Against Sexual Assault (MNCASA) and the Sexual Violence Center each told KARE 11 that the at-home kit could pose a series of problems for victim-survivors of sexual assault and rape. They argue a kit performed at home could be a dangerous alternative to a forensic exam conducted by a trained professional at a hospital emergency room, and they say it could jeopardize law enforcement investigations by disrupting chain of custody.

After Michigan's attorney general sent a cease-and-desist letter to the company last week, a spokesperson for Minnesota Attorney General Keith Ellison confirmed on Wednesday his office is aware of the MeToo Kit. Ellison spoke with MNCASA about the kit earlier this week.

"We've just begun to look into what we can do in Minnesota," spokesperson John Stiles said in an email.

Nicole Weiler, the director of systems change at the Sexual Violence Center in Minneapolis, said the at-home kit cannot compare to the exams given at emergency room hospitals. Those exams, which include treatment for STI and pregnancy, can also be done alongside a survivors' advocate.

"I would hate to see victim-survivors spending their money on an evidence collection kit that might fail them," Weiler said. "If you are doing evidence collection at home, you don't necessarily have the support of someone who has been there and understands this."

When a victim undergoes a free forensic exam at a hospital, there is no obligation for that person to make a report to law enforcement. However, if the victim does wish to pursue the case in the criminal justice system, hospitals follow clear chain of custody protocol to ensure the rape kits are not compromised.

The MeToo Kit Company argues on its website that it has a "multi-step plan" to protect chain of custody, but admits "there is no guarantee that any of the evidence collected as a result of the use of this product will be admissible in court." Michigan Attorney General Dana Nessel, in her warning letter accusing the company of violating trade practices, said the company's "speculation about such admissibility is a poor justification for sales of a product that appears destined to delay sexual assault victims from seeking prompt medical attention."

Campbell, in Wednesday night's phone conversation with KARE 11, said that her company has given strong consideration to chain of custody. Part of the reason the product isn't on the market yet, Campbell said, is because the company wants to sort out those issues first. The company did not have any correspondence with the Michigan Attorney General's Office prior to the cease-and-desist letter, she said.

Weiler, meanwhile, worries the product would be re-traumatizing to victims during the legal process. Victims might need to testify about the legitimacy of their at-home kit, and defense lawyers could be ruthless in trying to poke holes into the chain of custody.

"To introduce doubt into that evidence would be a big challenge," Weiler said, "and make that case almost impossible to prosecute."