A look back at the Mohamed Noor trial

The jury will be sequestered, staying overnight at a hotel. They will not return home until they reach a verdict. 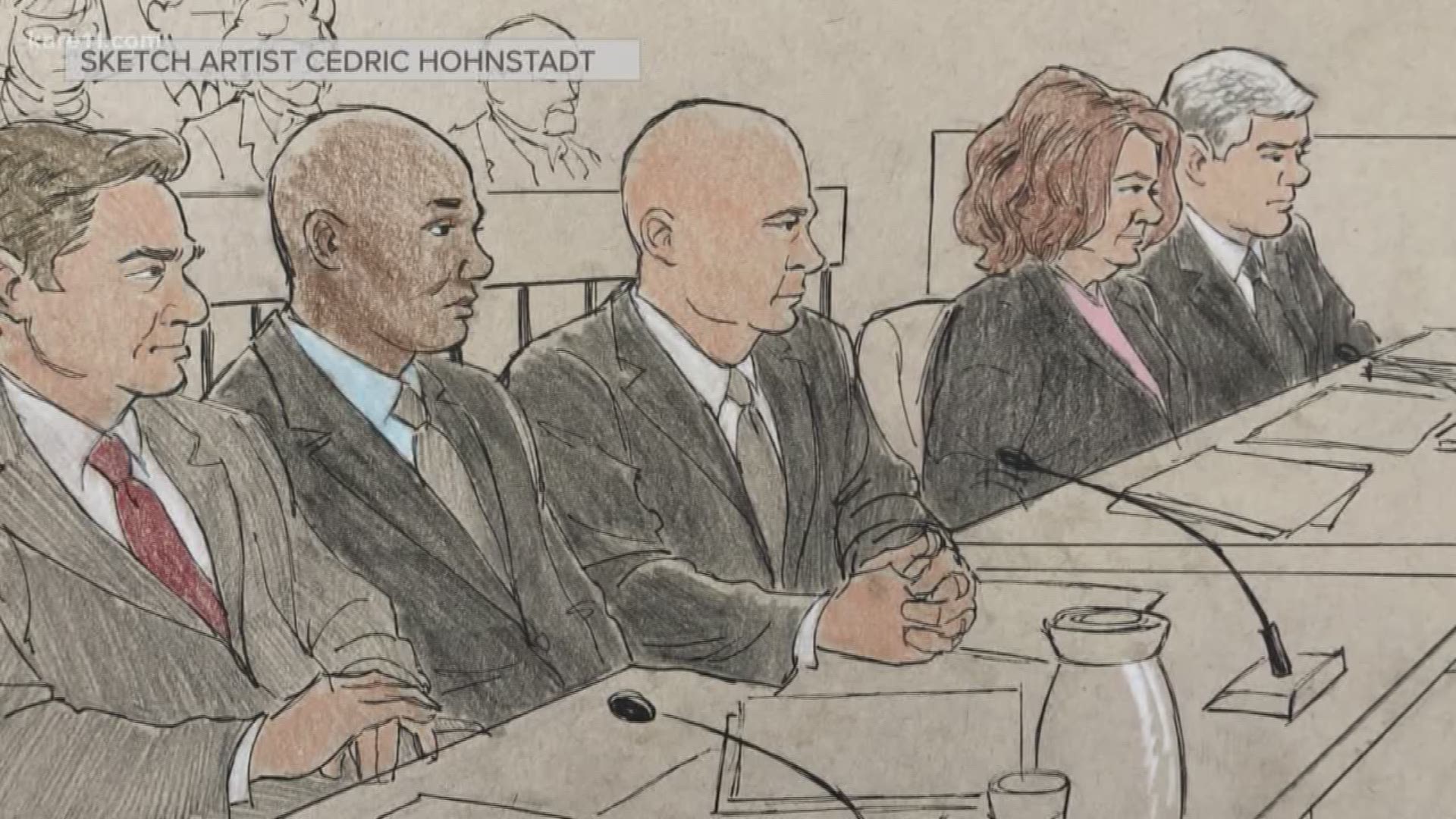 MINNEAPOLIS — Closing arguments are underway in the Mohamed Noor trial.

The defense rested its case Friday after Noor took the stand to describe what happened the night he shot and killed Justine Ruszczyk Damond.

Before closing arguments, the prosecution called on use-of-force experts for rebuttal testimony.

In July 2017, Justine Ruszczyk, also known as Justine Damond, called 911 to report a possible rape behind her home in south Minneapolis. As she approached the responding squad car, Noor, a Minneapolis police officer at the time, shot her through the open driver's side window. Ruszczyk Damond was unarmed.

Noor's trial has been going on for a month now. It started on April 1 with jury selection, which took a week to complete. The jury consists of 10 men and two women, along with four alternates. Six of the jurors are people of color. Overseeing Noor's trial is Judge Kathryn Quaintance.

April 9 marked the first day of testimony. Ruszczyk Damond's fiancé, Don Damond, testified that on the night of the shooting while he was in Las Vegas for work, he spoke to Justine on the phone and her last words to him were, "OK, the police are here."

RELATED: A timeline of the Justine Ruszczyk Damond shooting

Very early on, a lot of the testimony focused on whether or not Ruszczyk Damond slapped the back of the squad car before approaching the officers. The defense claims she did, causing Noor to think he and his partner Officer Matthew Harrity were being ambushed. But the prosecution said there is no evidence that she slapped the squad car prior to the shooting. Later on during the trial, the Minnesota Bureau of Criminal Apprehension's fingerprint expert testified that Ruszczyk Damond's fingerprints were not found on the squad car.

On April 18, Noor's partner, Officer Harrity, testified. He said that after not finding anything in the alley, "I hear something hit the car. Then I hear a murmur. That's when I start reaching for my firearm." Harrity testified he had his own gun out and pointed down and couldn't make out whether the figure at the window was a man or woman or had anything in her hands. Then Noor fired.

Prosecutor Amy Sweasy asked Harrity who would have had the better view of the figure at his window—Harrity in the driver's seat or Noor in the passenger seat. Harrity said, "I'd like to think I did but I can't speak for his view."

April 25 we finally heard from Noor. He testified that he heard a bang and that Harrity yelled, "Oh, Jesus" and went for his gun. Noor said, "He turned to me with fear in his eyes. His gun appeared caught in his holster." Noor said he saw a woman with blond hair in a pink T-shirt raise her arm. "I fired one shot and the threat was gone," Noor said.

Noor later said, "If I knew this would happen, I never would have become a cop."

In cross examination late Thursday afternoon prosecutors got Noor to admit he did not see Ruszczyk Damond's hands, see her holding a weapon or the gold smart phone on which she called 911 to report what she suspected was a sexual assault.

Jury deliberations are expected to begin Monday after closing arguments. The jury will be sequestered, staying overnight at a hotel. They will not return home until they reach a verdict.