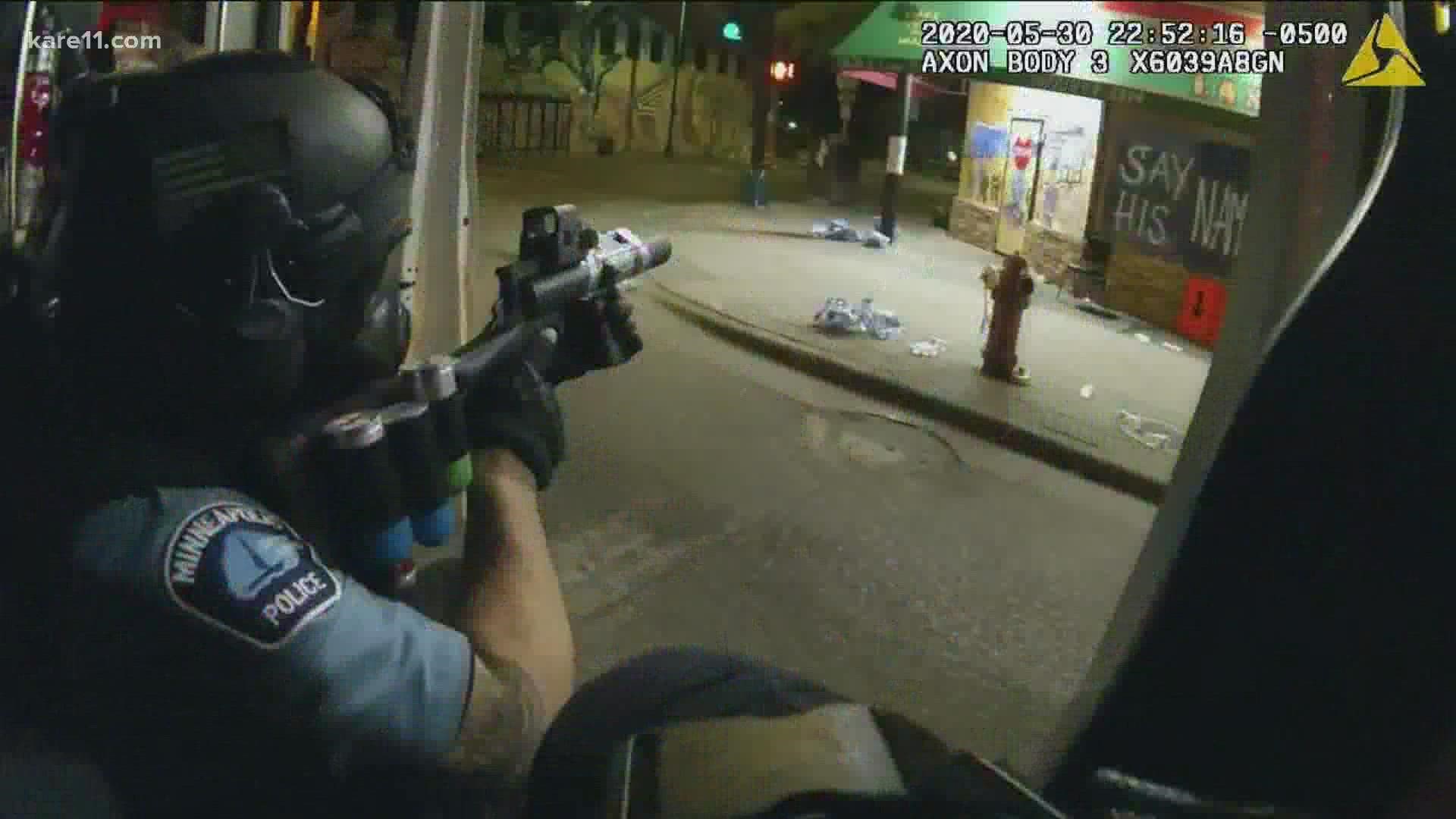 MINNEAPOLIS — Civil rights advocates say they're shocked by body-worn camera footage of officers rolling down Lake Street in an unmarked van looking for curfew violators to shoot with rubber bullets during the George Floyd civil unrest in 2020.

The video was released by Eric Rice, the attorney for Jaleel Stallings, who fired back at officers in the van after they shot him with a 40mm less lethal round on May 30, 2020. The Hennepin County jury acquitted Stallings, accepting that he was acting in self-defense unaware that the people who fired at him were officers.

"They were in unmarked marked cars, they were shooting rubber bullets indiscriminately against individuals in the community who did not pose any threat, who did not pose any reason to even engage them!" Jaylani Hussein of the Council on American Islamic Relations, or CAIR, told reporters Friday.

He called on the officers to be fired, and for Hennepin County Attorney Mike Freeman to prosecute them. The incidents are currently being reviewed by the MPD's Internal Affairs unit.

In one body camera clip Officer Andrew Bittell tells other members of the unit, "Alright we’re rolling down Lake Street. The first (expletives) we see we’re hammering them with 40s,” a reference to the 40mm less lethal rounds, or rubber bullets propelled by cartridges fired from a special launcher

Another officer told Bittell, “Drive down Lake Street. Shoot. You see a (expletive) group, call it out. Ok, great. (expletive) them up. Gas 'em!"

Some of the officers took it to heart. One could be heard yelling "Gotcha!" to a protester after firing a rubber bullet and turning to high-five another officer. In other footage, officers can be seen firing at people gathered on side streets or guarding businesses.

In another one clip Commander Bruce Folkens is heard telling an officer, "Tonight it was just nice to hear, 'We're gonna find some more people instead of chasing people around. You guys are out hunting people now, it's just a nice change of tempo … (expletive) these people."

According to the city staff, Folkens worked his last day with MPD on July 31, 2021.

Jaylani and other advocates say they're surprised more city leaders aren't outraged by the revelations. They're calling on a full review of all of the body camera footage from the uprising following the killing of George Floyd.

"We want to know exactly what happened, who made the decision to tell police officers, 'We are now going hunting people'! Who tells people to go hunt people?"

Nekima Levy Armstrong, a civil rights attorney and founder of the Racial Justice Network, questioned how the prosecutors in Hennepin County Attorney's Office could've watched the video and still brought charges against

"It makes no sense that Mike Freeman's office could have possession of the videos that were recently released and decide to charge the wrong person!"

The activists said they were also disturbed by comments made by then-Sgt. Johnny Mercil caught on tape, as a group of officers contemplated making arrests in a crowd of protesters.

"It's time to start (expletive) put … people in jail and just prove the mayor wrong about these white supremacists from out of state." The implication was that they could prove Democratic politicians were wrong about anarchists and supremacists invading the riot zones if they arrested more local protesters.

Mercil went on to say, about the same crowd, "Although this group probably is predominantly white because there's not looting and fires."

Mercil, who was also a use-of-force trainer in the department testified for the prosecution in the Derek Chauvin murder trial. According to the city staff, Mercil's last day on the job was May 4, 2021.

All of the other officers who were seen on video shooting rubber rounds at civilians, as well as the officer who kicked Stallings, are still with the MPD in some capacity. They're either working or on leave but haven't formally separated from the city.

Mayor Jacob Frey took to Facebook to say many of the videos that have surfaced recently are appalling and antithetical to what society expects from law enforcement officers. He cautioned, however, that the process of disciplining or terminating officers is very complex and time-consuming.

"Our civil rights department is charged with gathering evidence, conducting interviewers, gathering as much information as they possibly can to build a thorough case," Frey said in a Facebook video.

"Because if they don’t, the decision to discipline or terminate is highly likely to get overturned by an arbitrator."

None of this footage would've come to light if not for the county's decision to charge Stallings with firing at the officers who fired the less lethal round at him from the van.

In surveillance footage of the incident Stallings can be seen falling to the pavement, dropping his firearm and laying flat facedown immediately after he realizes the men in the van are Minneapolis Police officers. One officer can be seen running at Stallings, kicking him in the head and cursing at him.

Officers claimed, both on video and in police reports, that they struck Stallings because he was resisting arrest. But the surveillance video clearly showed he was not, and the body camera footage showed him struggling to speak to the officers who had surrounded him.

Stallings has a Minnesota permit to carry a gun. His attorney said Stallings had heard multiple media reports of white supremacists coming to Minneapolis from across the country to create chaos, so he assumed that was who was firing at him.

Hennepin County District Judge William Koch, in a ruling that allowed Stallings to proceed with a self-defense case in court, noted that the officers working out of the van -- unit 1281 -- had taken an especially aggressive approach to civilians they encountered.

Judge Koch also noted the context of the operation the officers were involved in, after days of trying to quell crowds that included peaceful protesters as well as those bent on destructions. The incident also happened after rioters had burned the 3rd Police Precinct and burned businesses in several commercial corridors in Minneapolis and St. Paul. 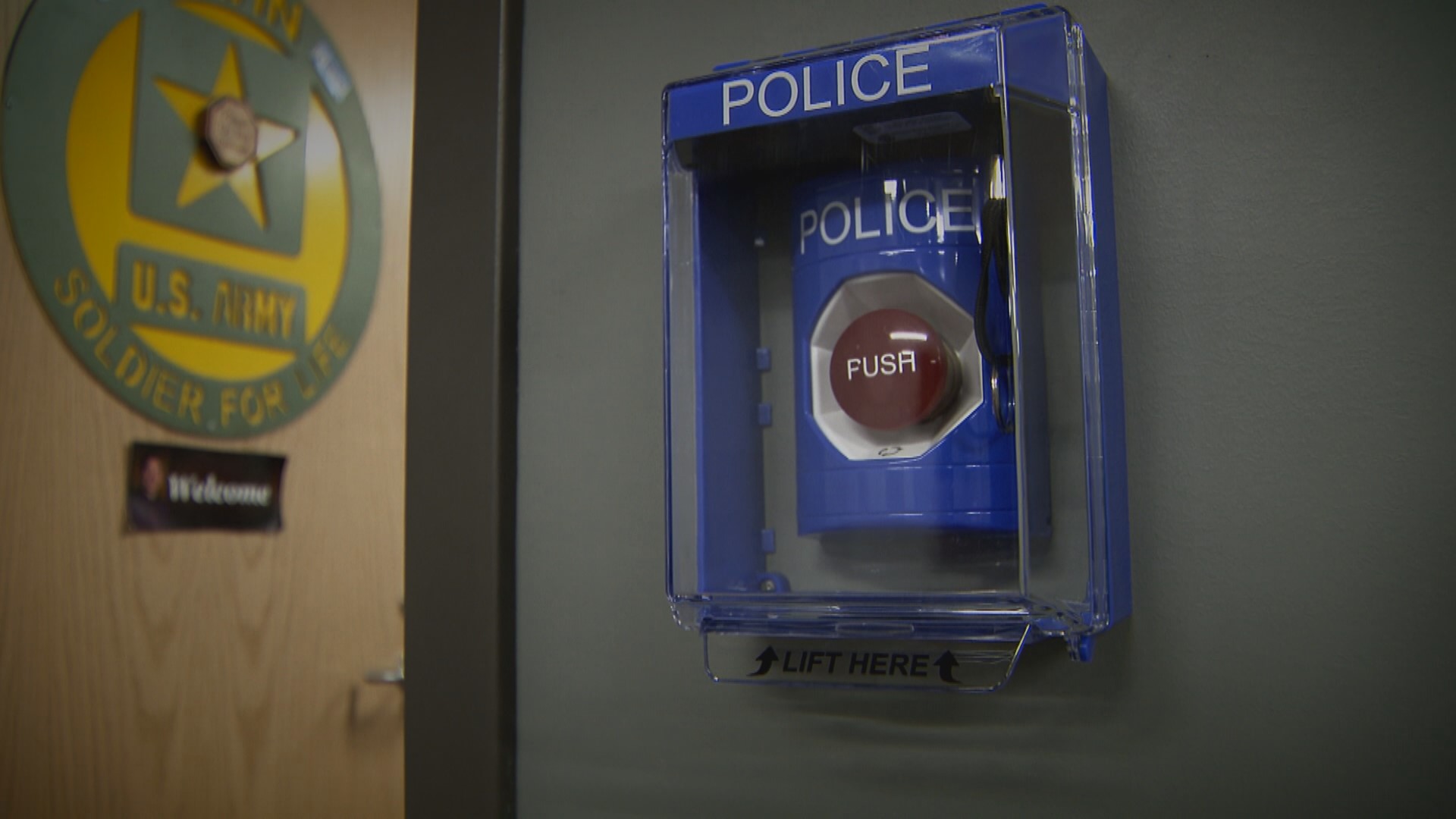