Taylor and Lance Thompson had a somewhere between one in 11 million and 15 million chance of naturally conceiving identical quadruplets. 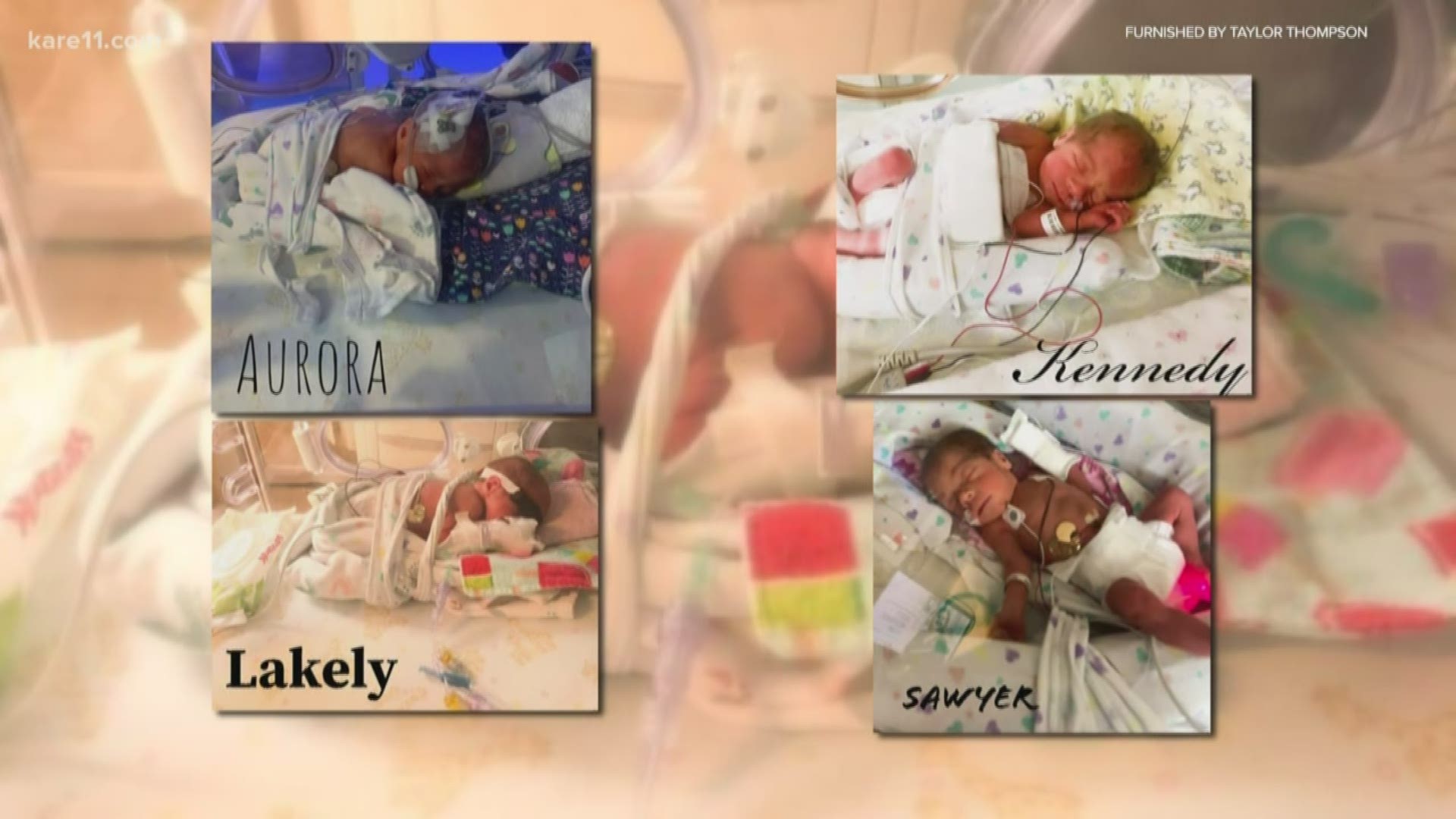 MINNEAPOLIS — An Albertville couple welcomed a set of identical quadruplet girls into the world on March 11. Sawyer, Kennedy, Lakely and Aurora Thompson were born to Taylor and Lance Thompson, who were definitely taken by surprise when they first found out about their odds.

"Lance and Taylor have a 19-month-old son, named Linden," reads their GoFundMe. "They decided they were ready for baby number 2! When they went to the first ultrasound, well they were shocked, to say the least! The chances of this happening naturally are 1 in an 15 million chance!"

Taylor Thompson told KARE 11 that she is doing well after the births. She said she and her husband are extremely busy but happy that their daughters and their son are all doing well.

For updates from the Thompsons or to support them, check out their GoFundMe.