"When the first patient came in, it was a really good feeling," said Carmen Ylitalo with Allina Health. 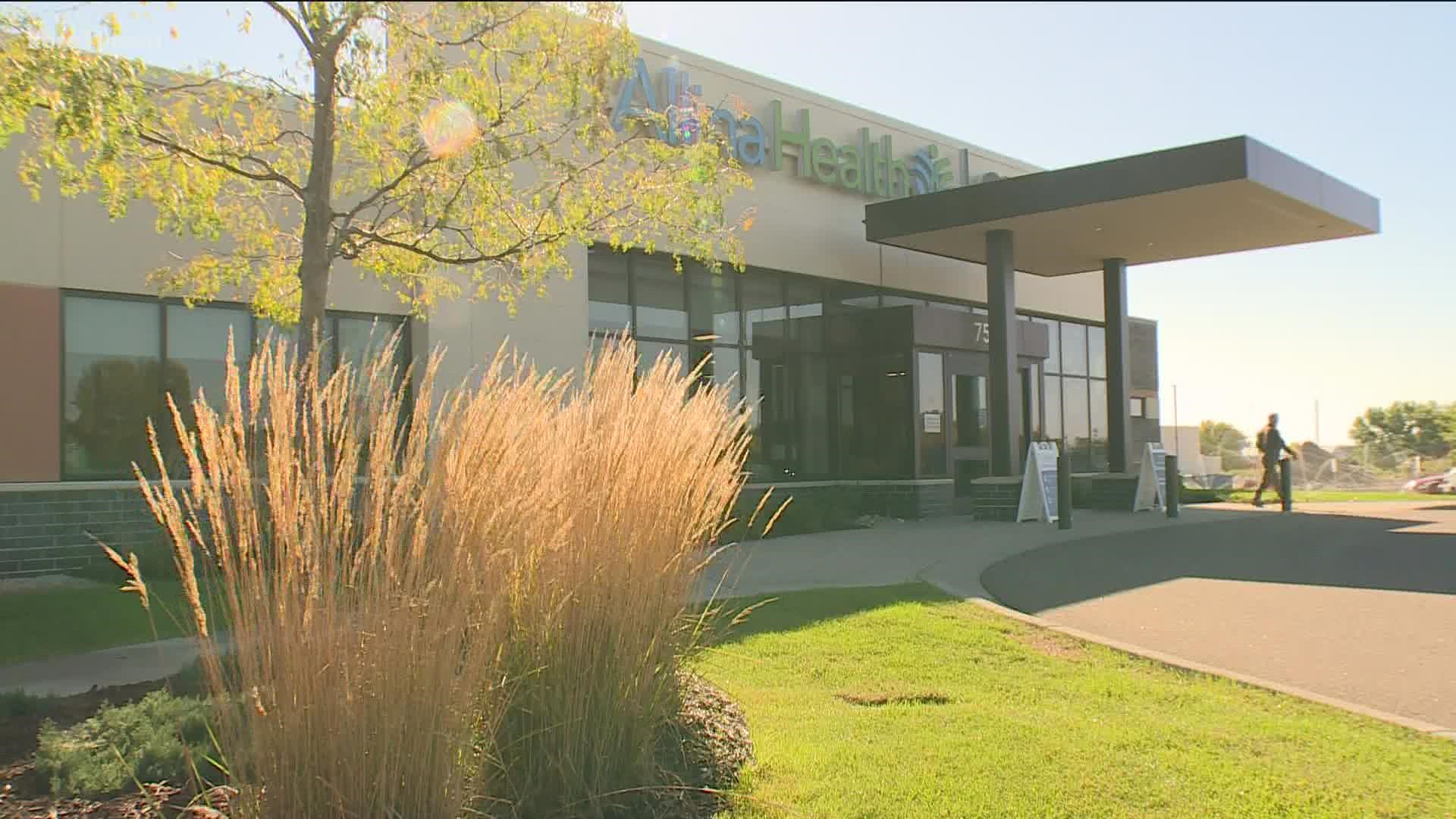 "Pretty emotional day for her and everyone involved," said David Simonson. His wife works at the clinic and was inside during the deadly shooting on Feb. 9.

Simonson and his son brought her flowers, along with doughnuts for the staff on Monday morning.

"She was really nervous. She took a few days off and went to go see her daughter up in Duluth to spend some time, kind of get away and clear her mind," Simonson said.

Gregory Ulrich is accused of shooting five people inside the clinic back in February. He is charged with second-degree murder, attempted murder and setting off explosive devices.

Despite questions about his mental state and addiction to opiates, Ulrich in August was found competent to stand trial.

One of the victims — 37-year-old medical assistant Lindsay Overbay — died from her injuries.

Allina Health Clinic – Buffalo Crossroads employees were able to visit the site ahead of Monday's reopening. They had been working at four different locations since the shooting.

"When the first patient came in, it was a really good feeling," said Carmen Ylitalo, regional director for the northwest region of Allina's primary care service line.

According to Ylitalo, an emotional support dog and two counselors were available on site Monday.

The renovations include revamped security measures. While Ylitalo said she could not get into the details for safety reasons, she added, "Just this morning one of our doctors told me he feels really good about being back in the space and feels good about the changes that were made. So that was really, really gratifying."

The clinic is now lighter and brighter inside. Local art is featured throughout the building, including hundreds of golden origami cranes. A buffalo statue outside the clinic represents "Buffalo Strong." Staff named the buffalo "Phoenix."

"What it feels to me like is that people came here with a lot of resolve and a lot of hope," Ylitalo said.

Anyone who wishes to send well wishes to clinic staff can email them to BuffaloCrossroads@Allina.com.