An app to improve relations between police and people with disabilities has grown in popularity since launching last year, as more than two dozen departments in Minnesota now use the technology. 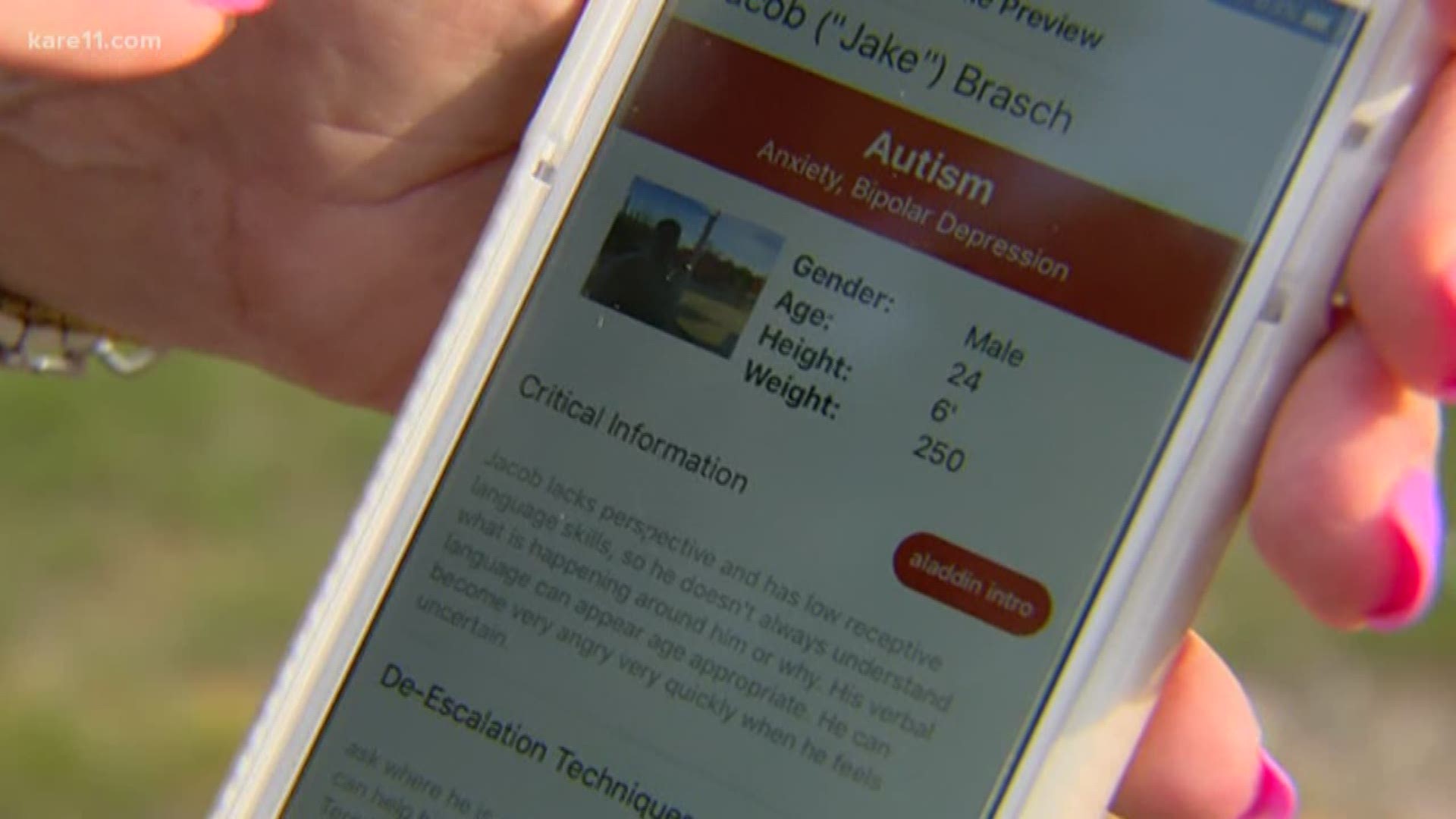 FARMINGTON, Minn. - A year after launching, a new smartphone app for people with disabilities is quickly becoming a staple of 21st-century community policing in Minnesota.

A total of 26 public safety departments across the state are now using the Vitals app, which alerts officers or first responders when they come within 80 feet of a person with a condition such as autism, bipolar disorder or schizophrenia.

Developed by a local company, the Vitals app allows family members to create free profiles for their relatives, who then wear electronic beacons to inform police of their presence.

In Dakota County, the Farmington Police Department is the latest to roll out the Vitals app.

Acting Chief of Police Gary Rutherford said most officers already have the apps installed on their phones, and they will be conducting in-house training over the next few weeks.

"If we don't know what sort of condition we're dealing with, we may not know how to handle it," Rutherford said. "With a product like this, we get within 80 feet of a Vitals beacon and the information just automatically populates to our phone. We have it right there at our fingertips."

Users have complete control over the information accessible to police and first responders. Their profile data can include basic personal details, as well as potential deescalation tactics, possible triggers and emergency contact numbers. The information is only available to public safety officers within the 80-foot radius, and it cannot be stored.

In Farmington, Vitals has been on the police department's radar for more than a year, but until recently there were not many local users with profiles. That changed when the Dakota County Department of Social Services began publicizing the technology to potential clients.

"A month or so ago, it started to make sense for us to move forward with it," Rutherford said. "Just having that information available to us immediately, that's the most critical component."

Vitals launched last year under a pilot program with St. Paul Police, in partnership with the Autism Society of Minnesota. According to a Vitals spokesperson, more than 1,500 families have now created profiles, which can even include videos to help a person calm down during a mental health crisis.

More than 1,200 first responders have registered with the app, according to Vitals.

In Minnesota, 26 police agencies are now using the Vitals app, which alerts officers when they come into contact with people who have disabilities. It's designed to provide officers with immediate, real-time information on deescalation techniques and emergency contacts. @kare11 pic.twitter.com/3bVOuqEfII

Two departments in Ohio decided to implement Vitals after learning about the technology, but the rest of the active departments are located here in Minnesota. Participating agencies span all corners of the Twin Cities and beyond, from Plymouth to Brainerd to South St. Paul to Roseville, just to name a few.

Apple Valley Police started using Vitals earlier this year. Capt. Nick Francis said officers have not yet encountered anyone with a beacon during a specific call, but they have received Vitals alerts during general patrol duty.

The officers have used those alerts to proactively engage with Vitals app users, even though they were not in crisis at the time, Francis said.

"Just so they know we're there to serve them," Francis said. "We've had great success."

Rutherford likens the technology to a modern version of a medical alert bracelet.