The bill would increase the maximum sentence for attempted first-degree murder of an officer, judge or corrections officer to a life sentence. 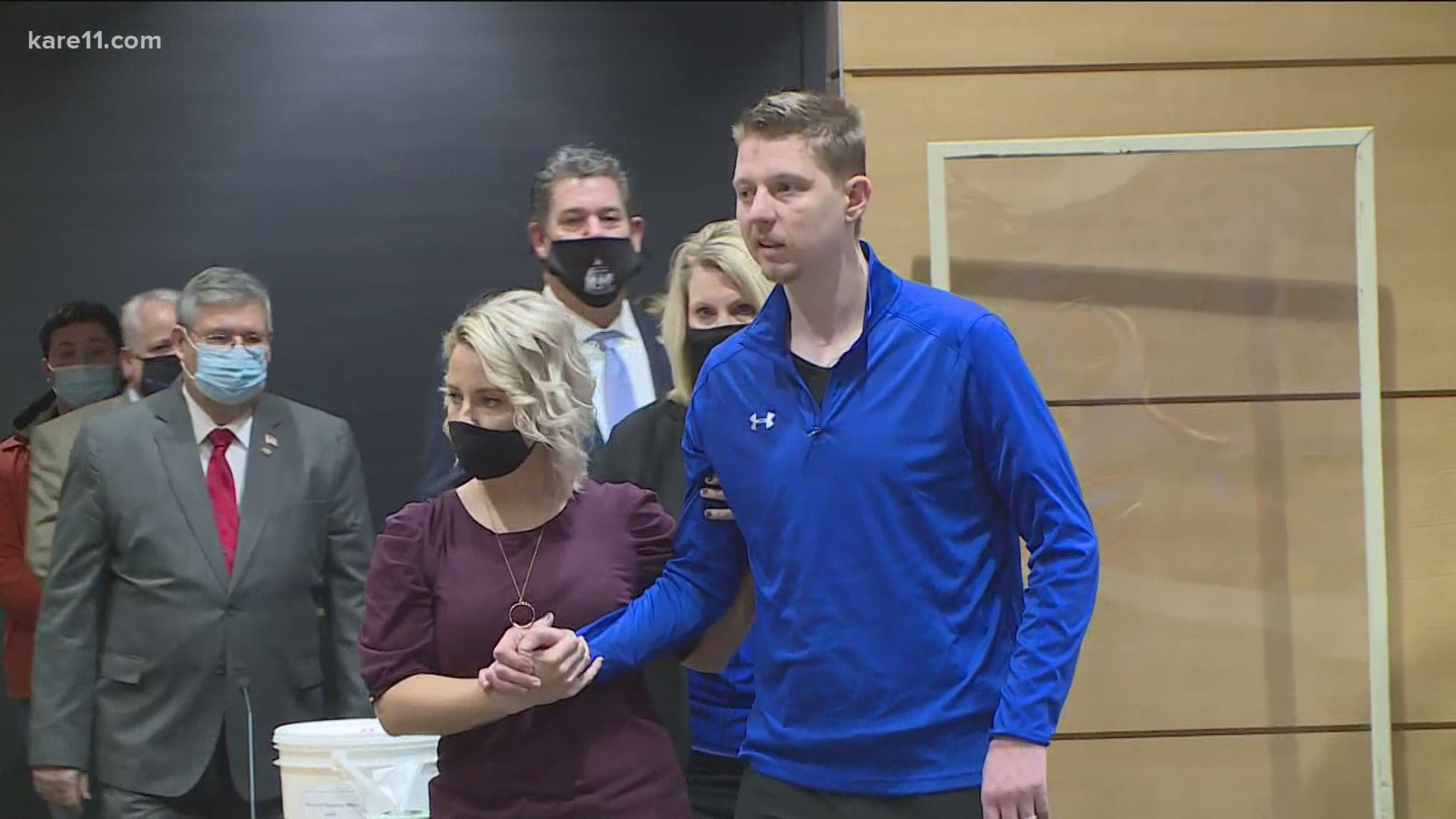 ST PAUL, Minn. — A Waseca police officer who nearly lost his life when a suspect shot him in the head is helping to push a new bill that would increase criminal penalties against those who attempt to murder police, judges or correctional officers.

Arik Matson was at the State Capitol Thursday with State Senator John Jasinski (R-Faribault) and State Rep. John Petersburg (R-Waseca) as they introduced Senate File 82. The bill would increase the maximum sentence for attempted first-degree murder of an officer, judge or corrections officer from 20 years in prison with release after serving two-thirds of the sentence, to a life sentence with a minimum of 30 years served behind bars.

“By the grace of God, Officer Matson is able to tell us in person why this legislation is necessary,” Petersburg said. “By putting their lives on the line every day, members of law enforcement continue to prove that they are truly heroes. It’s very clear the current punishment for attempting to kill a peace officer and others involved in the apprehension of a criminal is too weak, and the very least state lawmakers can do is strengthen these penalties.”

Matson was critically wounded the night of January 6, 2020, while responding to a report of a suspicious person. Tyler Janovsky shot Matson in the head, and later was sentenced to the maximum 35-year sentence after pleading guilty to two counts of attempted first-degree murder of a police officer. He will be eligible for release after serving two-thirds of that sentence.

"I wish I could say this would be the last time we’d have to prosecute this crime, but unfortunately that’s probably not going to be the case," Matson said at a press conference. "Thank you for acknowledging that our jobs as police officers are never normal and that we have a number of circumstances that can go wrong and be very tragic."

Matson spent months in care and rehabilitation facilities recovering from severe brain injuries. He recently was able to return home to his family, but will forever deal with the impact of the shooting.

"Thank you for all the support this past year, the prayers and kind gestures from everybody," Matson reflected. "It's been amazing but it's definitely been a whirlwind to recover."

"Every day gets a little easier for our family, and we appreciate the support of the community as we move along in our journey," said Matson's wife Megan. "This legislation will help make sure law enforcement members and their families will have the full support of the justice system with them when a person tries to keep that law enforcement officer from ever seeing their family again.”

The bill is supported by the Minnesota Police and Peace Officers Association.