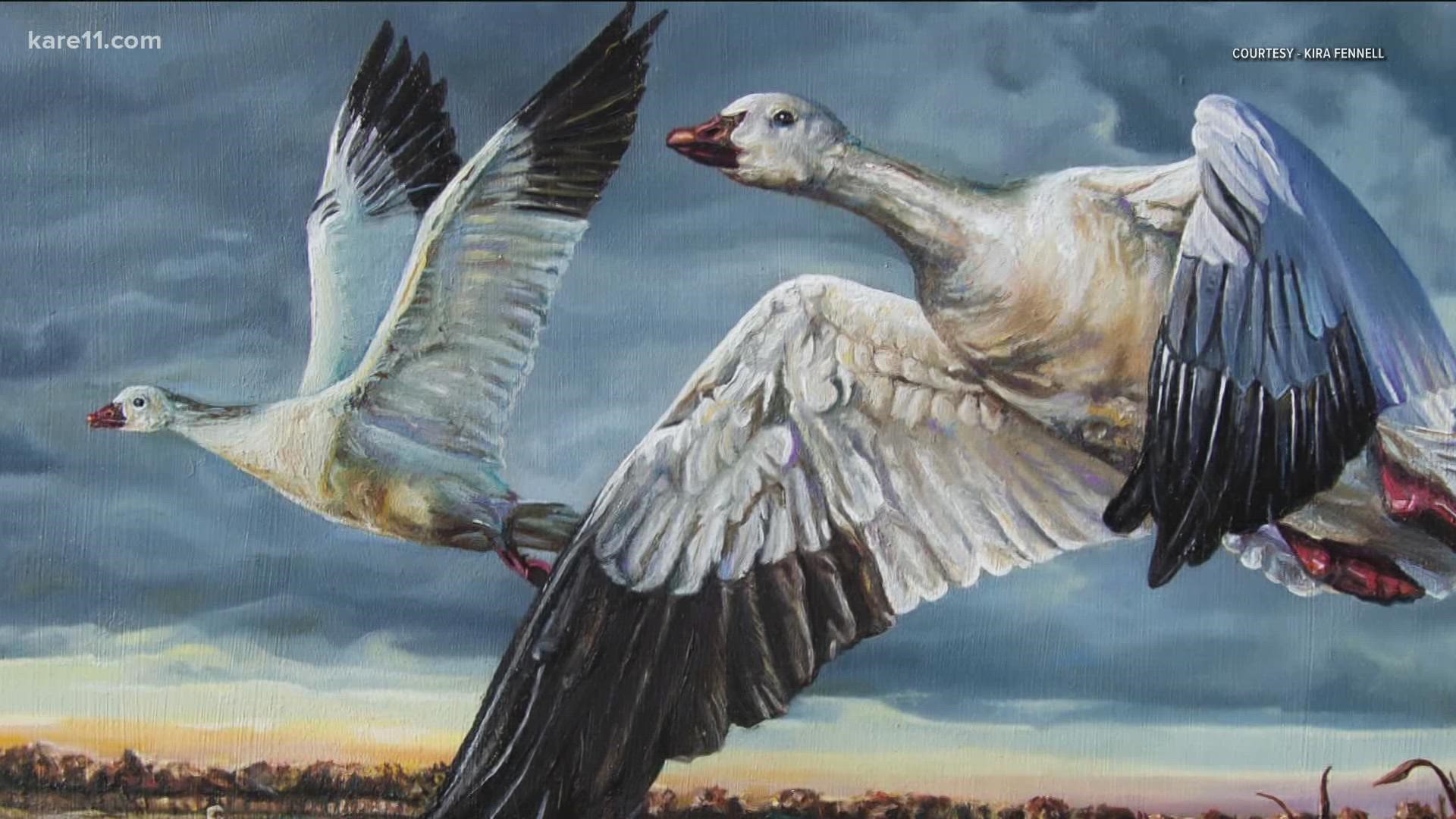 INVER GROVE HEIGHTS, Minn. — Wildlife officials say it is one of the most successful conservation tools in its tool belt - the annual federal duck stamp competition.

A young, local artist is throwing her hat in the ring again this year and she's using social media to drum up support.

Kira Fennell went viral on TikTok for showcasing her work to try and win that competition, and her latest video has more than two million views.

It's the third time in a row she's entered the contest, which is put on by the U.S. Fish and Wildlife Service. The winning artist's drawing will grace a $25 permit waterfowl hunters must have, and one conservationists want to help raise money to protect wildlife habitat.

"I think the part of the TikTok that was successful was it is just in my living room and it’s just me painting, and it’s not some big production. It was just like, here, let me show you what I’m doing," said Fennell.

Fennell hasn't made it very far in the competition before. Three Minnesota brothers have dominated for about a dozen years.

But the recent Minneapolis College of Art and Design graduate combines impressionism and realism and has studied past winners "aggressively." She stands a good chance this time with her rendition of a Ross's Goose.

"This is a big launching point for your career," said Fennell. "You could have a really successful wildlife career after, if you want to, and it’s a just a great thing for the resume."

She'll compete against about 200 other artists across the country. There's no prize money, but Fennell says with her newfound fame and support around the world, she already feels like a winner.

"To tap that and to have it be something that promotes conservation as well is everything I could have asked for," said Fennell.

Five expert panelists will judge all the entries this weekend and Fennell will know how she did by then.

She said if she wins she plans to order a pizza.