In less than a week, roughly 100 people have moved into the park 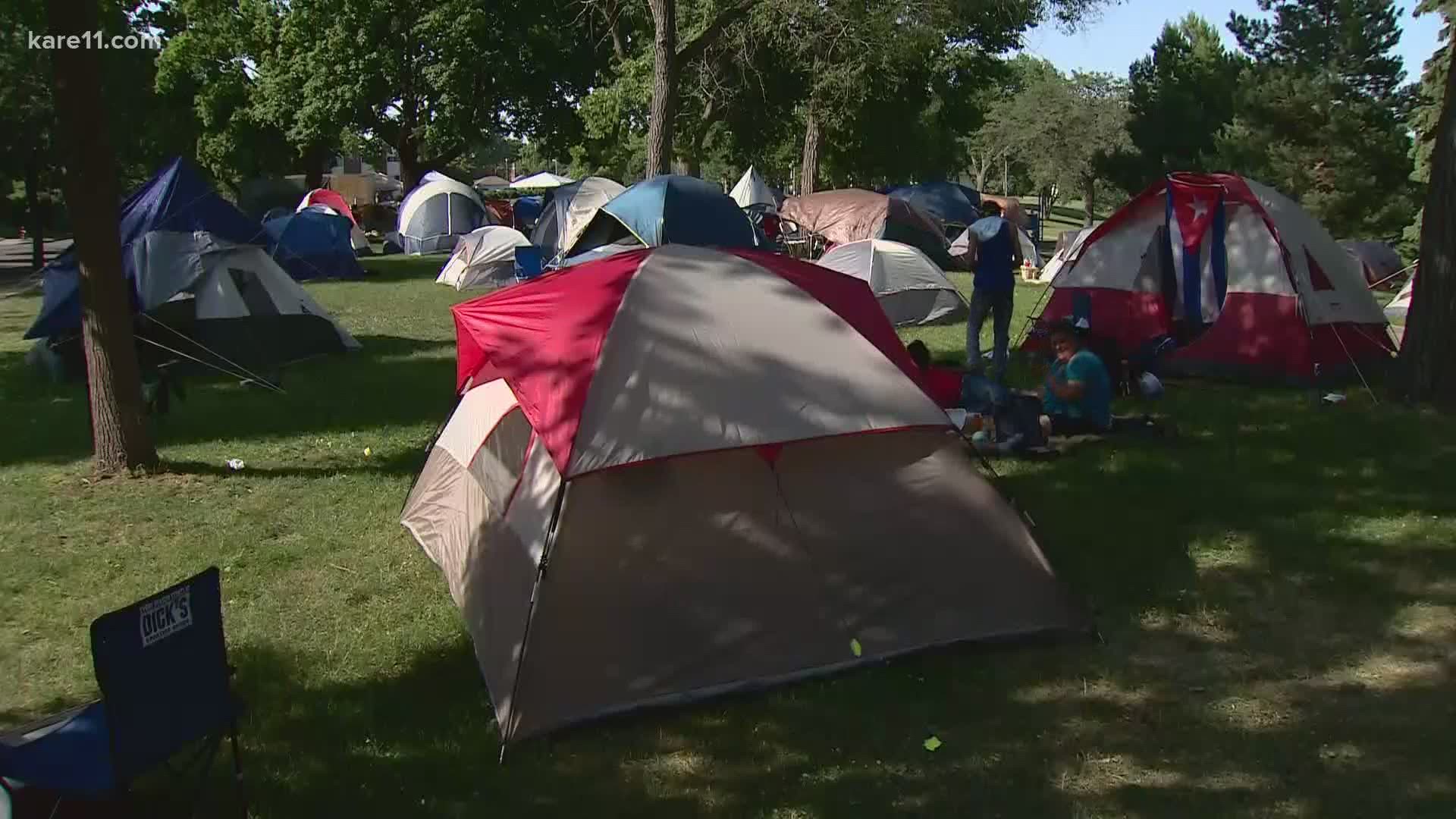 MINNEAPOLIS — A group of neighbors is demanding elected officials respond to a growing homeless encampment near Powderhorn Park.

From a handful of people six days ago, two camps have now sprung up on the east and west sides of the park, with roughly 100 residents now being fed by volunteers and living in mostly donated tents.

“We demand to know our elected officials' response to the emergency humanitarian situation in Powderhorn Park,” Lily Lamb, a neighbor who helped organize a meeting in the park on Tuesday night, said.

Lamb demanded a plan from elected officials by Friday.

Meeting organizers took care to be sensitive, demanding no evictions without alternative housing.

But for others the concern is immediate.

Neighbor Pat Kerrigan warned of people preying on residents of the camp. “You have drug dealing, you have prostitution and you have sex trafficking,” he said.

Another neighbor, Sara Thompson, expressed concern about the children, those living in the camps and those from the neighborhood.

“How do we protect them in the park?” she asked.

Some residents of the camp sought shelter after being evicted from the Midtown Sheraton hotel, which had been serving as a temporary shelter.

That was not the case for Carlos and Marlo Enrique, who spotted other tents in the park and decided to set theirs up too.

“The park, it's my favorite park,” Carlos said.

The married couple has been homeless for 15 years. “People need help getting put on their feet,” Marlo said.

Another homeless man named John rejected the notion that he and the others should leave the park. “God gave us this. We should stay wherever we want,” he said.

MORE NEWS: Walz: Minnesota Zoo on the brink of closure without funding from legislature