Coffee pairings to hit the spot

Anyone can bring a bottle of wine to a holiday party, but this season, Tony Querio from Spyhouse Coffee Roasters has a different idea. 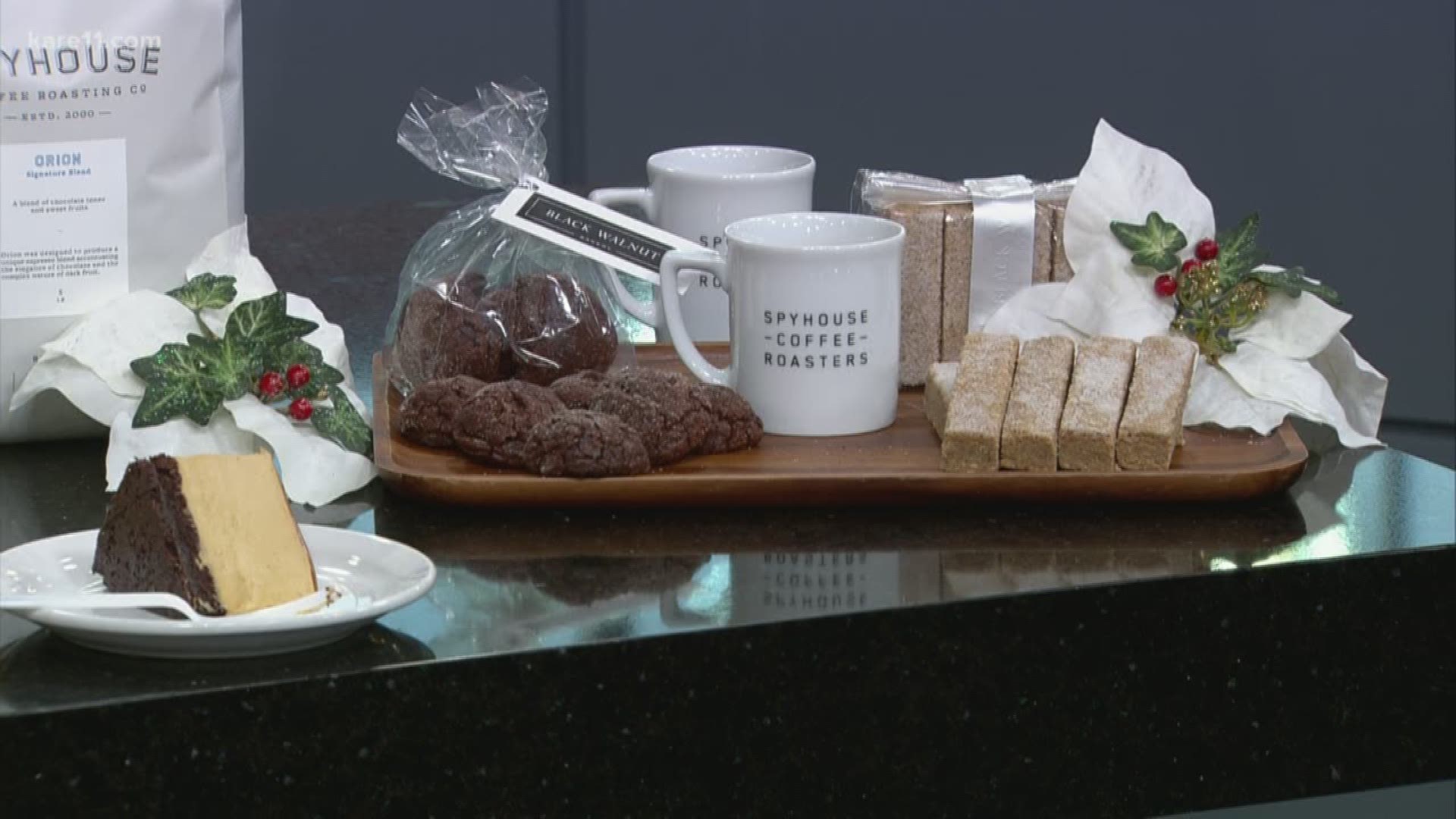 GOLDEN VALLEY, Minn. — Anyone can bring a bottle of wine to a holiday party, but this season, Tony Querio from Spyhouse Coffee Roasters has a different idea that just might hit the spot. Today on KARE News@4 the Director of Coffee showed how to pair classic holiday desserts and cookies with flavorful coffees from around the world. Think notes of fig, juniper berries, orange marmalade, fudge brownie and more!

Mujeres Unidas - flavors of orange marmalade, red grape, fudge brownie, The chocolate foundation of this coffee is offset by a touch of sweet orange and red fruit. This coffee is perfect to pair alongside pantone desserts, or a nice fruitcake.

With sugar cookies being fairly neutral in flavor, primarily being vanilla, Tony says most coffees pair well with them. Of his Spyhouse offerings, he suggests their signature blend, Orion, but they will also pair well with whatever coffee you have at home.

For baking with coffee there are two strategies. The first is to go with something darker to maximize the classic coffee flavor. The other angle is to use a more bright flavor to add complexity. Both work really well in chocolate based items, either as part of the liquid or finely ground in.