Minnesota RØKKR preps for esports event at the Armory this weekend

Starting Friday, Jan. 24, some of the best Call of Duty players in the world will be competing at the Minneapolis Army during the Call of Duty League Launch Weekend. 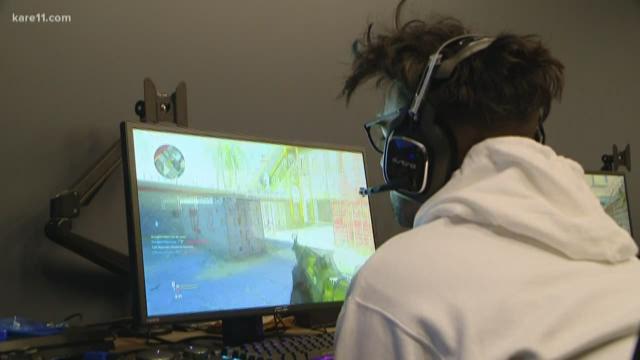 EAGAN, Minnesota — Minnesota is about to be front and center in the world of esports.

Starting Friday, Jan. 24, some of the best Call of Duty players in the world will be competing at the Minneapolis Army during the Call of Duty League Launch Weekend.

"Leading up to the event, our training is pretty extreme. I pretty much wake up, eat, and by the time I come back home it's ready for bed. It's 12 hours a day, 12-14 hours by the time we go over our film and scrim all the other teams," said Justin "SiLLY" Fargo-Palmer.

Fargo-Palmer is one of seven players part of Minnesota RØKKR. Their sole focus is on Call of Duty.

"They're incredibly serious professionals and incredibly dedicated to their craft," said Brett Diamond, COO of Minnesota RØKKR and WISE Ventures Esports. "If you want to be the best at anything, you have to work at it and these guys are very dedicated and that's what they do."

While putting together the Minnesota team, Diamond said they were mindful about wanting to build a fan base in the region.

"It was fundamental... that we have the players living here. That we had the players being a part of this community," Diamond said. According to Diamond, they turned down signing other players who weren't willing to move to Minnesota.

"We like the idea of them being under one roof playing together. When they're done with practice, they take off the headsets... they can compare notes. The coaches, live and in person, coaching them up and working on the strategies in the game," Diamond said.

Minnesota RØKKR is slowly moving into its team headquarters—an 11,000 square-foot training facility on the Vikings Lakes Campus in Eagan. The team is operated by WISE Ventures Esports, under the ownership of the Wilf Family (owners of the Minnesota Vikings) and investor Gary Vaynerchuk.

"There's a handful of esports organizations that have built their own facilities. For us, we think this is, if not the best, pretty close to it. Certainly one of the top few," Diamond said.

It's part of a movement in esports as the business model evolves. According to Newzoo, the industry raked in more than $1 billion in 2019.

The competitive world of organized video gaming has millions of fans and players go after huge cash prizes.

"The way we view it as a team and as an organization is that esports is the next evolution of sports in entertainment and there are more and more eyeballs on it every day. The numbers are real. The audience is real," Diamond said.

"We will have enormous video boards... a lot of production is going into this. The way it's set up, you'll have the two teams facing off on the stage. The action is projected on a giant video board that we brought in above there," Diamond explained.

12 teams will be competing—nine from the United States plus teams from Toronto, Paris and London.

"We've strictly been practicing for three months just for this event so it's definitely a long time coming," Fargo-Palmer said.

Diamond added, "We want to give anyone that has an interest the chance to come out and be a fan."

The Call of Duty League Launch is at the Minneapolis Armory Jan. 24-Jan. 26.

You can buy tickets at rokkrtickets.gg.

Prices range from $25 for standing room only, all the way up to $150 for VIP treatment.