Sampling of an array of Irish whiskeys, liquors and creams. 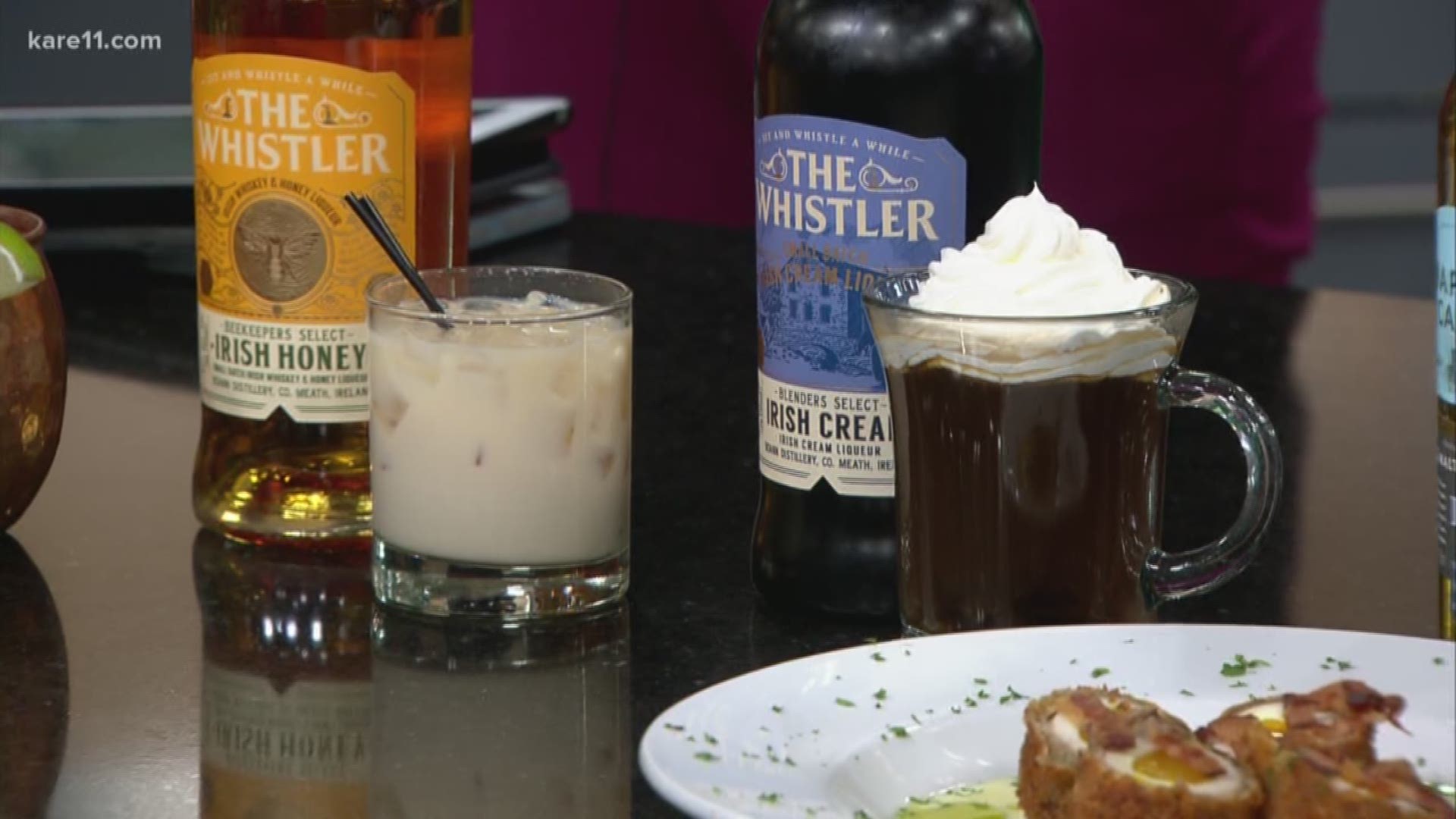 GOLDEN VALLEY, Minn. — St. Patrick’s Day is just a week away and it’s time to get ready to celebrate the Irish.

Sydney Mahoney and Peter Kenefick from Emmett’s Public House on Grand joined us on KARE 11 News at 4 to get us into the St. Patrick's Day spirit. From classic Irish Whiskeys, Whiskey Liqueurs and even Irish Creams, there’s something for everyone to feel a little Irish for this holiday.

Emmett’s has a great variety of whiskeys and has brought in 10 new ones just in time for St. Patrick’s Day. They’ve brought one of the new brands featured today as it offers something for everyone, it’s called The Whistler, from family owned Boann Distillery in the historic Boyne Valley of Ireland, and it just launched in the U.S.

And what would St. Patrick’s Day be without the classics of Irish Whiskey and beer? Switch things up this year and give a craft whiskey like the Whistler Double Oaked Irish Whiskey a try. All day we’ll be serving up Whiskey gingers and classic Irish beers like Guinness, Harp, and Smithwick's along with a St. Paul take on Irish Fare. It’s the only time we serve corn beef cabbage.

Peter Kenefick is Mr. Pat for the 54th Annual St. Patrick’s Day Parade in St. Paul. The parade is put on by the Saint Patrick’s Association of St. Paul which is a run 100% by volunteers. Mr. Pat also helps fund raise to get enough money to put on the annual St. Patrick’s Day parade as well as donate any excess to St Paul Charities. This is done through button blitzing where Miss Shamrock, the Princesses, the Blarney Brothers and Mr. Pat sell buttons at local at bars and restaurants. If you see them buy a button to help them reach their goal of 5,000!