As Taliban sweep back to power, veterans watch – and worry

The U.S. has already evacuated about 2,000 Afghan refugees through a special immigrant visa program, but many more thousands are still waiting. 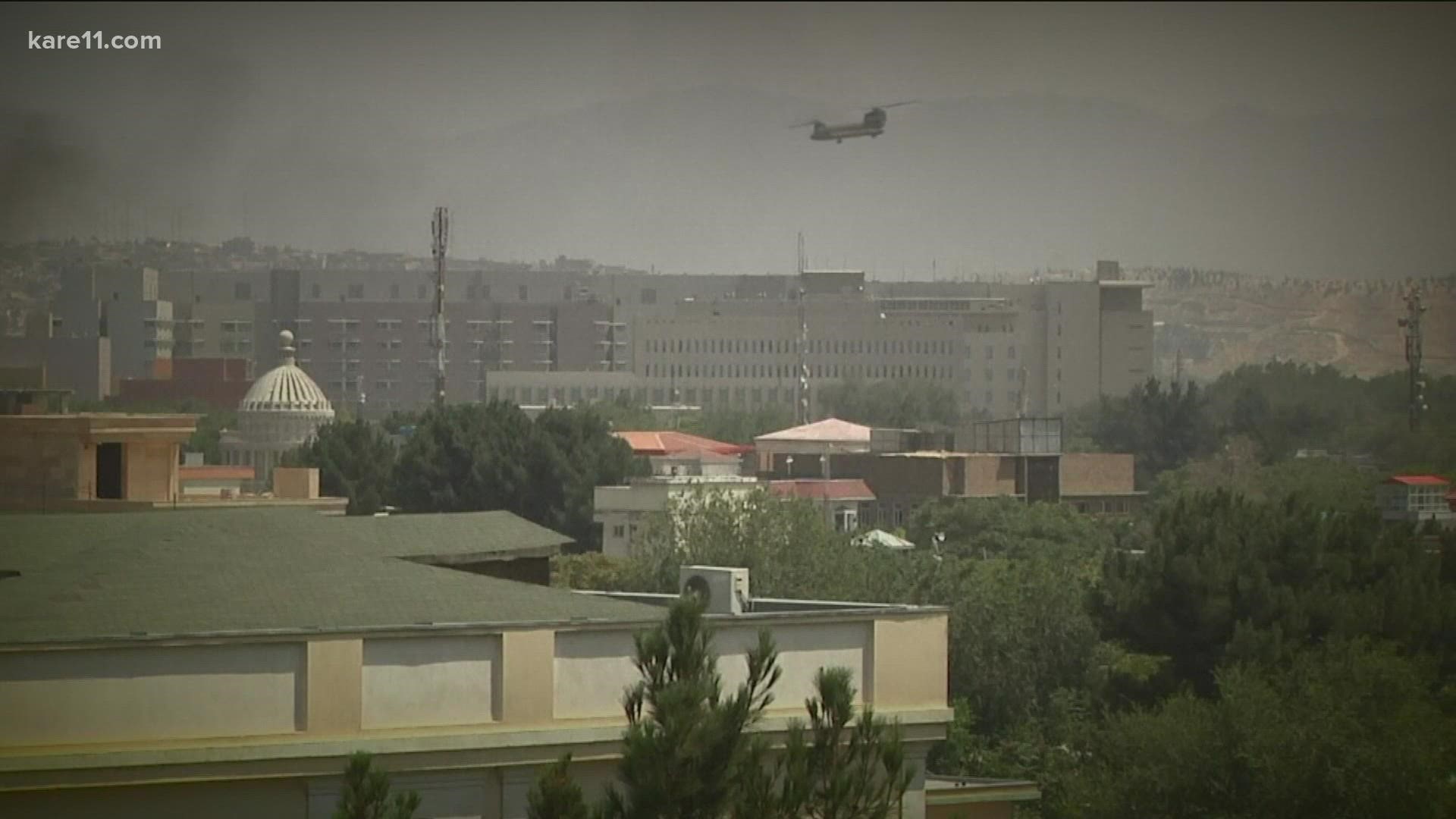 MINNEAPOLIS — Lisa Ghylin Paulson struggles to describe the images she's seeing out of Afghanistan, where the Taliban insurgents she worked to defeat have swept to power again.

"Really sad and aggravating. Emotional is a good word for it," said Ghylin Paulson, who lives in Zimmerman and served in the U.S. Army in Afghanistan from 2006 to 2007 during Operation Enduring Freedom. "To see what's happening, to see borders closing and towns being completely overrun -- it's very fast."

In addition to the U.S. personnel still stationed in Afghanistan, Ghylin Paulson also worries deeply about the Afghan people as many race to escape the Taliban's brutal regime. Specifically, she thinks of the Afghan interpreters she sometimes worked with as an intelligence collector, who she said were "absolutely imperative" to the U.S. effort. Now, with the Taliban back in control, those Afghans and their families could be specifically targeted.

"The biggest thing is getting those people here, or rehomed in a good location. Canada, here, somewhere in Europe," Ghylin Paulson said. "Just get them out of there."

President Joe Biden said in his address to the nation on Monday that the U.S. has already evacuated 2,000 of these intepreters, translators and other Afghan partners -- along with their families -- through special immigration visas. However, thousands are still working their way through the application process.

"In the coming days, the U.S. military will provide assistance to move more S.I.V.-eligible Afghans and their families out of Afghanistan," Biden said. "We're also expanding refugee access to cover other vulnerable Afghans who work for our embassy."

Multiple news outlets have reported that some of the refugees with special immigration visas will be housed at Fort McCoy in Wisconsin, about three hours southeast of the Twin Cities near La Crosse. A Department of Defense spokesperson would not confirm any details.

Mike Bergman, the executive director of resettlement agency Arrive Ministries in the Twin Cities, also told KARE 11 on Monday that his group may be providing housing for up to 35 Afghan refugees by the end of next month. Those numbers are subject to change, he said, but the refugees and their families will be those who "in some way, shape, or form, partnered with the U.S. government or military."

"We're looking for safe, sanitary, and affordable housing," Bergman said. "These are people coming here who are ready to work."

Bergman also said he's been in close contact with his Afghan friends here in the United States.

"Every one of them here are impacted by this, with direct family, with parents, with brothers, with sisters," he said. "One friend said, 'I haven't slept in days, because I'm telling my brother, you've got to flee.'"

Lisa Ghylin Paulson, meanwhile, is particularly troubled by what may happen to girls' education in Afghanistan – an issue she understands first-hand after her service in 2006 and 2007.

"They didn't have it there because of the Taliban," she said. "(Then) they did; and now they might not. And that's so sad. That is so sad."