Christina Koch said the milestones aren't as important as getting the job done, whether you're a woman or a man. 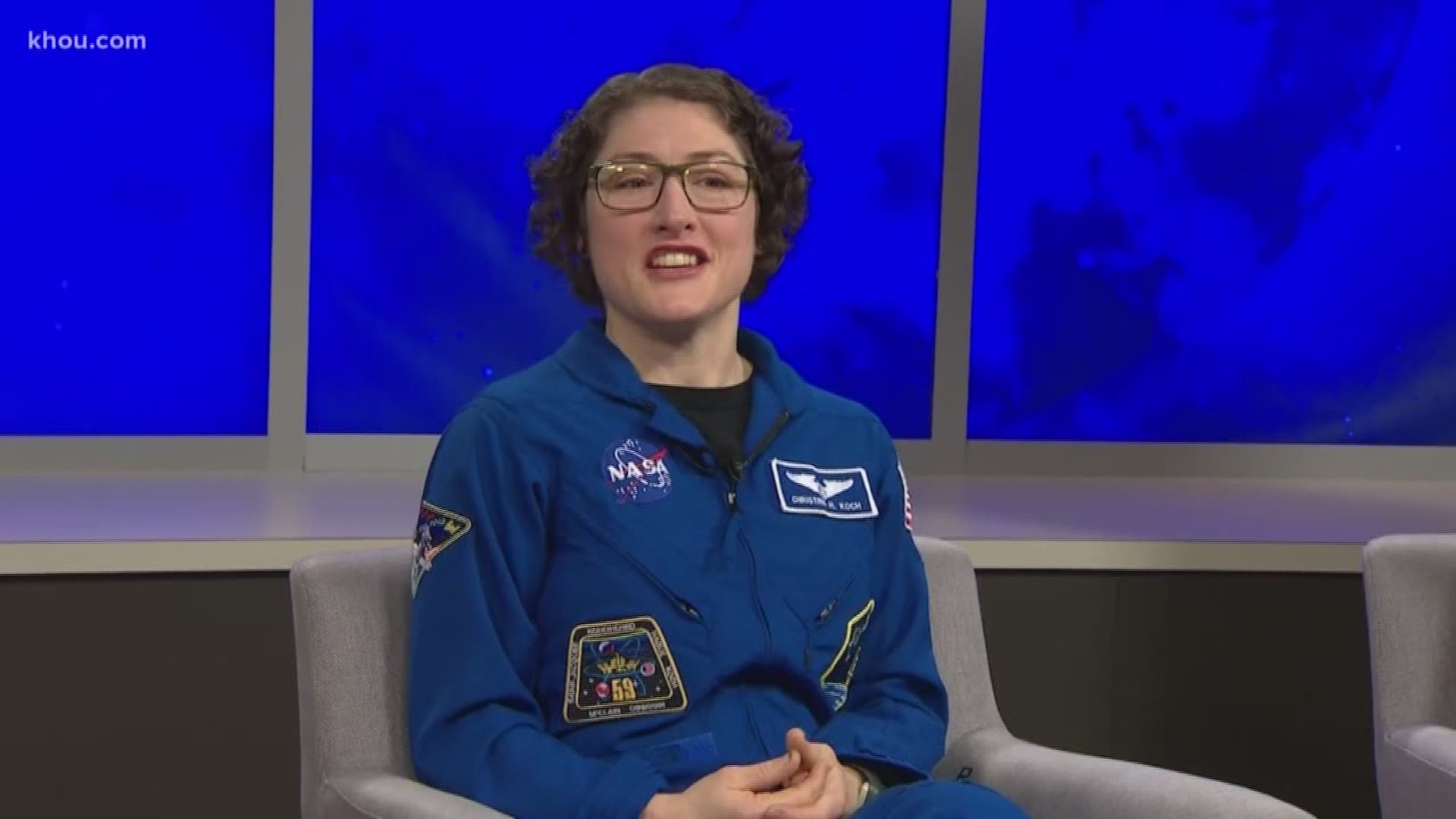 HOUSTON — Astronaut Christina Koch has been back on earth for nearly a week now, after setting the record for the longest spaceflight for a woman.

She spent 328 days in space, nearly a year. She addressed reporters Wednesday for the first time since being home.

The 41-year-old remembers being pulled from the returning space capsule.

“Within two minutes on Earth, I saw more people’s faces than I’d seen in a year,” she said.

Before becoming an astronaut, she spent several tours on remote science experiments in Antarctica. Her advice on how to manage nearly a year onboard the International Space Station? Pace yourself.

What experiment would the average person find most interesting?

“Sometimes those protein crystals don’t grow so well on earth so if we grow them in microgravity we have a leg up in understanding their structure and a leg up in developing the medication to fight those things,” Koch said.

Koch, an electrical engineer and physicist, was part of the first all-woman spacewalks, in addition to holding the longest spaceflight for a woman. She said milestones are important because they are symbolic, but nothing equalizes men and women more than having to get the job done.

Her advice to aspiring astronauts?

“Do what scares you. (Do) The things that might feel like they are just out of your reach,” she said.

Send us a news tip | Download our app | #HTownRush Newsletter