Attorney Ron Meuser, Jr. said many of the officers feared for their lives the night the 3rd Precinct was abandoned. 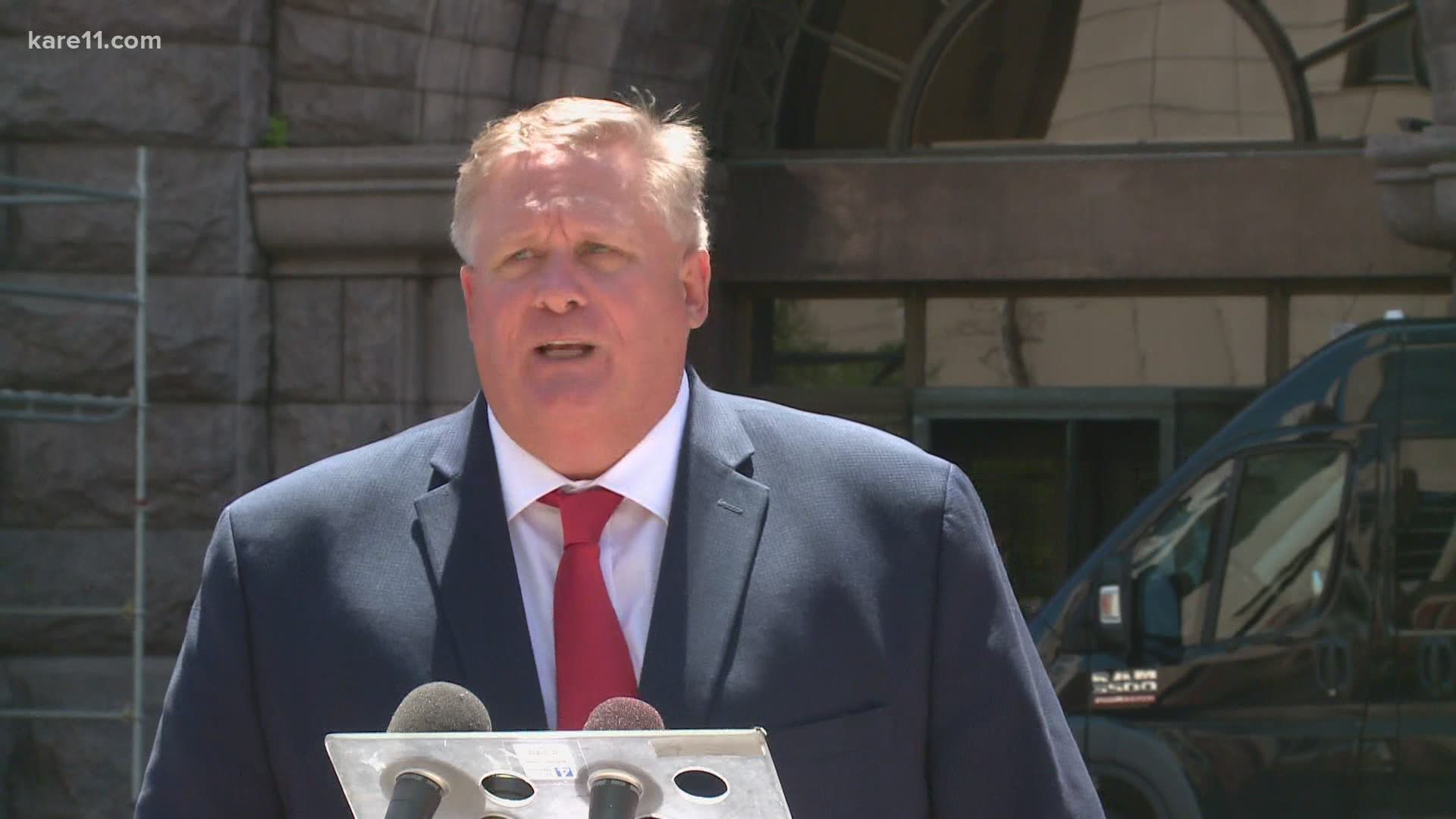 MINNEAPOLIS — More than 150 Minneapolis police officers have filed disability and injury claims in recent weeks, according to an attorney representing many of the officers.

The disability claims follow the unrest and tension in the city in the wake of the police-involved death of George Floyd in late May. Attorney Ron Meuser, Jr. said the majority of the 150 claims cited post-traumatic stress disorder (PTSD).

"While law enforcement is a high-stress career, the last two months in Minneapolis have pushed many officers to their breaking point," Meuser said in a statement.

Meuser said many of the officers he represents were working at the MPD's 3rd Precinct on the night that officers were ordered to abandon the building.

"Officers were taking such extreme steps as writing final notes and texts to loved ones - fearful they wouldn’t make it home, and some saying they felt they needed reserve their last bullet rather than being beaten to death," Meuser said. "They were left alone in the 3rd Precinct without support from city leaders. Officers worked 12-hour-plus shifts for days upon days, without relief or clear leadership."

Meuser claims the PTSD symptoms are affecting officers' ability to "live and socialize" and are leading to "extraordinary rates of divorce, and alcohol dependency."

It takes several months for a duty-related disability claim to be processed by Minnesota’s Public Employee Retirement Association, and it require reports from a doctor and another medical professional, according to PERA executive director Douglas Anderson.

He said it’s too early to see an uptick in duty-related disability claims from the civil unrest following George Floyd’s death.

Retirement benefits are typically calculated using a formula that factors in years of service and the members average pay in the final year. But for disability retirement claims the minimum benefit is 60% of pay. He said the average retirement age for police officers and firefighters in the PERA plan is 55, and those with 30 years on the job normally qualify for 90% of their original salary.

Casper Hill, a spokesperson for the City of Minneapolis, told KARE 11 that 17 sworn Minneapolis police officers have filed Workers Compensation claims for Post Traumatic Stress Disorder in the past 30 days. It was unclear as of Friday exactly how many of those officers are still sidelined from work.

Workers Compensation is a medical insurance program for work-related injuries, funded through employers and employee payroll deductions. It is a separate system from the PERA retirement fund.

"The men and women in public safety who give their heart and soul to serve Minneapolis and keep it safe deserve to have Minneapolis leaders to step up and (support) them," Meuser's statement said. "Instead of spending time plotting the dismantling of the force, let’s come together to improve community trust and work towards a safer city for all."

In June, Minneapolis city council members approved a year-long process to study and collect community input on plans to rebuild public safety in the city.

RELATED: 'Justice for George Floyd' is largest-ever US petition on Change.org