The family was last seen traveling in a white 2015 Hyundai Sonata, with a black top - Minnesota license plate BWD 364. 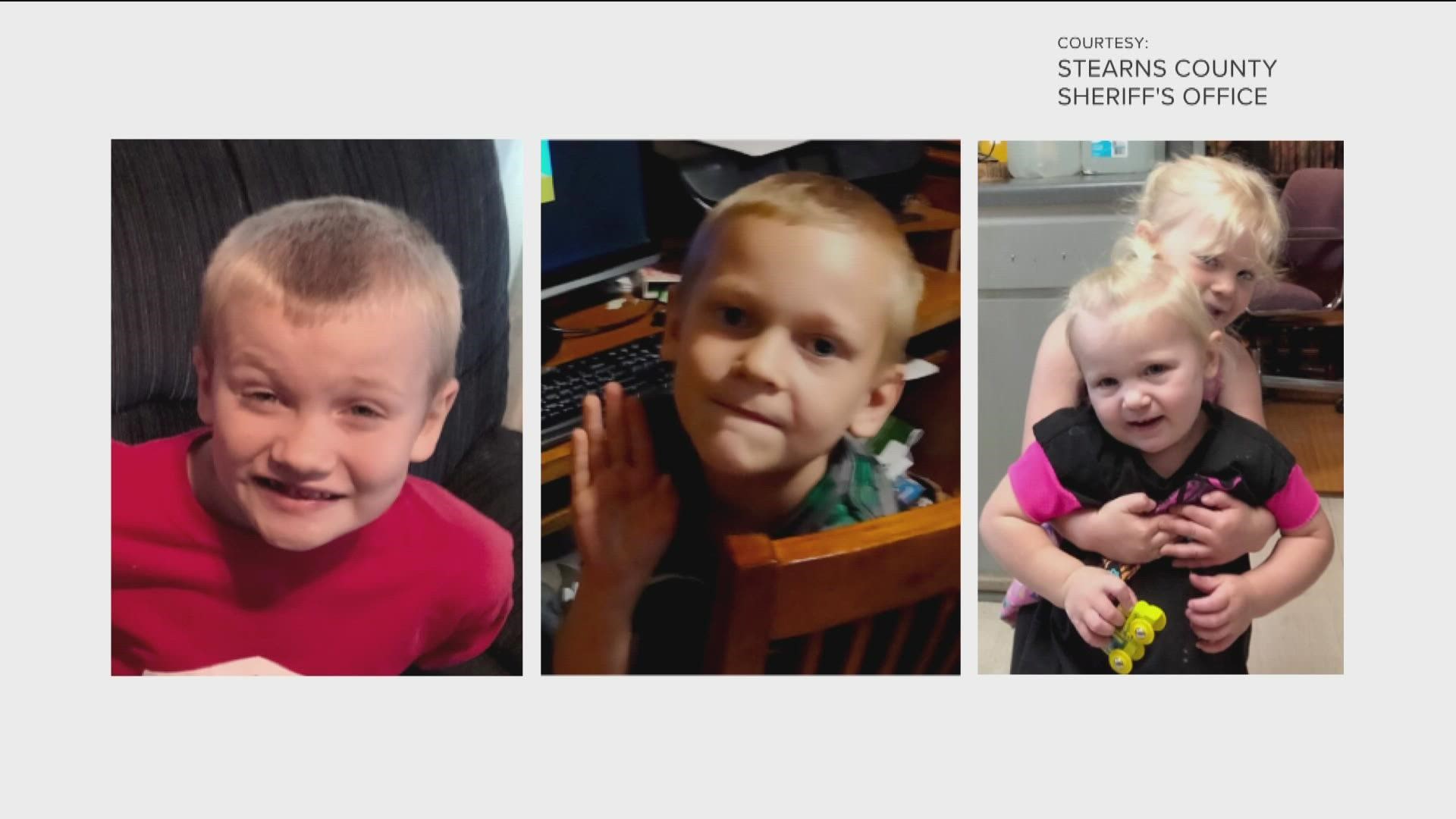 STEARNS COUNTY, Minn. — The Stearns County Sheriff's Office says it is seeking the public's help locating a mother and her four children, after they were reported to be traveling in a vehicle with the children's father, who has a restraining order against seeing the mother.

The Herrington family is as follows:

The group of six was last seen traveling in a white 2015 Hyundai Sonata, with a black top - Minnesota license plate BWD 364.

Law enforcement says Robert Herrington has a Domestic Assault No Contact Order preventing him from seeing his wife.

"There is concern for the children's welfare due to this and other conditions they may be in," authorities say.

Authorities are asking that anyone with information please contact the Stearns County Sheriff's Office at 320-251-4240.

Court records show this isn't the first time the kids and wife disappeared with the man.

Robert Herrington, 34, is free on bail awaiting sentencing after pleading guilty to domestic assault for pinning his wife down on the floor by her neck and threatening her with a knife in December 2019.

Two months later, Erika Herrington's mother reported her and the children missing, telling police she believes Robert said he would hurt Erika and their children.

After authorities finally tracked down the family hiding in South Dakota, they came back to Minnesota and Robert was charged twice in the last year with violating the no contact order.

Not many details are available concerning the current disappearance, but police say they have received several tips.

Robert Herrington was last arrested in August for a no contact order violation after he was found with his wife and children in a storage unit in St. Augusta. The judge released him from jail without having to pay any money for bail, simply promising to return for his next court hearing.