The temporary shelter will house up to 100 individuals and help them find permanent housing before they leave. 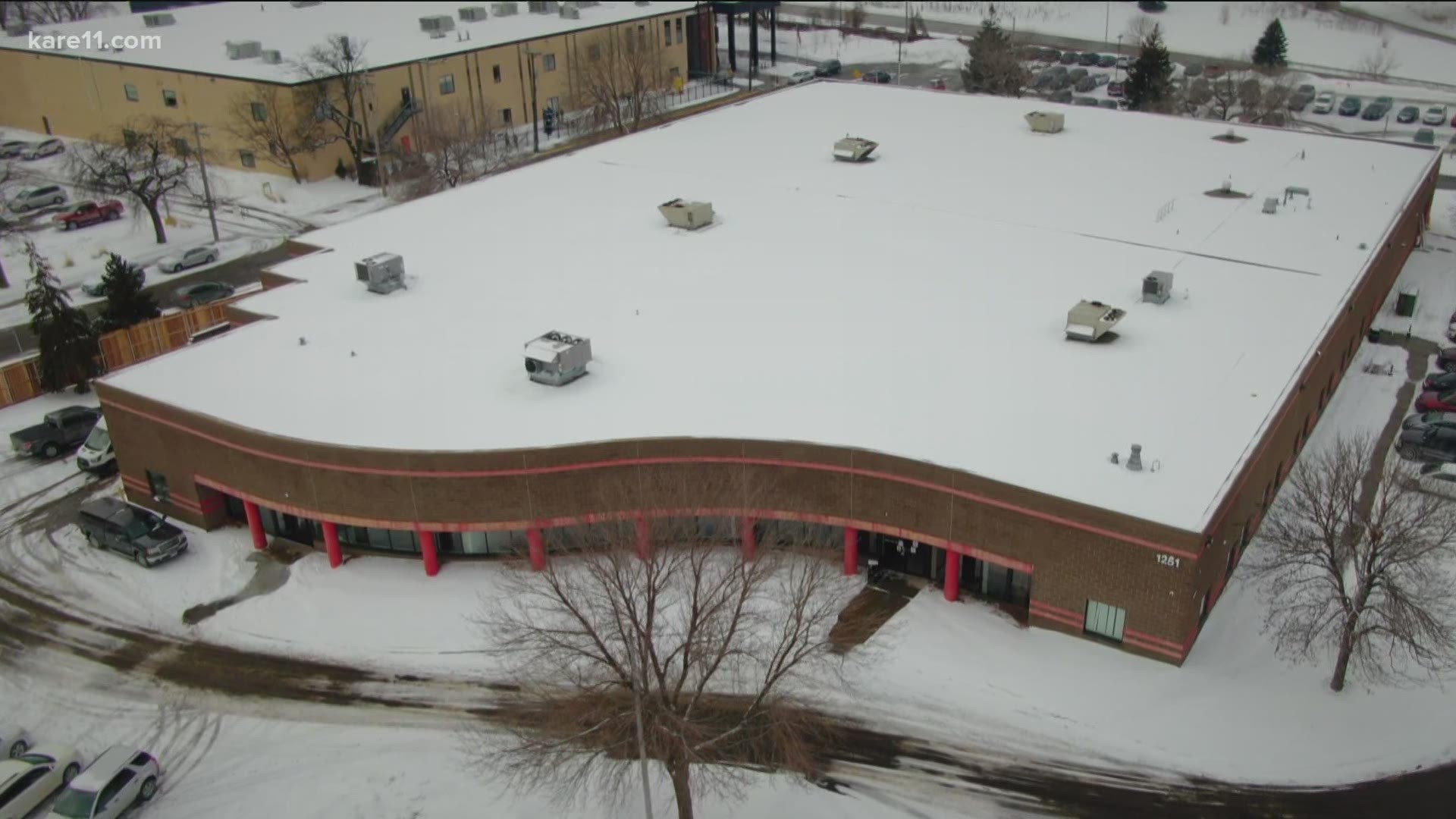 MINNEAPOLIS — It's been a long winter for all of us, but for those who have been without shelter the cold has been deadly.

"Unsheltered homelessness in the Twin Cities has been more visible," Avivo Vice President of Ending Homelessness Emily Bastian said. "More visible as of late than in previous years. A lot of folks didn't have access to come indoors, for shelter, or weren't wanting to for different reasons."

Bastian said, she's hoping, what they've been building on Washington Ave. in Minneapolis' North Loop neighborhood will be a small help in bringing those outside, in.

"We will be providing housing to 100 people," Bastian said. "So there are 100 tiny homes in this building."

With a dorm-style layout, the Avivo Indoor Village promises to help those who stay at the village find long-term housing.

While the village itself will not be permanent housing, it's not a simple overnight stay either.

"If we're engaging with someone, somewhere along the 45 to 60 day range is about how long it takes to help someone find and move into housing," she explained. "But that's average. Some people--they're going to be able to move into their own housing much faster than that, but for others it might take significantly longer."

When the project started, Bastian had previously said their goal was to open in December or January.

"Anyone who has done any construction projects know that there are delays," she said. "Different things that come up. We were doing things in the midst of COVID. Lots of different partners needing to make sure that this is truly a safe space for folks. We needed to work through some fire and life-safety issues."

Bastian said the nearly six million dollar project was new to everyone. CARES Act funding from the city of Minneapolis, plus funding from the state, and Hennepin County, made the project possible.

"[We're] learning as we go, with some models that we've been able to learn from," Bastian said. "This is new for us, new for the city, new for the state and so kind of walking through that process has been a challenge."

Some have brought up the criticism that the cold stretch has already passed in Minnesota.

"Well, a couple of days ago it was freezing," Bastian said. "This is Minnesota, so who knows if it's going to get cold again? The other thing I will say, people need to be indoors whether it's cold or whether it's incredibly hot in the middle of July."

In terms of outreach, Bastian said they've been talking and keeping a rapport up with people facing homelessness as soon as they knew they were going to be assigned to this Indoor Village project.

"We absolutely are, and we have been actually since Avivo was identified as the operator," she said. "We've been talking to the community and letting them know this is a thing."

"There are individuals that are experiencing homelessness that know we are opening soon and have been able to say this is a place I want to be," she added.

The most recent figures available on homelessness is the 2020 Point-In-Time count done for Minneapolis and Hennepin County. According to that count, around 3,050 people are experiencing chronic or temporary homelessness. That count was done in January of 2020. The numbers might be higher at this point.

"One-hundred is just a small dent in the unsheltered homelessness problem in our community," Bastian said in response. "With our goal of moving people on as quickly as it is right for them to permanent housing, our footprint, the number of people we are able to support is even greater."

In terms of COVID safety, Bastian said the design of the units are all separate so the temporary residents can socially distance and have their own privacy. The bathrooms and showers are shared, but in individual stalls. Bastian said they will be cleaned and sanitized regularly.