Although the reasons can be complicated and each case is unique, there has been significant turnover among police chiefs in America. 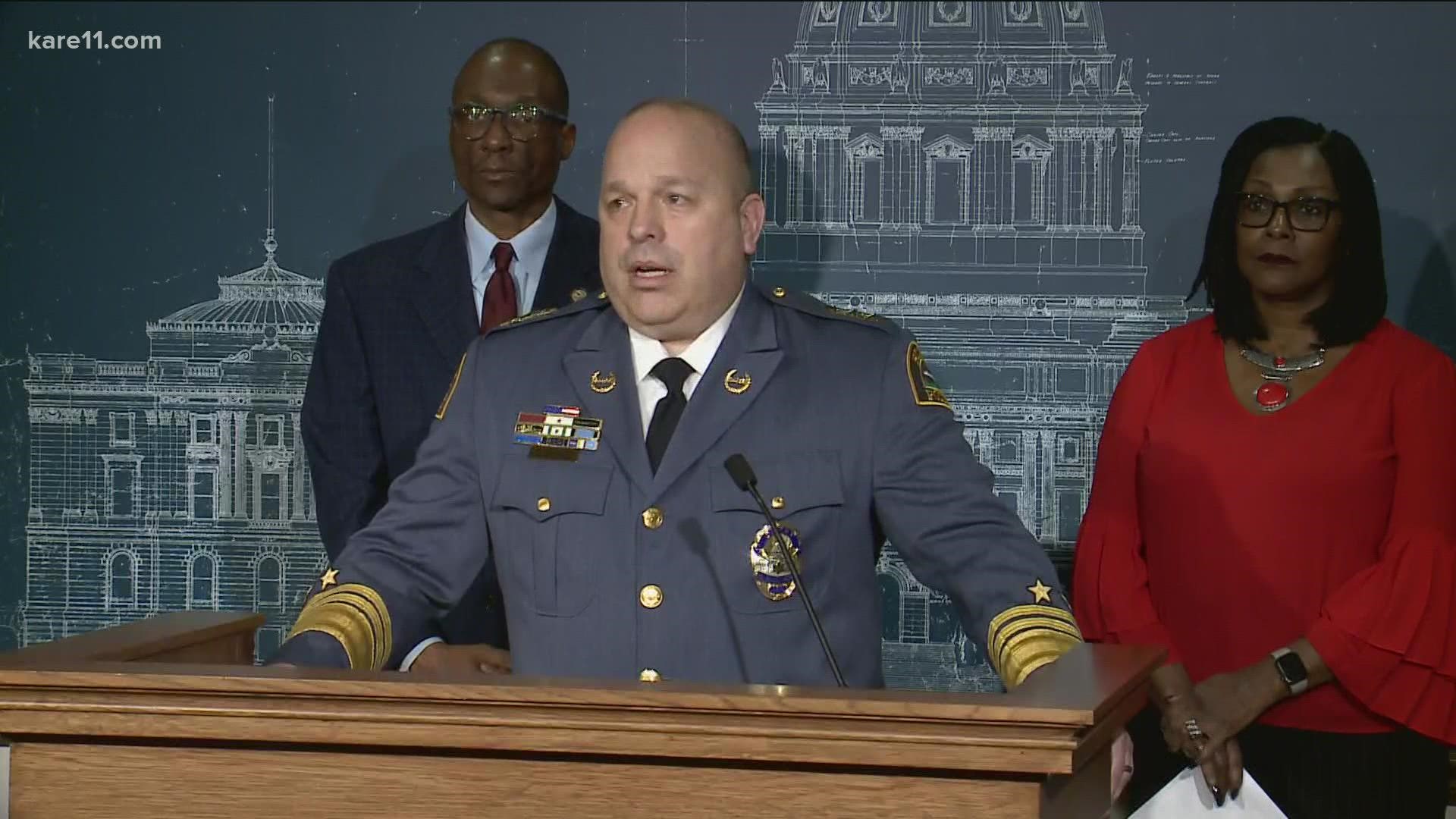 ST PAUL, Minn. — St. Paul Police Chief Todd Axtell announced Wednesday that he will not seek a second six-year term, meaning his tenure as the head of the second largest law enforcement agency in Minnesota will end in June 2022.

Axtell did not elaborate on exactly why he's deciding to leave his post at the end of one term.

But he's not the first police chief to pursue other opportunities.

After serving 12 years as police chief in Bloomington, he retired in January 2021 and accepted a new position leading the MCPA. Overall, in 2021, Potts said that somewhere around 33 or 34 police chiefs in Minnesota have decided to retire, a notable increase from 2020.

"For me, it was a combination of the fact that I had done it for a long time. It was starting to wear me down a bit," Potts said. "But, I also found another really good opportunity where I could try to use some of my skills in this position [at the MCPA]."

Each situation is unique, but Potts said the demands and stress of the chief's position have certainly taken their toll.

"Police chiefs are typically carrying a cell phone 24/7. They have to check emails, respond to messages after hours, and are always worried about a big incident happening in their community," Potts said. "The last year and a half, COVID, other things related to the murder of George Floyd, have just made things extremely challenging for police chiefs. And, quite frankly, I think many of them are just a bit exhausted."

The trend has been felt nationwide, too.

According to the Major Cities Chiefs Association, almost half of their members' police chiefs -- 40 out of 79 -- have left their jobs for various reasons since 2020. Another former police chief with Public Sector Search & Consulting also told KARE 11 that the average tenure for a police chief in America spans about 3.8 years.

By serving 12 years in Bloomington, Potts held his position for an unusually long period.

And even Axtell, with his unique six-year term in St. Paul, will run above average by the time he's finished. The last St. Paul chief to serve multiple terms was William Finney from 1992 to 2004.

"Policing is changing and evolving. The burden of that change and the pressure for change, the leaders of those organizations feel an immense amount of pressure," Potts said. "And I think all of that is why you're starting to see a fair number of chiefs just starting to retire."