Late farmer near Wheaton, Minn., tucked 250 classic cars into buildings across his property 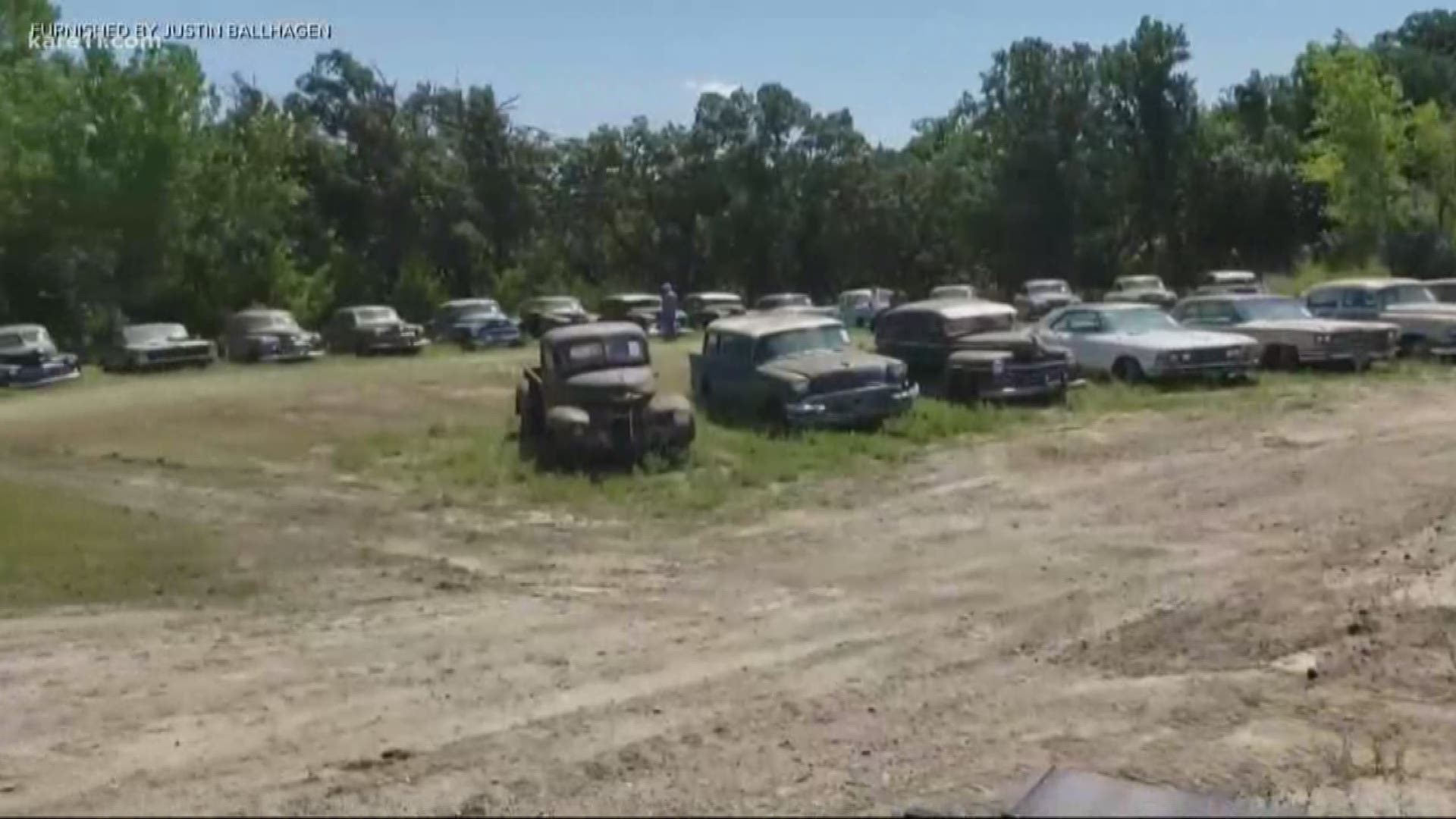 WHEATON, Minnesota — Friends of the late Jim Graham will tell you the farmer near Wheaton, Minn., was proud of what lay hidden on his land.

"He loved to bring people up here and listen to the oohs and ahs and watch their jaw drop," said life-long friend Richard Serocki.

Jim never married, so he spent his money on his first love --  classic cars.

At one point, he accumulated more than 500, turning his farm employees into auto transporters when he found a new one he wanted.

"The first two years I put on 50 thousand miles hauling cars for him," said James Paul, who worked for Graham for 40 years.

Jim's friends admit, his collecting was more like an addiction.

"He did say afterwards it was something he just couldn't stop doing," Paul said.

"He never had a spouse to control the habit… or the hobby, I should say," Serocki said. "And then it turned into an obsession and this is what then end result is."

The end result, after Jim died in December at 88 years old, is an auction sale bringing people from all over the country to bid on the 250 cars tucked into sheds and under tree groves.

"You wouldn't realize there were so many cars in the hills and in the buildings," said Angie Young of Wheaton.

From collectors looking for a project to locals with nostalgia, like Dave Donley,  who bought back his father's old work truck he hasn't seen in 40 years.

"It's an emotion I can't explain," Donley said.

Jim willed everything to those who worked for him and were there for him.

"He took care of the ones who were helping him out through all of his life," said Bobby Schmitz.

And now they are happy to see their friend's first love bring happiness to others.

All the cars in the auction sold, as well as a tractor collection. The auctioneer Yvette VanDerBrink said 20 of the vehicles will be shipped overseas to online bidders.