Police say the incident began around 6:10 a.m. inside The Bakery at 345 Main Street East in Blooming Prairie. 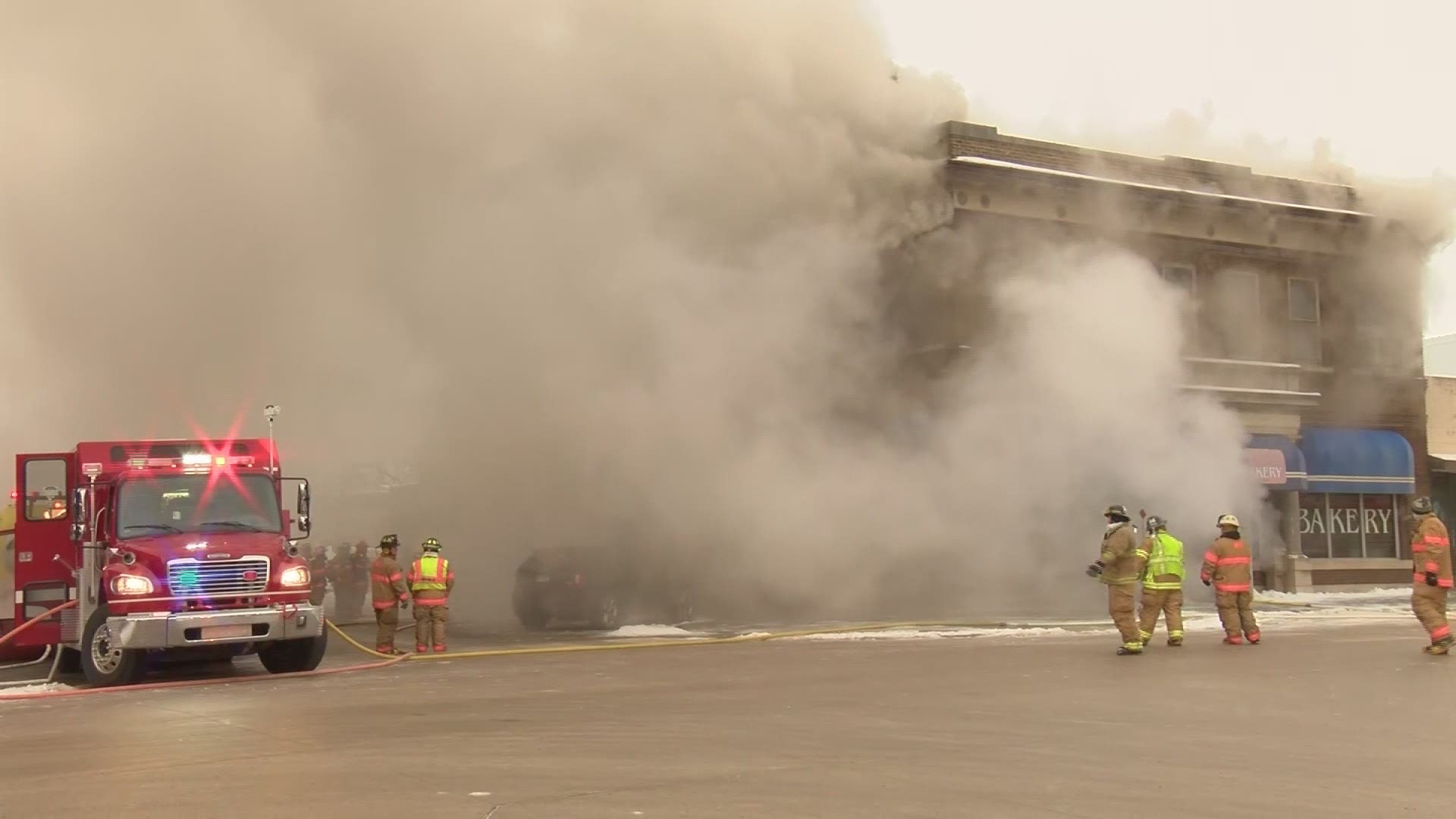 BLOOMING PRAIRIE, Minn. — Fire crews from a number of southeastern Minnesota communities are battling a fire at a business in downtown Blooming Prairie Tuesday morning.

Police say the incident began around 6:10 a.m. inside The Bakery at 345 Main Street East, when an employee called 911 and reported smoke coming from the basement.

After assessing the fire Blooming Prairie crews called in engines and personnel from Hayfield and Ellendale. The Rochester Post-Bulletin reports that firefighters were fighting the flames inside the building but were forced to pull out when the structure became unsafe.

The 100-year-old building housing the bakery is expected to be a total loss.

"I am just feeling very devastated to see this fire in our town," mourned Blooming Prairie resident Doris Rasmussen. "This bakery means a lot to people in Blooming Prairie. It makes rolls, wedding cakes, birthday cakes, they are wonderful. Today is my coffee day. I got called by one of my coffee friends, Our bakery is on fire."

Blooming Prairie is a community of about 2,000 residents 30 miles southwest of Rochester. A person on the scene says the current owners have been operating The Bakery for more than 20 years.

At this hour there is no word on a potential cause. KARE 11's sister station KTTC has a crew on scene and will provide new information as it becomes available.

RELATED: 1 hospitalized after fire in Richfield