The Minneapolis Charter Commission voted to take additional time to review the proposed amendment to the city charter. 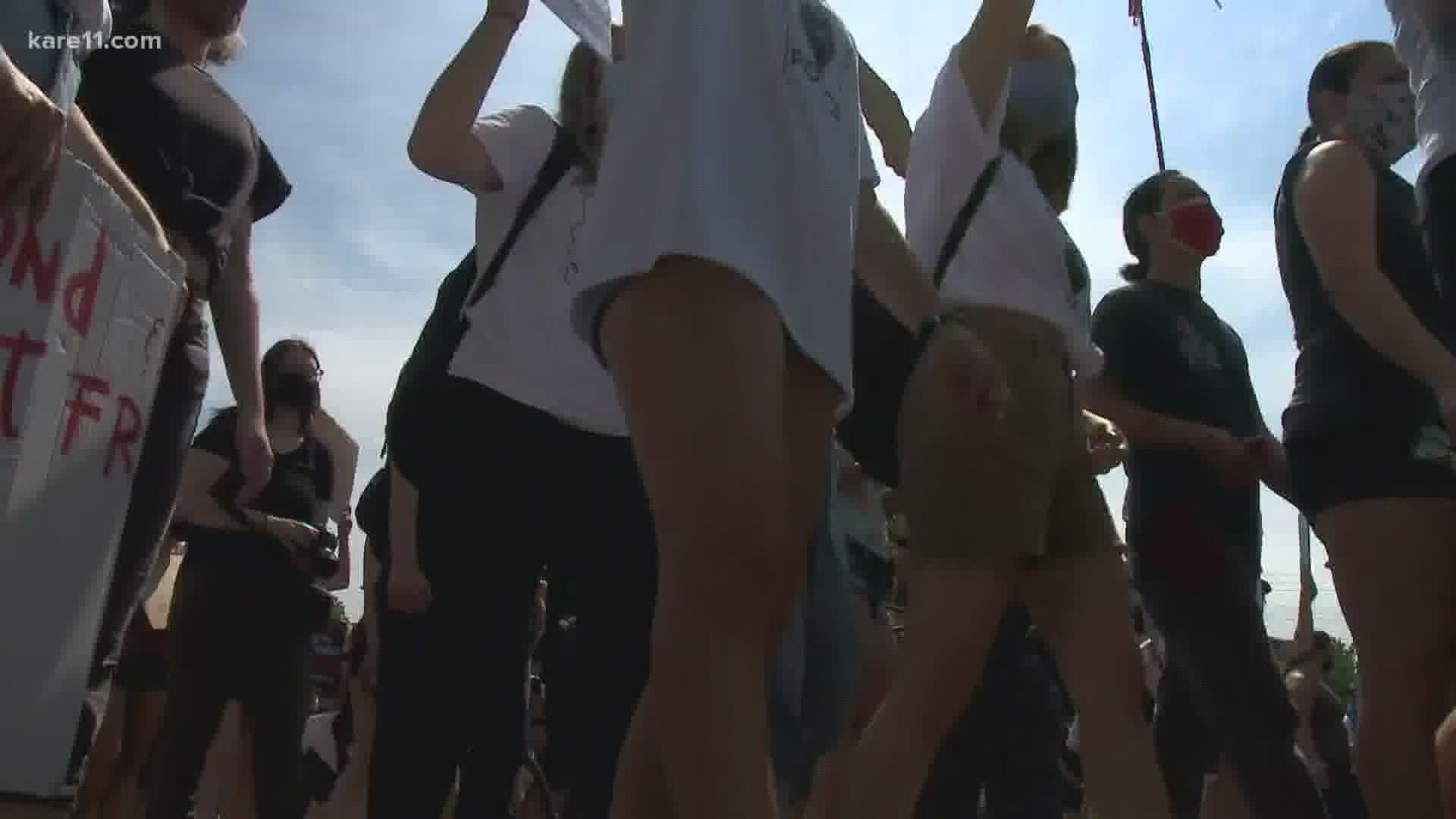 MINNEAPOLIS — A ballot measure to replace the Minneapolis Police Department will not be ready for a public vote this November.

In a virtual meeting Wednesday, members of the Minneapolis Charter Commission voted 10-5 to take an additional 90 days to review the proposed amendment to the city charter. The commission's delay means the ballot measure will not be approved in time for the November 2020 election.

The Minneapolis Charter Commission is made up of 15 appointed members, separate from the Minneapolis City Council, who are tasked with oversight of the city charter. The City of Minneapolis website likens the commission to a "standing constitutional convention." 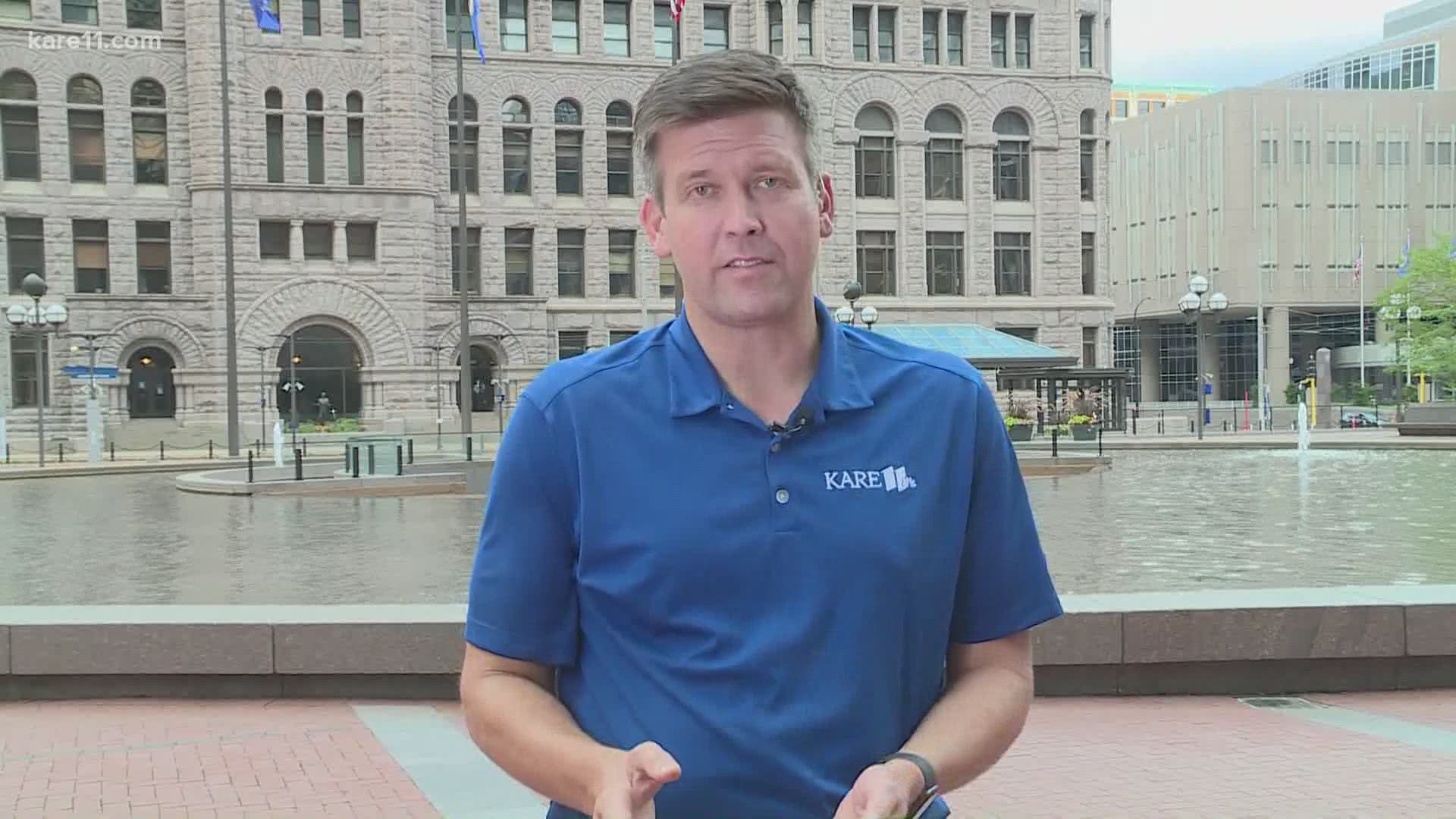 The current proposal calls for removing the existing Minneapolis Police Department under the city charter and replacing it with a newly created department focused on community safety and violence prevention. Law enforcement services would be part of the new department; however, under the language of the proposed amendment, the department would prioritize "a holistic, public health-oriented approach."

Minneapolis residents would need to approve changes to the charter in a city-wide vote for it to become official.

The vote wasn’t unanimous, with some Charter Commission members saying it’s not their role to prevent a public vote in 2020 with an extended review. They fear the public might perceive their decision as a “delay tactic.”

In Wednesday's meeting, members of the Minneapolis Charter Commission expressed various concerns about the proposal, including the speed in which it was put together.

"This amendment was literally written on a Wednesday and passed on a Friday," commission chair Barry Clegg said.

Even if the commission ultimately rejects the amendment, the city council is not bound by the recommendation and could place the measure on the ballot in 2021. 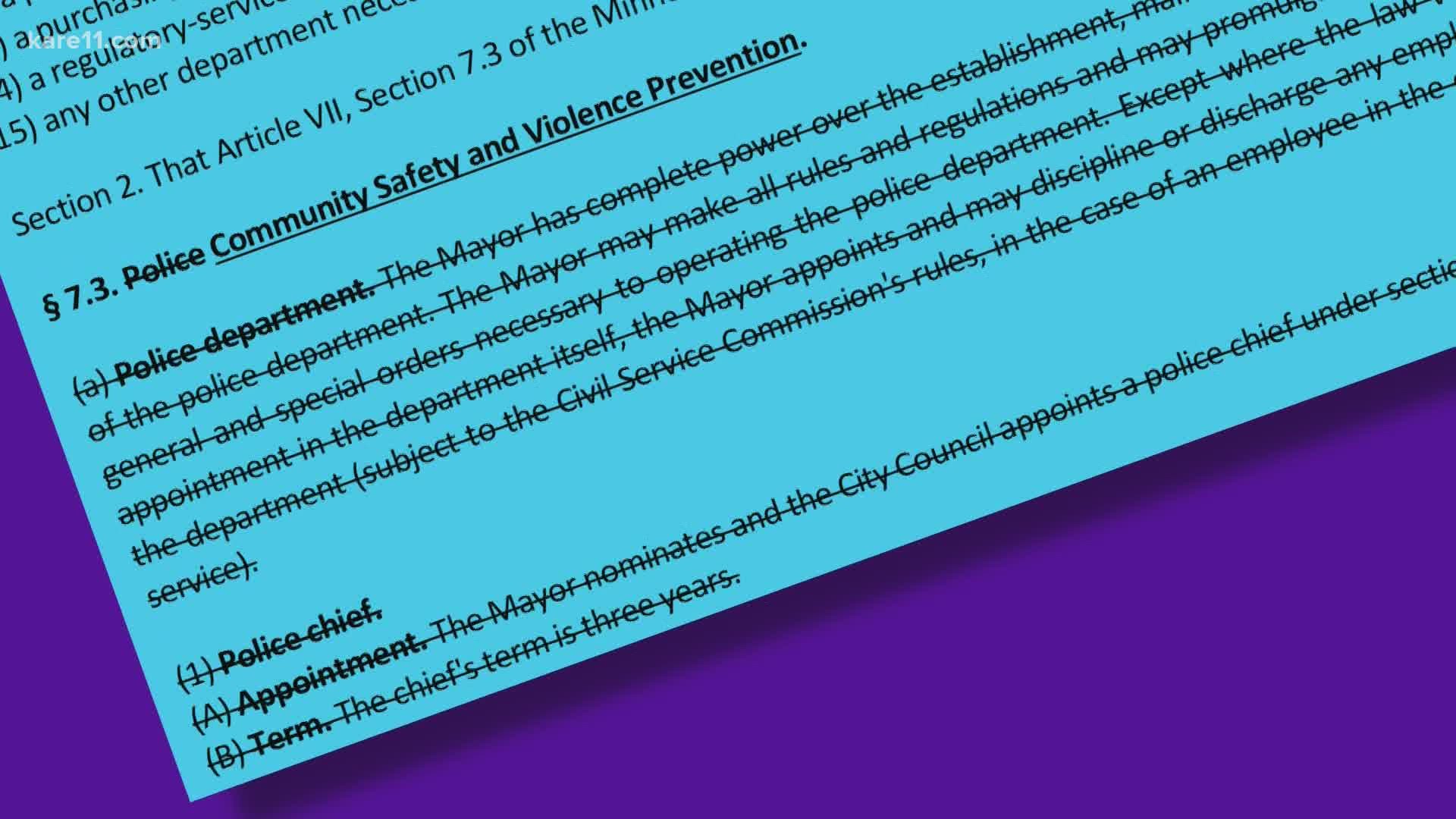 Earlier this week, a survey commissioned by the ACLU found a majority of likely Minneapolis voters polled said they would vote to replace MPD.

After the vote, multiple council members expressed their displeasure. In a tweet, council president Lisa Bender called it "disappointing," but said "it will not stop our work to re-imagine public safety in Minneapolis."

Council member Steve Fletcher added: "People have identified that the system we are currently operating in is broken. And that it's causing harm, and that there's a cost to sitting still... at some point, you have to say, 'we know what's right, and we are going to make the changes that the community is demanding.'"