Battle over emergency insulin to continue

The Alec Smith Emergency Insulin Act was derailed in special session, but the fight continues to help diabetics pay for that expensive life-saving drug 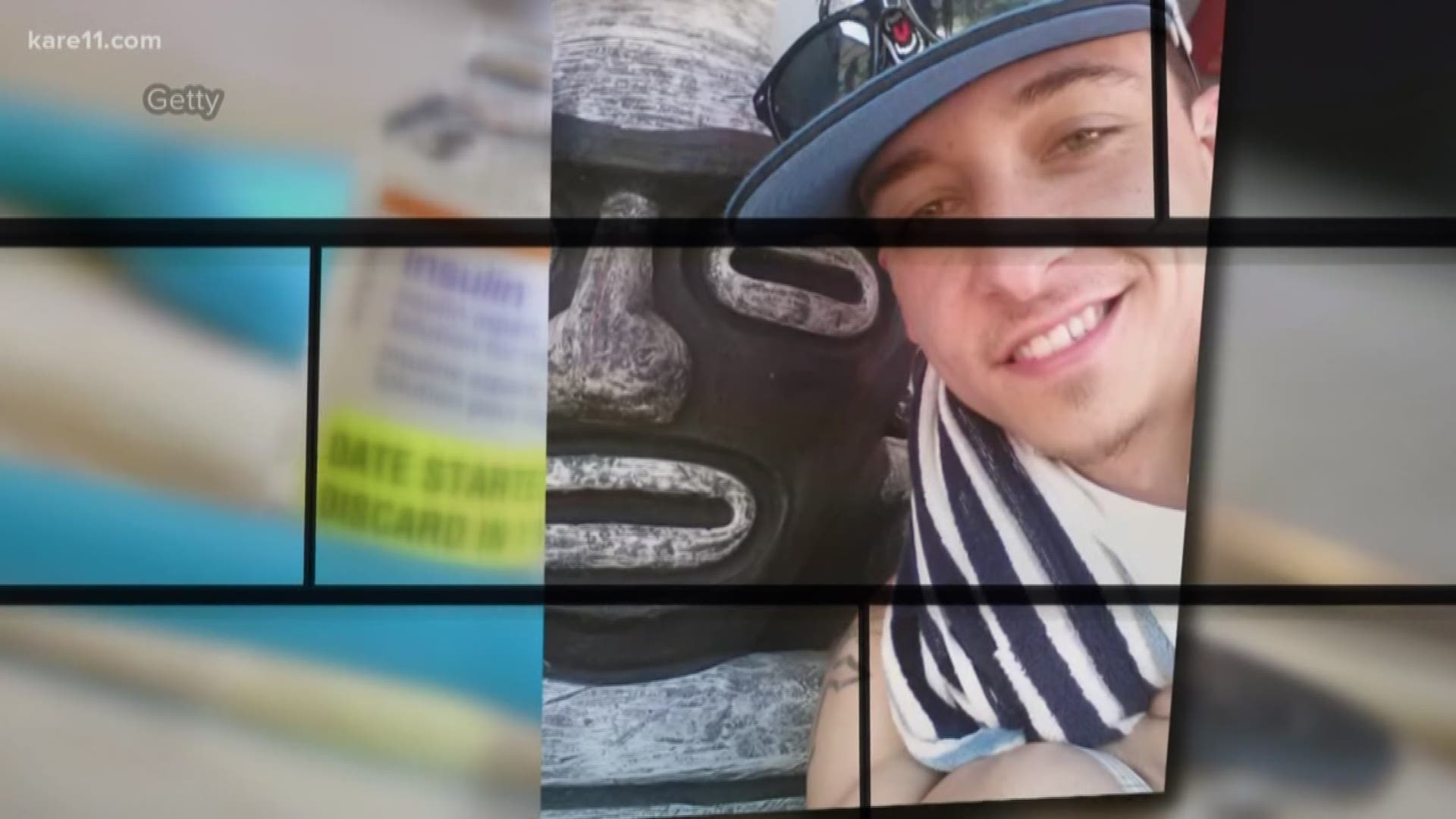 MINNEAPOLIS — Baffled, disappointed, mystified -- all words that describe what Nicole Smith-Holt is feeling after the emergency insulin bill named for her son suddenly went off the rails in the final days of the 2019 legislative session.

"I thought for sure it was a shoe-in. We had bipartisan support in the House and the Senate."

Smith-Holt became a tireless advocate for insulin affordability in 2017 when her 26-year-old son Alec died while rationing his insulin. He had become too old for his parents' insurance plan but hadn't told them he was having trouble paying the market price for that essential drug.

"When he had insurance, it was between $200 and $300 a month, which can be a struggle for a lot of people, but he was making it work. Without insurance it was $1300 dollars," Smith-Holt explained.

"I'd seen Alex seven days before his body was found and he looked completely healthy. He looked fine. He didn't mention he was struggling to afford insulin at the pharmacy."

The Alec Smith Emergency Insulin Act passed the Minnesota House as a free-standing bill and the same language was also included in the House's Health and Human Services omnibus bill.

The Senate added most of the language from the Alec Smith Act as an amendment to the Senate's Health and Human Services omnibus bill. That amendment passed on a 65-to-0 vote.

"You would go to pharmacy, fill out a little questionnaire, sign on the dotted line, that you can’t afford this, and you would be issued up to a three-month supply of insulin, free or at a very low cost," Smith-Holt explained.

"I can certainly talk about what I said during negotiations, and I asked for this to be included," Democratic Gov. Tim Walz told reporters.

"I think after-the-fact armchair quarterbacking, when there were ample opportunities to get this in and ample overtures to put it in, and then not to get it, and then to complain about the way we actually got these bills done -- that part rubs me a little bit wrong."

A last-minute effort to revive the Alec Smith Act, as a floor amendment to the Senate's Health and Human Services finance bill failed on a 34 to 33 vote during the wee hours of the morning during the one-day Special Session.

Sen. Carla Nelson of Rochester was the only Republican who supported the amendment.

"Who’s opposed to this? I mean, I know the pharmaceutical industry is opposed, but who in this chamber is opposed to it? Why can’t we do this?" Sen. John Marty asked fellow senators.

Republican Sen. Scott Jensen, who is also a medical doctor, opposed the amendment even though he had been one of the original authors of the Senate version of the Alec Smith Act.

Sen. Jensen said the proposed amendment wouldn't be workable because it relied on voluntary participation from individual pharmacists.

"I have called pharmacists and asked, "Is this a program that you would participate in?' and I’ve been given a lukewarm response, saying, 'Probably not'."

"We already have a program in place of fee-for-purchase, fee-for-provider, at your pharmacy," Sen. Housley told the audience.

"So, Doc Jensen says too the most important thing is you want these people to have a relationship with their doctor, and you already can -- he didn’t need to die, this Alec Smith. He could’ve called his doctor and there was a program in place, and he could’ve gotten the insulin for free."

Nicole Smith-Holt was taken aback by the comments.

"She made it seem like Alec was ultimately responsible for his own death because, basically, she assumed he was not compliant which was inaccurate," Smith-Holt remarked.

She said Alec did have a relationship with his doctor but held off spending $200 to $300 out of pocket for another doctor's appointment at the same time he was trying to come up with $1,300 for insulin.

On top of that, Alec was making roughly $35,000 per year, double the income cutoff for the plan Housley referred to at the Chamber of Commerce forum.