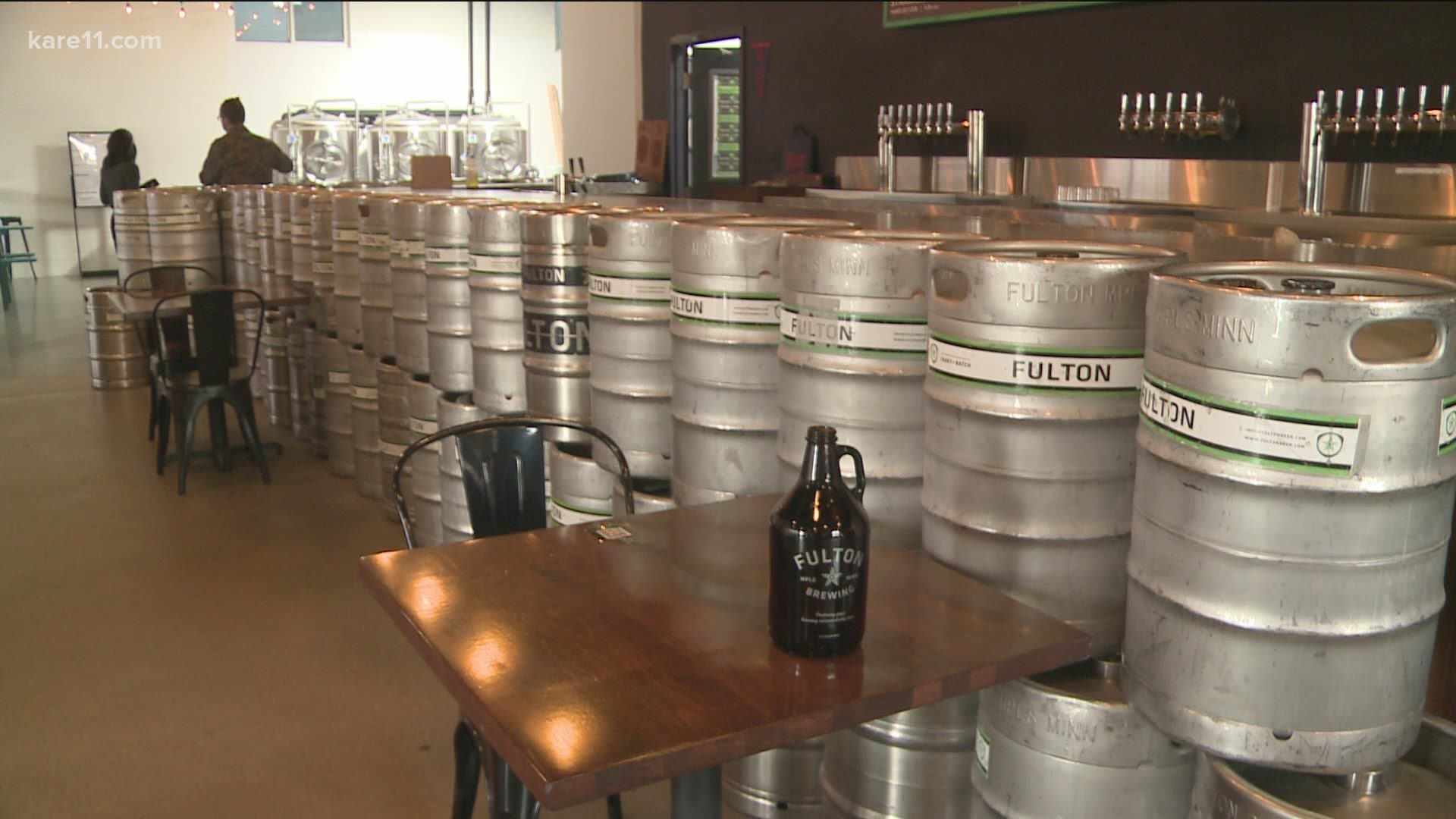 MINNEAPOLIS — Some Minnesota breweries are in a pinch. A group of them can't sell as much beer as they would like, and during the pandemic, they say that's a problem.

A bi-partisan effort could bring relief as soon as Monday, especially to Fulton Brewing. It's a Minnesota success story that started in Jim Diley's garage 11 years ago and is now one of the biggest breweries in the state.

"This is kind of the apex of the magic of brewing," said Diley as he showed off a growler. The 64-ounce bottle can hold anyone's favorite beer and can be for sale. But not at Fulton.

A Minnesota law prevents breweries from selling growlers if they produce more than 20,000 barrels of beer a year. Fulton makes just over 30,000 and hasn't been able to sell growlers since 2016.

"I just don't think it's going to impact the other small breweries," said Diley. "They've got customers that come in and enjoy their product and take it home and we'd love to do the same."

There are reports over the years that some people are concerned retail products could take a hit if the cap was removed. And others want to preserve the current system that includes producers, distributors and retailers.

Diley says selling growlers would help four breweries in particular earn hundreds of thousands of dollars and be able to re-hire several employees who were furloughed due to the pandemic and subsequent shut down.

On Friday, lawmakers on both sides showed up to Fulton Brewery to support that.

"This is not something that is a Republican or Democrat issue," said Rep. Jim Nash. "This is a Minnesota issue."

The lawmakers say they've agreed on a bi-partisan bill to temporarily lift the cap through the emergency shut down, plus - up to another two months.

They say the proposal will be introduced on Monday when Governor Walz calls a special session.

"We're here today to make a plea," said Sen. Sandra Pappas. "Especially to the Legislature to look at liquor flexibility."

Diley says if Fulton isn't allowed to sell beer in growlers, he'll be forced to dump some of the product in less than three months.

The other breweries that can't sell growlers include Surly, Castle Danger and Schell's - which along with Fulton, Indeed Brewing Company and Lift Bridge Brewery - have created the "Alliance of Minnesota Craft Breweries" to keep pushing lawmakers to lift the growler cap.