Biden administration move could block copper mine near BWCA

The government ordered a study Wednesday that could lead to a 20-year ban on mining upstream from the BWCA Wilderness. 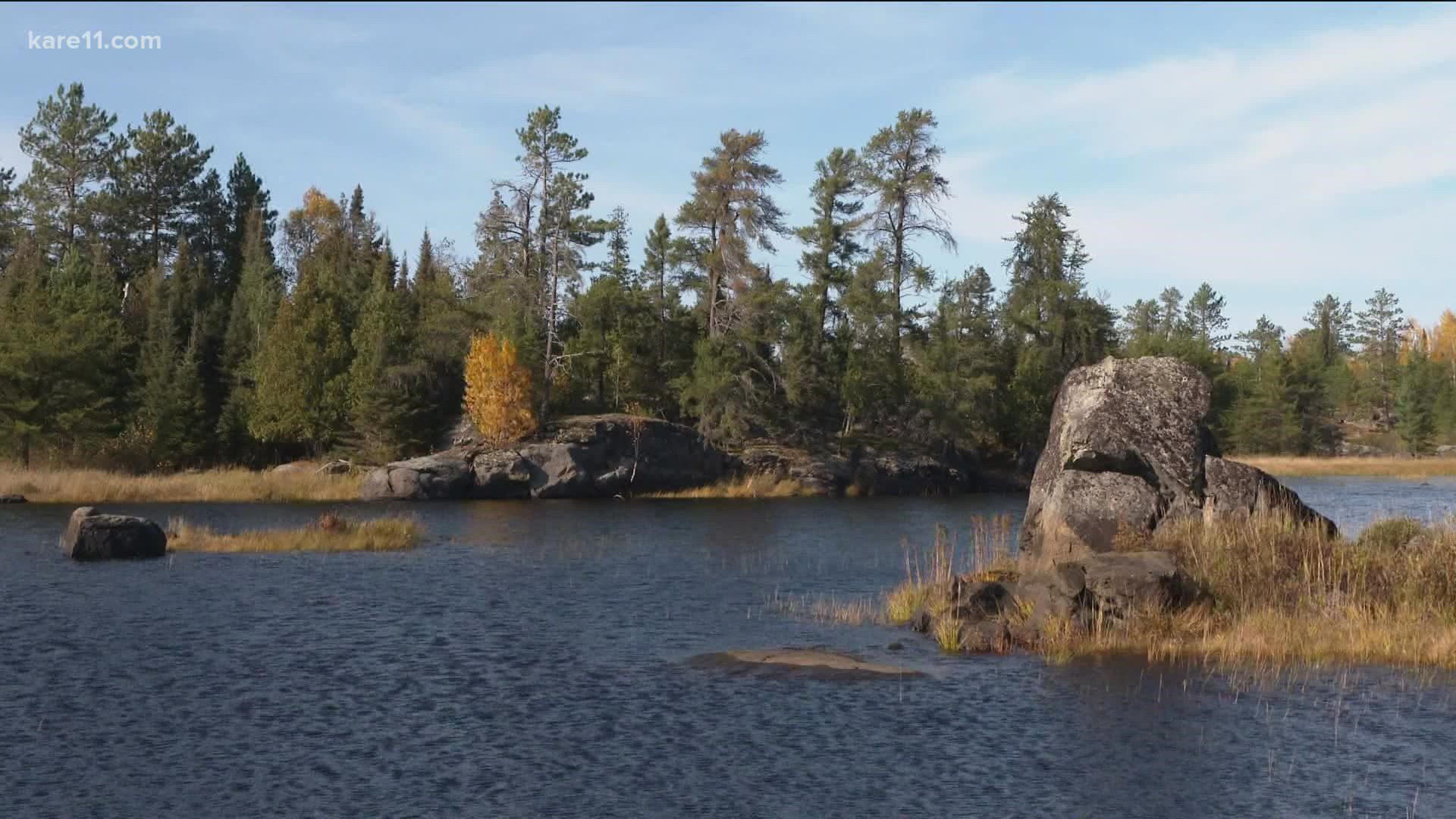 ELY, Minn. — The Biden administration has dealt what could be a serious blow to the proposed Twin Metals copper-nickel mine on the edge of the Boundary Waters Canoe Area in northeastern Minnesota.

The government ordered a study Wednesday that could lead to a 20-year ban on mining upstream from the wilderness. The administration says it has filed an application for a “mineral withdrawal.”

It would begin with a comprehensive study of the likely environmental and other impacts of mining if it were permitted upstream from the Boundary Waters. The move evoked sharp responses from both sides of the debate, including politicians, labor unions, environmental groups and other parties.

The Obama administration tried to kill the project when it launched a similar process, but the Trump administration reversed that decision. While campaigning in Minnesota in 2020 then-President Trump often boasted that he had opened up the permitting process for copper-nickel mining in Minnesota, a line that played especially with pro-mining crowds along the Iron Range.

The Twin Metals mine near Ely would be the first underground mine in half a century in Minnesota, and one of the first to extract precious metals rather than iron ore or taconite which are taken in traditional open pit mines. The company's two existing leases, which are currently tied up in litigation, wouldn't be directly impacted by the proposed ban.

Mining within the Boundary Waters is already banned, but environmental groups have fought the proposed mine as it would be inside the BWCA watershed. In other words, it would occupy land that drains into waterways that feed into the Boundary Waters.

They have long expressed fears that pollution from copper-nickel mines, combined with the heavy vehicle traffic associated with a mining operation, would harm the existing outdoor tourism economy in the far reaches of northern Minnesota. Supporters have asserted the mining can be done safely and could make Minnesota a major worldwide supplier of critical minerals.

As laid out in a US Department of Agriculture news release, Thursday's formal publication of the proposal will launch a review period that will include public meetings.  The action will also revive the environmental study of copper-nickel mining in the Superior National Forest, a study that was launched by the Obama Administration and halted by the Trump Administration

MORE: Economist predicts net job loss from mine near BWCA

Becky Rom of Ely, an environmental lawyer whose father ran an outfitting company for 30 years in the area, applauded the Biden administration's move.

"You don't allow America's most toxic industry next to America’s most popular Wilderness. The Boundary Waters is a paradise of woods and water. It is an ecological marvel, a world-class outdoor destination, and an economic engine for hundreds of businesses and many thousands of people."

Twin Metals Minnesota issued a statement which read, in part:

“Twin Metals Minnesota is deeply disappointed with the federal government’s action to initiate a mineral withdrawal study yet again on nearly 230,000 acres of land in northeast Minnesota, which sits on top of the world’s largest known undeveloped copper-nickel deposit. We are working to determine the best path forward to continue advancing our proposed world-class underground copper, nickel, cobalt and platinum group metals mine."

"This is about letting an established process go forward and working to obtain a national source of precious metals that the U.S. can rely on for its new-age, carbon-free economy. Shutting down the process completely is shortsighted and costly to the American worker. It forces the U.S. to rely on foreign sources of metal mined by cheap labor, performed often times by 12 year-old children."

Chris Knopf, Executive Director of Friends of the Boundary Water Wilderness, praised the Biden Administration for insisting on a study of the safety of mining sulfide ore in an area near the BWCA.

"Few places in the world have such an abundant supply of clean water and, today, we won a major victory for our most critical natural resource: freshwater," Knopf said.

"This national treasure needs to be protected through sound, scientific principles, not the whims of special interests or industry. Today, the Biden administration signaled it would do just that."