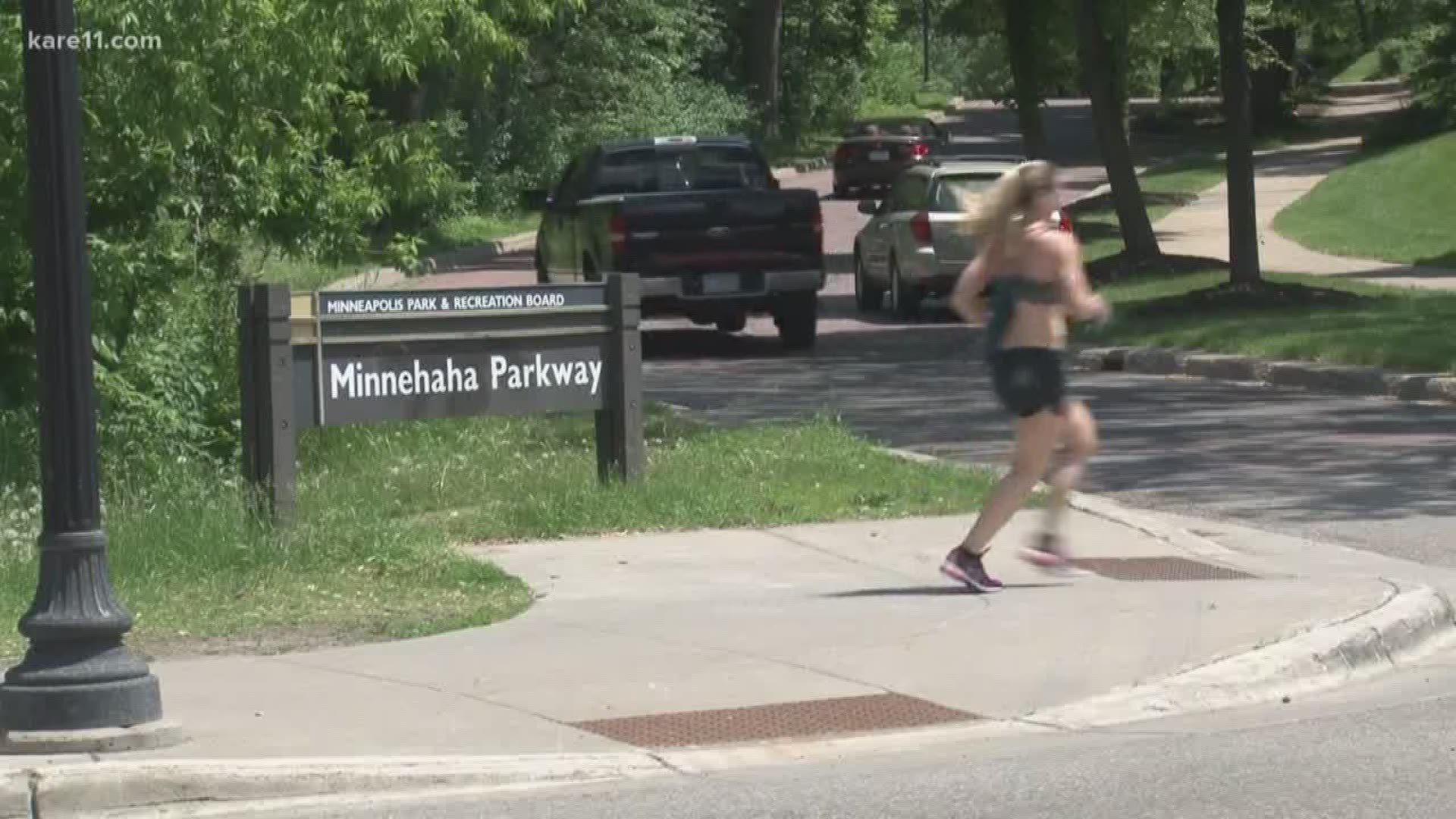 MINNEAPOLIS — It's a scenic roadway that can take you from Minnehaha Falls to Lake Harriet, running alongside its namesake creek.

Minnehaha Parkway was designed to give motorists the experience of driving down a winding tree-lined boulevard, with spaces to pull over and enjoy the trails, green spaces and the water.

But it has increasingly become a shortcut for people looking to avoid congested city streets. And there's often confusion for drivers when they encounter pedestrians and bicyclists at places where the trails cross the parkway.

That's why the Minneapolis Parks Board is considering blocking thru traffic off the parkway between Lyndale and Portland Avenues.

As laid out in the Minnehaha Parkway Regional Trail Master Plan concrete medians would be installed, forcing drivers to turn right instead of continuing on the parkway.

"We’re not talking about closing any access to residents that live on the parkway, it’s just that the parkway flow would be interrupted in a few key locations," Adam Arvidson, who heads strategic planning for the Parks Board.

"At Lyndale and Nicollet we’re proposing not allowing cars to continue on the parkway over the tops of those streets."

He said the new plan is an effort to maximize opportunities for visitors to the park area that straddles Minnehaha Creek.

Arvidson says there's a perception of danger for people who aren't in cars, especially at the awkward intersection of 50th Street and the Parkway, just west of Portland.

"And that prevents people from using that corridor if they don’t feel safe, so we want to make sure the corridor actually works better for pedestrians and bicycles than it does for vehicles," Arvidson remarked.

The plan has been years in the making, and a Community Advisory Committee has been involved throughout, according to Arvidson.

The next public meeting on the Thu, Jun 13 from 6:00pm to 8:00pm at the Lake Nokomis Community Center, 2401 E Minnehaha Parkway