Women are the fastest growing demographic in farming, and according to the 2019 Ag Survey, they are now listed as operators on 51% of U.S. farms. 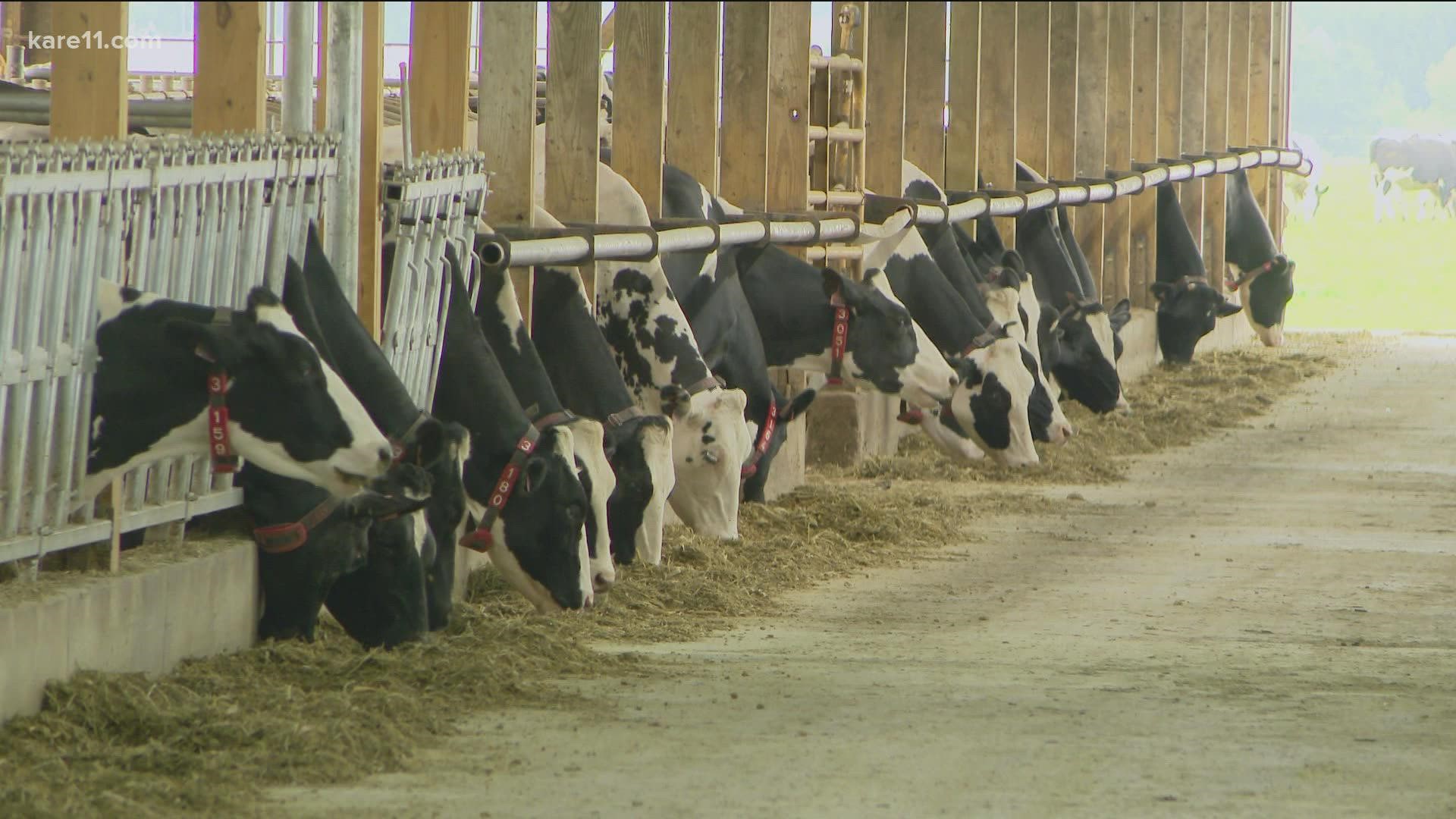 NEW PRAGUE, Minn. — It's an industry that's been seeing rapid advancements in technology, and new numbers also indicate that more and more women are taking ownership in family farms.

Women are the fastest growing demographic in farming, and according to the 2019 Ag Survey, they are now listed as operators on 51% of U.S. farms. And 8-year-old Holly King from St. Louis Park hopes to be among the next generation of women taking ownership in a farm.

"I remember vividly, when she was probably four or five, her brother had asked her what she wants to be when she grows up and she looks directly at him and looks at me and says, very confidently, I want to be a farmer," said Tom King, Holly's father.

"I grew up in Edina. So not too many farms in the small town on the west side," Tom laughed.

But in a way, he did help his daughter discover her passion.

Holly subscribed to the YouTube channel Ollie's Farm, and from there, her wish to become a farmer only grew.

"I just really want to milk a cow," Holly said.

After a message to Land O'Lakes, Holly got some help taking her wish offline, and on the road to Metogga Lake Dairy in New Prague. Emily Pieper recently joined her brothers in taking over the family business, and much like Holly, she also wanted to work with cows.

"I always wanted to do something with cows, and I've always loved cows, being on the farm," Emily said.

Emily recently showed Holly what it was like growing up on a dairy farm, while also showing her how much the farm itself has grown. Turns out, Holly isn't the only one who embracing technology.

"It's been a transition," Emily said. "The robots are brand new to us."

Yes, robots. This summer, Metogga Lake Dairy installed a fully-automated milking process that the cows have been trained to initiate themselves.

"The robot actually memorizes the cow," Emily explained. "Based on the cow's collar, it will know what cow it is, how much they have eaten and how much they need to be milked. They eat when they get milked and they get a treat. That’s what actually drives them to come in.”

It might not be the process Holly imagined, but if you think any of it altered her passion, dream on.

"Who knows what the future will hold, but it's pretty special to have a kid that has a dream and is passionate about something," Tom said. "It means a lot to her."

MORE NEWS: 'Beacon on the curve of Broadway': Capri Theater to make roaring return after remodel