Personal letters sent to Army veteran Kim Lester capture the emotional differences before and after. 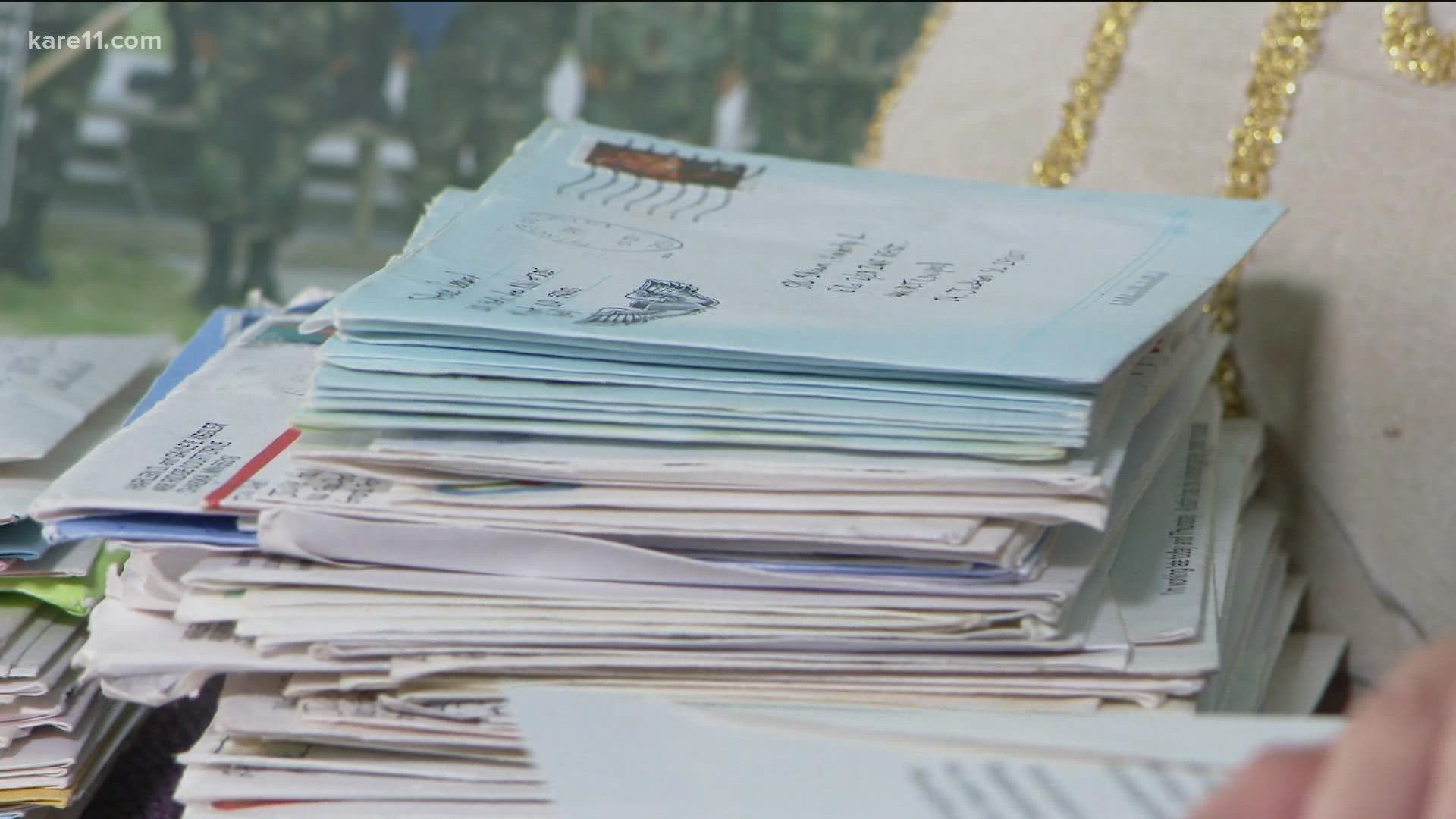 MINNEAPOLIS — People are drawn to the military for a myriad of reasons, but for Kim Lester, a fresh graduate in 2000, the reason was simple

"I had a mountain of student loans and I wanted a way to pay those off," Lester said with a gentle laugh. "And at the time I was dating a guy who had joined the Air Guard, and I had gone to see him graduate down in Texas and I thought, 'I could totally do this.'"

So she enlisted. Just a little over halfway through basic training in Ft. Jackson South Carolina, the 20-something-year-old back then could not have seen the twin towers falling.

"Really, I joined six years to pay off my student loans, that was my original goal and I ended up serving 20," Lester said when asked how her goals had changed post-9/11. "It changed me forever from being like, 'lets sit around have some coffee on these weekends,' to 'ow, we're at war,' because we were at war the entire time that I served."

She said she noticed a stark difference in tone.

Ranging from deep concern, to the letters that clearly show...a loss for words. She had them all.

"This is the sheet that came out showing that I passed, and it's dated 11 September '01 at 9:12 am," Lester said. "And that was right in the middle of both – one plane had crashed and the other hadn't."

"A lot of people from New York and they couldn't call home yet, so it was hard to watch that and be a part of that," she added. "Some did cry but it was taught from so early on that you don't cry, that I think that it was numbness, more of like, 'I'm numb and I don't know what I'm supposed to do,' when you're not seeing it 24/7 on the TV and it's hard to really grasp it."

And Lester said on the 20th anniversary, she's hoping people will focus on the right things.

"Just the divide that our country is in, makes it harder, because that's what I'm thinking about," Lester said. "I'm thinking about those 3,000 people that died, and those people in those airplanes that had no idea it was coming."

RELATED: She escaped from the 68th floor on 9/11. She's finally found peace on a Georgia horse farm