A bridge for a buck?

Brown County is only asking for a dollar for someone to take away the bridge and put it somewhere else. 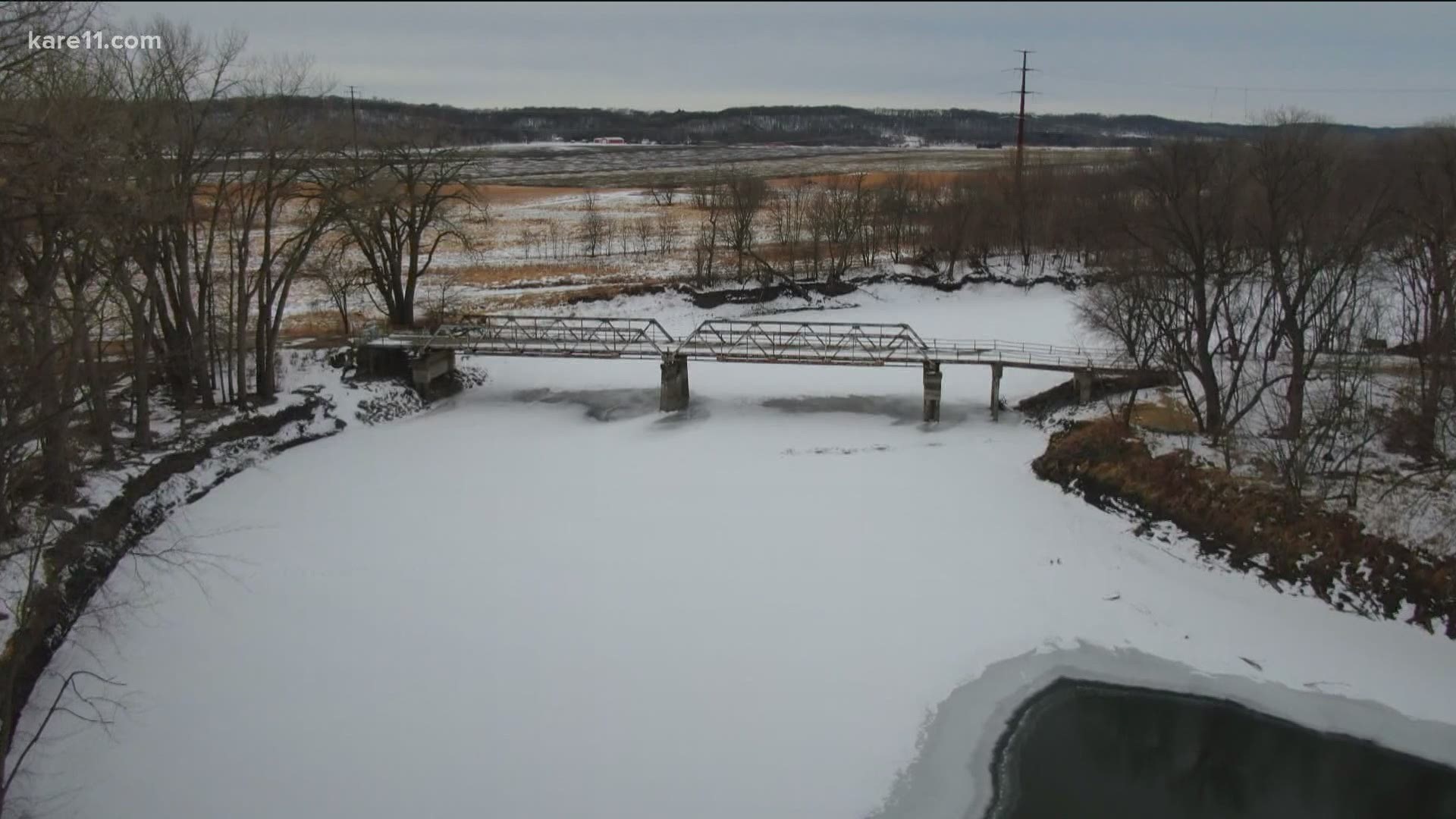 FRANKLIN, Minnesota — Spare a dollar, and you might get a bridge in Brown County.

Bridge 2110 is up for sale currently, and Brown County says it is willing to let it go for the low, low price of just one dollar.

For over a hundred years, Bridge 2110 was the steel and concrete connection between Brown and Renville Counties across the Minnesota River near Franklin, Minnesota.

"It's historical, because it's the longest standard truss bridge of its kind, but it's narrow, and it has some structural deficiencies that we need to replace it," Brown County Engineer Wayne Stevens said. "So we can get modern farm equipment and traffic across it."

Stevens says times have changed. Farm equipment is much bigger these days.

"Yeah it's 18 feet across now," Stevens said, referring to the bridge. "And a large tractor with duals on it is over that--about 21 and a half feet wide. So it can't take big equipment, big tractors and combines across here for width. Also for weight because it's restricted to five ton for substructure issues."

So Stevens says they're letting her go for just one single dollar.

"Because we wanna get rid of it, we're not looking to make any money off it," he said. "For the better of the traveling public, we want to get rid of it. Keep it some place else."

However, the truth is that the bridge is for sale for a dollar only. Shipping, handling, maintaining, refinishing, not included.

"Yeah a dollar is easy to come up with but transporting it to wherever you want--it could cost 40 to 50 thousand dollars," Stevens said. "Then building a substructure could cost a few hundred thousand dollars/ So it's going to cost a significant amount."

"We like to have them keep it as close to historical characteristics that it has," Stevens said. He added that it might do nicely on a trail somewhere.

Despite the marks of indignity it wears now, covered in graffiti tags, the bridge is the longest of its kind in the state, something worthy of note, and preservation.

Stevens says he's hoping the next owner would give it new life as they await letters of intention for the next five months.

"We'll see if we get some, and we'll see which one is the best," Stevens said, referring to letters of interest/intention. "One that retains the historical characteristics of the bridge is the one that will probably get it. Otherwise if we have just one person offers it-- then that person would probably get it."

The address is below:

OTHER NEWS: Grammys 2021 ceremony postponed because of worries over COVID-19

OTHER NEWS: Industry experts predict spike in gas prices for 2021