A Co-op for Black farmers is thriving in northern Minnesota

The 40 Acre Co-Op is providing a space for Black farmers to empower themselves. 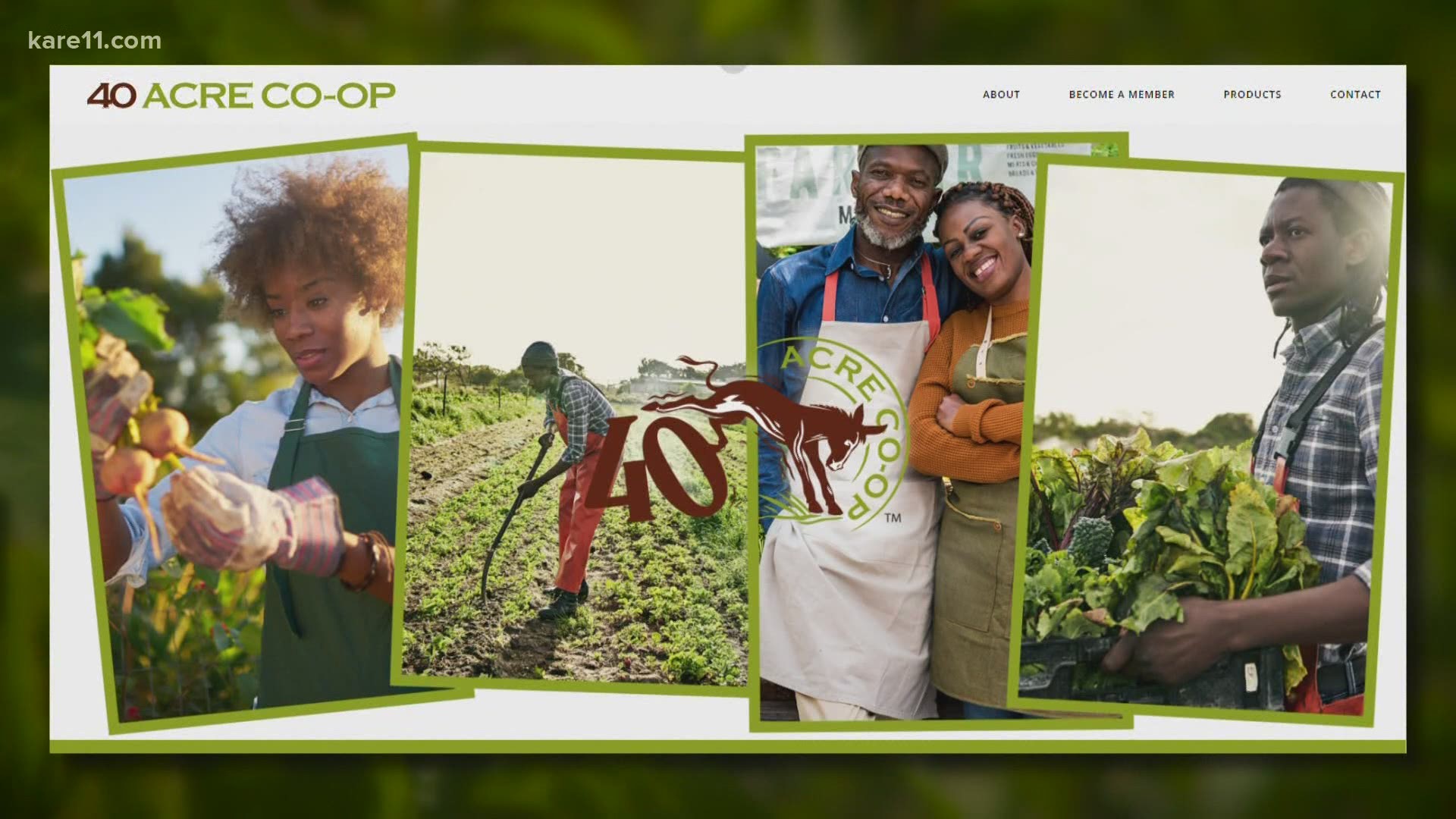 Farming is a way of life in America. It has been for centuries.

Over time, it has changed as technology, food needs, and climate changes.

But one thing that hasn't budged in significant numbers is who owns those farms.

We decided to look into that through the lens of a Black farmer in northern Minnesota who has started a cooperative for farmers like her, called the 40 Acre Co-Op.

The 40-acre ranch is a labor of love for Angela Dawson, her family, and all the goats, chicken, guinea fowl and sheep that surround them which would be enough.

“Forty-acre ranch is a cooperative, a farmer owned cooperative that focuses on bringing market opportunities to black and other farmers across country,” Dawson said.

Why focus on Black farmers?

Because they are so few.

When their population is so small a Co-op helps them help each other get in, or stay in, the game.

“Basically we decided this model was necessary in order to keep money in the agricultural community directed toward Black farmers so that they can be successful in agriculture just like everyone else,” Dawson said.

It was a way to steer clear of the traditional model as that model has been a difficult one for Black farmers.

There are a few examples over time.

One is the class action suit against the USDA by Black farmers, Pigford v. Glickman, claiming racial discrimination by the agency. That was settled on the farmers behalf.

Another is in a report by the USDA called "Black Famers in America: 1865-2000" - right off the bat it says: "Black farmers in America have had a long and arduous struggle to own land and to operate independently…”

And the third is the broken promise to Black people who wanted to own and till land. That broken promise is the inspiration for the name of the Co-op.

“The name is pretty telling. The name obviously comes from the history of the 40 acres, the 40 acres and a mule that was promised,” Dawson said.

So all of these years later, in northern Minnesota, a wrong becomes something Angela wants to do right and is being joined by farmers all over the country.

The state of the no-knock warrant after Breonna Taylor's case