A heart to celebrate: Why today some celebrate Organ Donation instead of Valentine's

Carson was a just a regular 13-year-old spending a lazy summer day at the cabin when his heart began to fail. 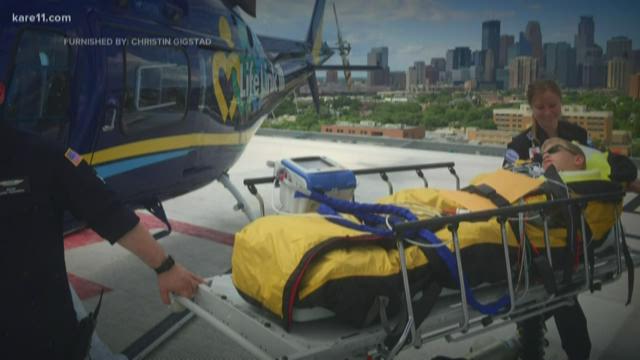 It all happened in 11 days.

On a hot summer day in July, at the family cabin in Brainerd, Carson Gigstad told his parents he had a headache and a stomachache and needed to go to the doctor.

He was 13-years-old, and his mom, Christin Gigstad reacted how any mom might — what teenage boy asks to go to a doctor?

They took him to Urgent Care — and within hours were on a chopper to Minneapolis Children's Hospital because Carson was in heart failure.

In the days that followed Carson's condition kept getting worse and the only option, Christin said, was a heart transplant.

The day that it came was far sooner than anyone could imagine — and getting it — Christin said was a beautiful tragedy.

Her son's chance at life, meant someone else, lost theirs.

RELATED: Watch this father tear up listening to the heartbeat of his deceased son

RELATED: Edina man gets new kidney, then gets new Mustang

A heart to celebrate: Why today some celebrate Organ Donation instead of Valentine's