A paralyzed dog is full of life, and looking, for a home

“Just full of love and happiness and just wants to live life despite his disability.” 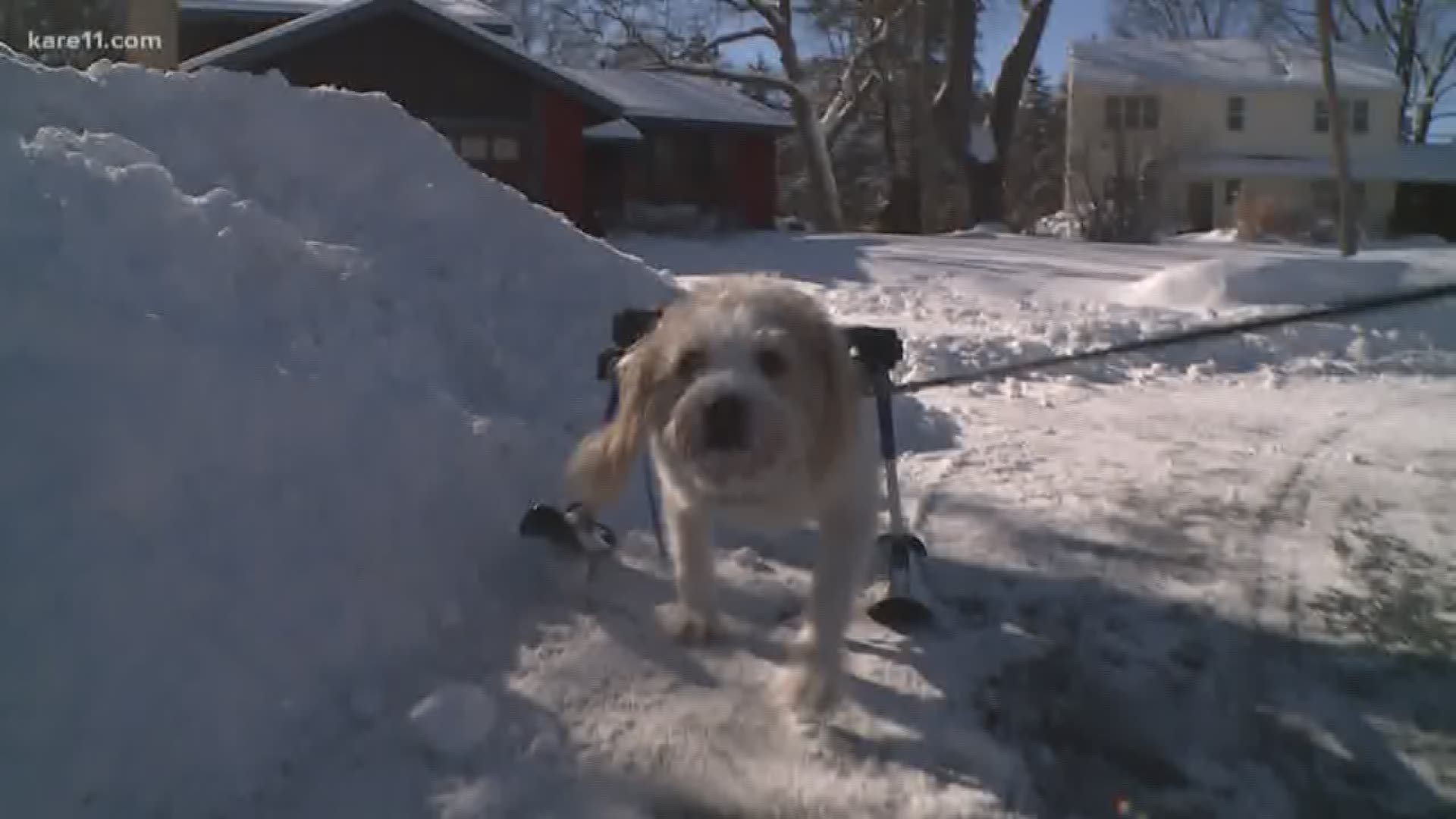 And then, people adopt them.

Big ones, small ones, boisterous ones and shy ones.

Thousands of them over the years have gone to forever homes but there are a few, called fighter fund dogs, who aren't as easy to place.

“The fighter fund is a special program run (by Second Hand Hounds) that takes in dogs that have been abused or neglected, abandoned in some way, accidents that need some kind of special medical care,” SHH volunteer Jo Ostlund explained.

One of those dogs, is Jackson.

Fast for a 7-and-a-half-year-old living life, on only half of his legs.

“He came from one of the southern states where four years ago he was involved in an incident that left him paralyzed in his back,” Ostlund explained.

Limited in ability Jackson refuses to slow down.

“Just full of love and happiness and just wants to live life despite his disability,” Ostlund said.

But wallow in it Jackson will not.

It's like he knows two out of four legs isn’t bad.

He scoots, and skiis, with such joy.

He would be so grateful, to come to your home, forever.