A candid conversation with Santa Claus 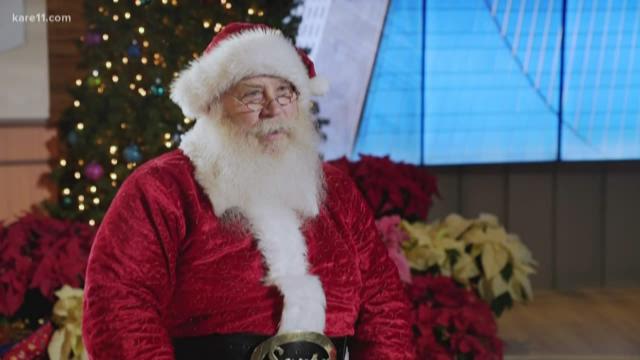 JANA: How long have you been doing this job, Santa?

SANTA: Since about the 4th Century

JANA: Has the life of Santa changed much since the 4th century?

SANTA: I did a lot of good deeds back in the day for people and I still do good deeds today but there’s more of an aspect of social work to it now. People see me as a way to promote sales and bring people in to their stores and I have become a figure of the season as opposed to the original reason for the season to some people…but I still stick to the values in my heart.

JANA: Those original values being?

JANA: We have been disagreeing a lot as adults this year, arguing a lot too. What do you make of that?

JANA: What is the biggest challenge being Santa Claus?

SANTA: The biggest challenge would be to keep your emotions in control when you hear a sad stories. I have had young people who are in gangs approach me and ask how they can get out of the gang life. I’ve had families who have lost a child come for their first photo without that child and I’ve had people who are suffering from depression come and just want to sit on my knee and tell me what’s going on in their lives.

JANA: You ever want to get a different job.

RELATED: Nine ways to include your pet in the holiday fun

SANTA: No. The Easter bunny works way to hard with all the candy and I have a problem with candy so I’m happy with where I am.

JANA: What is Santa’s favorite song?

SANTA: Silent Night, I love it.

SANTA: I’m not a huge milk fan, it get’s stuck in my beard and then my beard gets really sticky.

JANA: What do you think of the cold in Minnesota compared to the North Pole?

SANTA: It’s at least 40-50 degrees colder at the Pole. I live there because there really is very little traffic and I don’t even have to have an invisible fence for the Reindeer. They can roam all they want.

JANA: Any final thoughts for us this year Santa?

SANTA: I would like to see everyone be kind to one another, lay aside politics and commercialism and just be kind.