This is in light of the Kenosha County district attorney's announcement that the officer who shot Jacob Blake multiple times will not be facing charges. 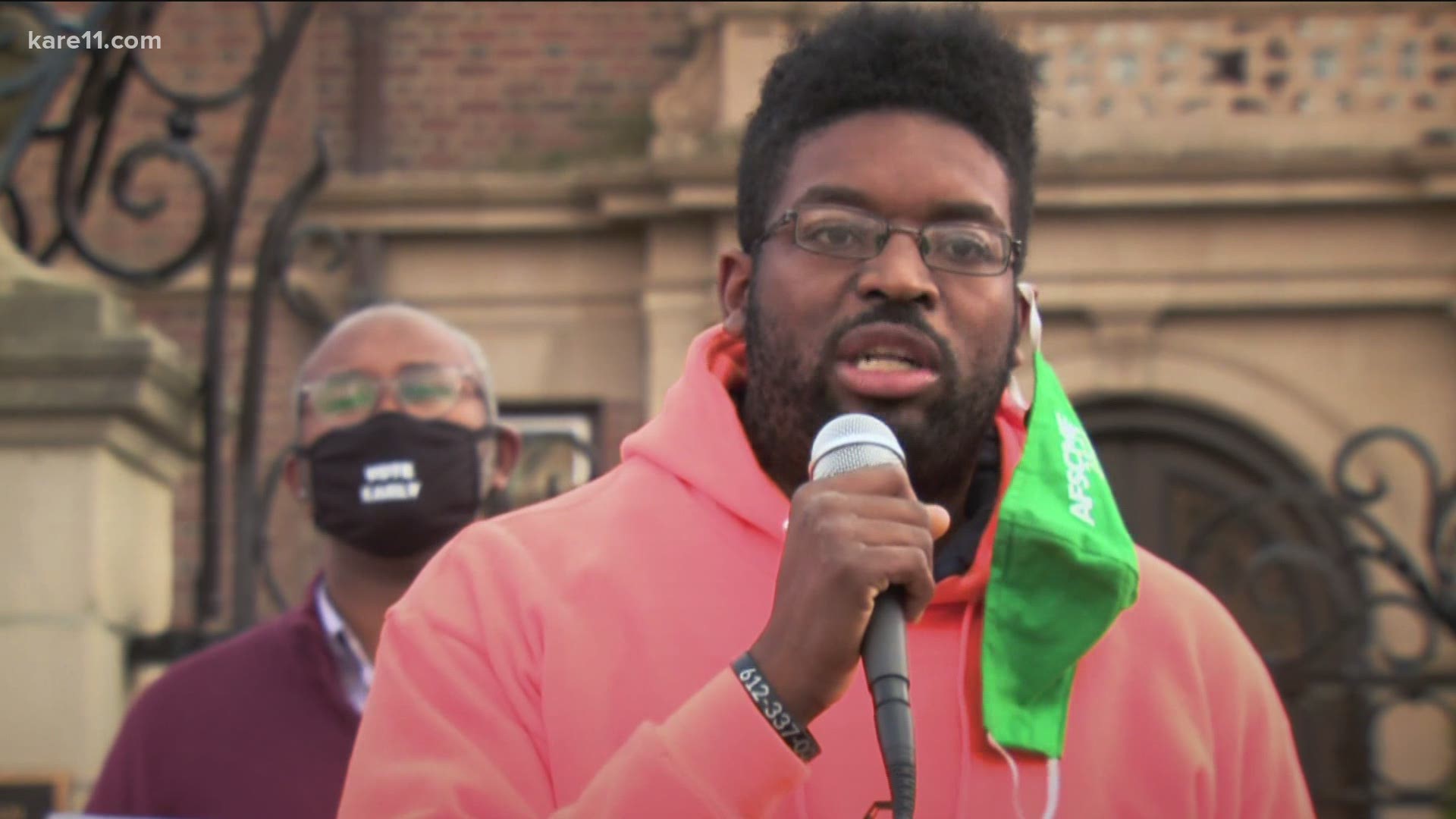 MINNEAPOLIS — When the video of 29-year-old Jacob Blake getting shot at point blank range by police officer Rusten Sheskey made the rounds, DJ Hooker didn't watch.

"Me personally, I have not see Jacob Blake's video," Hooker said. He followed up by saying he tries not to watch videos like that.

Hooker, who is an organizer for Twin Cities Coalition for Justice 4 Jamar, a group that was formed when Jamar Clark was shot and killed by Minneapolis Police in 2015, has been watching this cycle go on for years.

"It's really exhausting talking about it because I sound like a broken record," Hooker said. "I'm saying the same thing over and over and over."

That same thing: Black lives matter. Hooker said it's the same message he heard from a speech given more than 60 years ago.

"I was listening to MLK and I had my eyes closed, and I thought he said Floyd's name," Hooker said. "He was talking about the exact problems we're still facing. We're talking about the exact same issues. Nothing's changed. 60 years. Black and Brown and Indigenous people are still being gunned down in the streets with no justice."

However, despite being exhausted, he said it's still important to march, and to rally.

Credit: KARE
One group of activists at the Minneapolis rally held a banner calling for the prosecution of the four MPD officers involved in George Floyd's killing.

"We have that right as African Americans in the United States of America, to flex on our right to assemble," Gramenz said.

He said that rallies are more than just one way to make sure no name is forgotten. He added that it's a tool to put pressure on the justice system.

"Unfortunately it was a situation where Jacob Blake made some bad decisions," Gramenz said, referring to criminal charges Blake faced prior to the police shooting. "He was filed for what he had done. However, just being a leader of Black Lives Matter, and understanding the importance of due process, and understanding how our entire system works, no officer should ever have that opportunity or have any kind of way to carry out an execution rather than giving a person the due process."

Gramenz also added that at the rallies like the one that is being held on Saturday, is where bigger ideas come from.

"If we march in the streets every single day, and we've done that for the past five, six years and it keeps happening," Gramenz said. "I believe it's getting worse. We have to then change the laws, the rules, and states, within our country that is so great, that is already standing here in existence. The only people that can change this is people internally, and that's us, other African Americans that still have a positive push in fighting this social injustice."