After a tough 10 months, service industry anxious for restaurants/bars to reopen ... again

Servers and bartenders say many have moved on. Those who remain have hopes for the future. 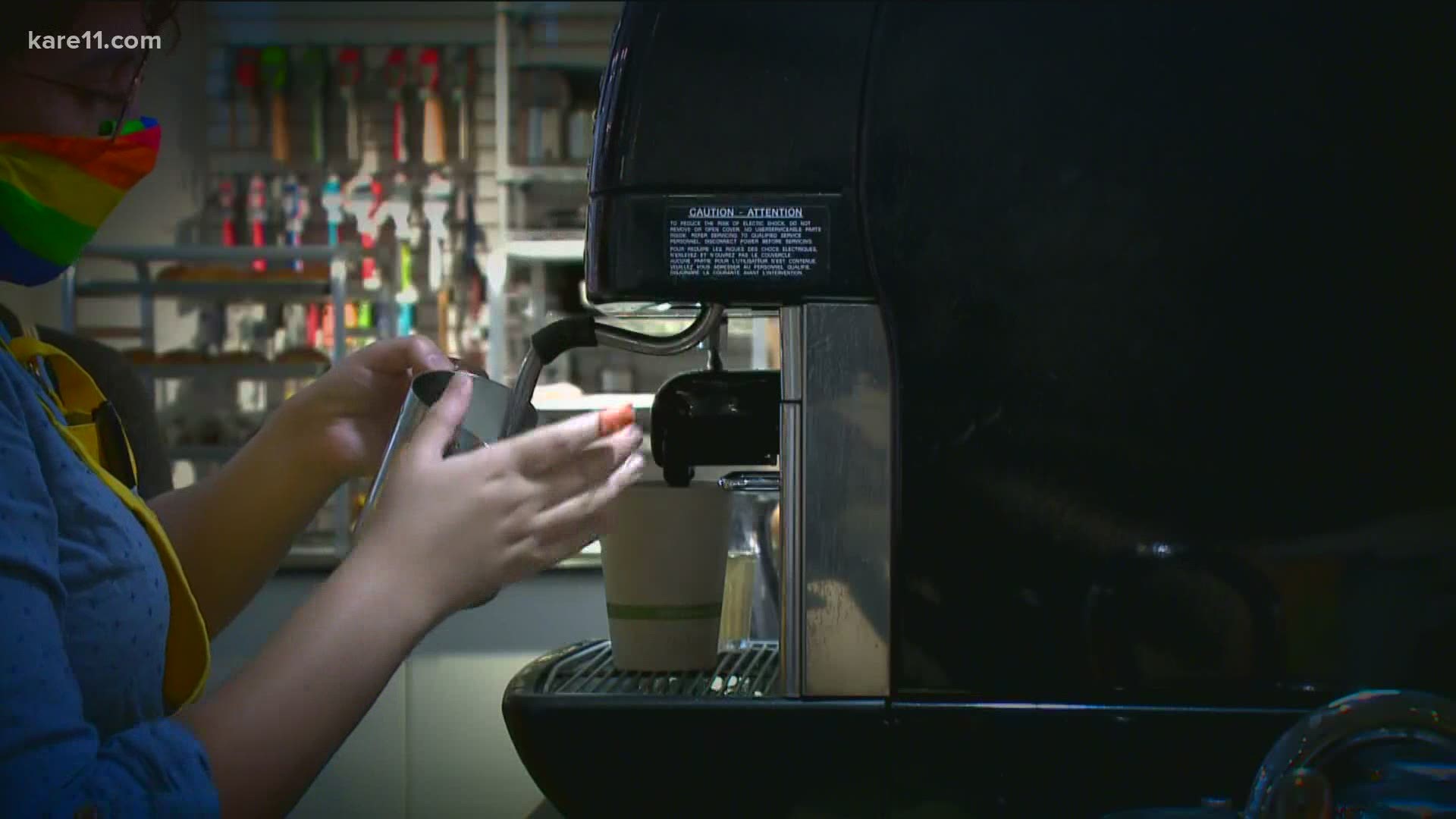 MINNEAPOLIS — As Minnesota Gov. Tim Walz prepares to ease COVID-19 restrictions on restaurants and bars Wednesday, many who work in the service industry are trying to be ready for anything.

"Now it's just a waiting game," said Michael Juhl, who has been bartending for 25 years, including the last eight at The Otter Saloon in Minneapolis.

Juhl says some of his friends and former co-workers couldn't wait, either, moving away or moving on from the industry at different points in the year.

"It's definitely stressful. Nobody is making money," Juhl said. "I'm fortunate in the sense that I don't have a family, as far as like having children,  and worrying about that kind of financial burden. You just have to move forward and persevere. You can't let it get you down."

That's not to say Juhl, hasn't been frustrated with what he sees as some uneven restrictions for bars and restaurants, but he's also seen the toll the pandemic has had on the healthy and safety of others.

"I know some people that have had it," Juhl said. "I know through other acquaintances and working in restaurants and bars over the years, people that have passed away as well. Young, old... it's affected a lot of  people, it has not personally affected me or my family, but that doesn't mean it's not a real thing."

Still, even when things got tight financially in recent weeks, Juhl says he only briefly considered switching careers.

"(Bartending) is hard on the body a little bit when you're in your upper 40's," he said. "But it's what I love to do. I enjoy working with people and I've been doing it for so long, I'm not really sure what else I would do?"

For Lindsay Guentzel, re-joining the service industry was supposed to be the start of a new career.

"I went back into working in a restaurant in February of 2020," Guentzel said.  "I finished my two weeks of training and was on the floor for barely three weeks and the first shut down happened. My first day of unemployment was actually my birthday, so that was interesting."

Guentzel, who offers meal prep tips and cooking segments on KARE11 and other Twin Cities media outlets, left a career in radio last year in order to dedicate more time to her food and lifestyle website.

"Taking this job in a restaurant provided me with, not only the financial support and the flexibility, but it also got me around food, which is also where I want to build my career," she said.

After ten months marked by extended shutdowns, she is anxious to get back to serving, but she wants people to know how much the industry has changed and adapted in the process.

"The one thing that's really changed in the industry, and a lot of service industry people will point this out, is that, prior to Covid, I was responsible for just managing myself," Guentzel said. "Now we're managing other people. There's a level of adult babysitting going on; one, because we want to keep everyone safe; two, because we want to keep our restaurants open."

Juhl says the same has been true for bars, and he simply asks for patience and understanding.

"Whether or not you support the mask or don't support the mask, we still have to play by rules that are given to us," Juhl said. "You know, this is a group effort. You're in public and just respect each other. That's a lot of it."