After theft, businesses help get Mpls nonprofit's vans back on the road

After thieves hit a Minneapolis youth nonprofit, businesses stepped in to get WE WIN Institute's vans back on the road. 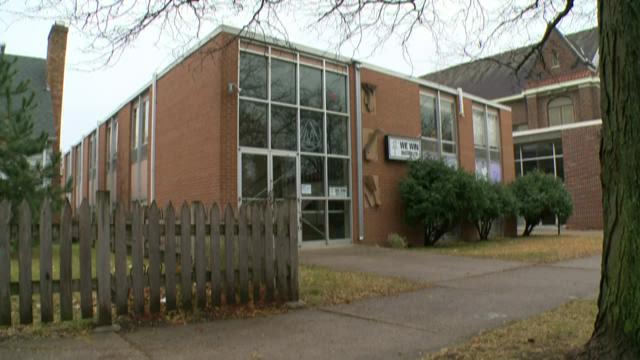 MINNEAPOLIS, Minnesota — A south Minneapolis nonprofit had to cancel its youth programs last week after thieves removed the catalytic converters from all three of their vans. But an outpouring of community support is helping the nonprofit get its vans back on the road.

"Our vans got vandalized right in the middle of our time, in terms of getting ready for Kwanzaa, and it was very devastating," said Titilayo Bediako, executive director of WE WIN Institute.

The youth service organization works with about 250 children each year.

"WE WIN is an organization where children come to become their best selves. We use culture and history as a way to assist our children," Bediako said.

But they had to cancel some of their programs last week after thieves removed the catalytic converters from all three of their vans overnight Wednesday. The vans are used to transport kids to and from programs.

Credit: WE WIN Institute
The youth service organization works with about 250 children each year.

Minneapolis Police Spokesperson John Elder said, anecdotally, they've heard of an uptick in metal thefts in the city. Elder said any time the price for raw metals goes up, police see an uptick in these kinds of thefts.

Bediako estimates at least $3,000 in damages.

As of Tuesday, they were still short on transportation with just one van fixed.

"When they took the parts from our van, it disrupted the teaching and the learning that the children were receiving in terms of getting ready for our Kwanzaa celebration," Bediako said.

But as news spread, so did the community's support.

"I called Titi at WE WIN Institute and chatted with her and just said, 'Hey, you know what... we'll just take care of it for you. We'll come get the vans, we'll tow them in and at no charge we'll take care of this for you,'" said Joe Stranik, a franchise owner of some of the Midas auto shops in the Twin Cities.

So Stranik's team took in the two vans that still needed to be fixed on Monday. One of them is at the Midas on University Avenue in St. Paul. Midas is doing the labor for free and NAPA Auto Parts donated the converters. It'll end up saving WE WIN more than $2,000.

"I was just kind of touched by the story when they talked about how some of the kids cried when they couldn't get to their events and stuff. We have the capability; we do these all the time so it just seemed like a natural fit," Stranik said.

Bediako added, "It's absolutely amazing and a blessing. So yeah, we move forward."

Minneapolis police are investigating the thefts but so far, no arrests have been made.

If you would like to help WE WIN, a GoFundMe page has been set up to help offset their extra transportation costs.