A throwback to the good old days when small computers weren't in our pockets, Brian Davis says the phone has been a hit in the neighborhood. 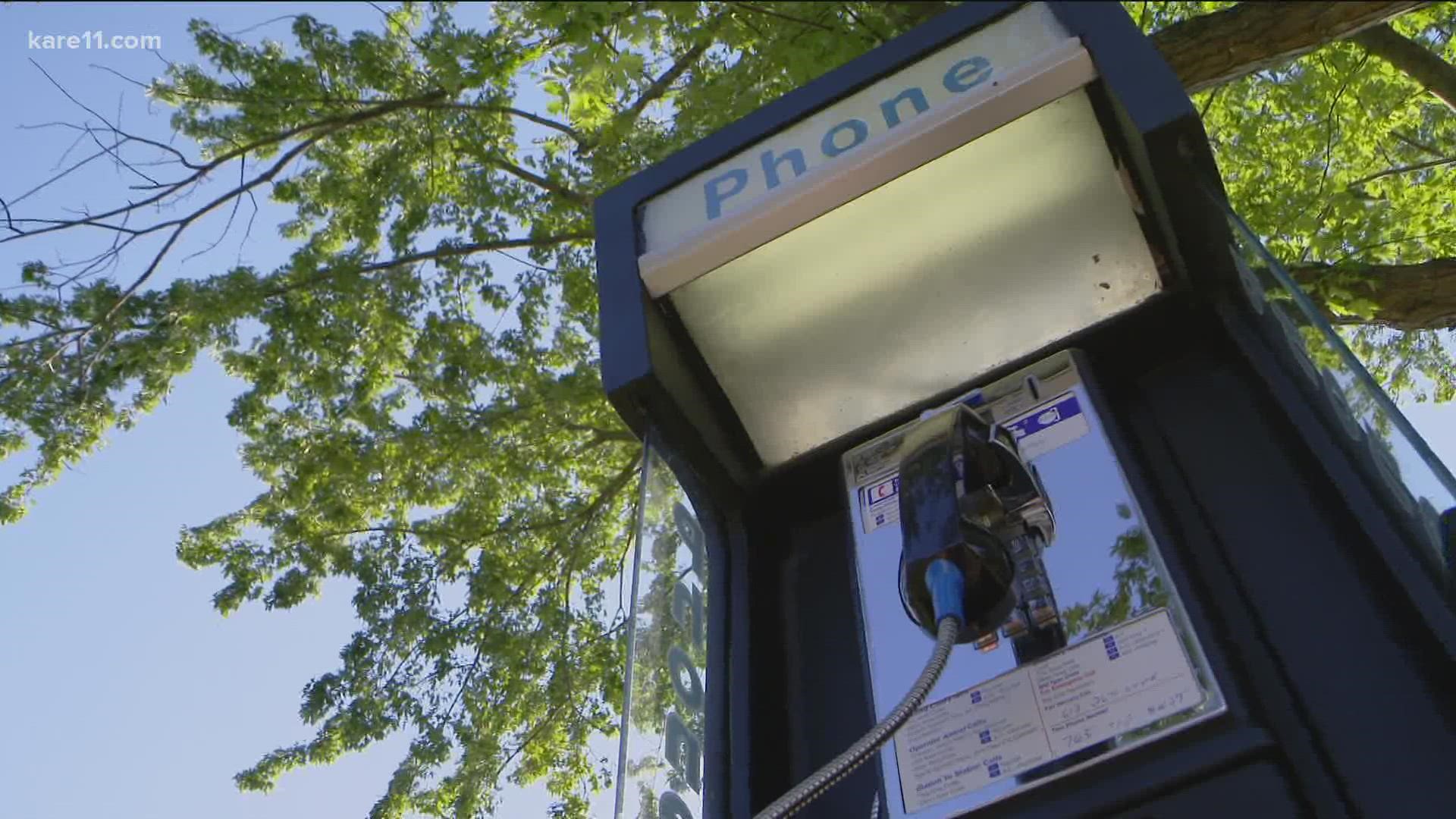 ANDOVER, Minn. — Ever drive by something on the street and think, "Huh?"

Well, this is how we came across Brian Davis and his telephone — specifically, his front yard pay phone.

We all know as time passes, some things like pay phones become harder and harder to come by.

"I Googled, went back to Facebook Marketplace and they're out there but [couldn't find] anything that I really liked," Davis said. "I just looked and came across this way west, in like, Waverly or something."

Davis said it took him a good chunk of time to finally come across the pay phone he liked. He said he was looking for one for his home remodel. He wanted one in his front yard — because why not?

It was kind of nostalgic for him.

"We'd be like, 'Alright, let's call mom,' and you just play that little part of the Stevie Wonder song," Davis said. "'I just called to say, I love you,' and then you just hang up."

Prank calls and their anonymity. Fun right? That inspired Davis to install the pay phone he found in his front yard, which is fully functioning, by the way.

"It's connected to my landline," Davis explained. "At first I forgot how to use a pay phone. I'm like, 'Oh, my gosh. You have to add four quarters.' It came as four quarters."

It's an expensive phone call to make, so you better make those minutes count. But it's for the novelty right?

It's also a throwback to the good old days when small computers weren't in our pockets and hearing the voice of your loved ones cost you a little something. Despite the cost, Davis said it's been a hit in the neighborhood.

"You see them walk over, taking pictures," he said. "Some use the phone. A couple came here from Coon Rapids just to use their phone to call their mom."

Times have changed, but a purpose of a phone hasn't. The little one off Tulip Street in Andover, Minn. is bringing people together both near and far.