The memo had guidelines on what libraries can and cannot highlight as a dedicated display during the month of June. 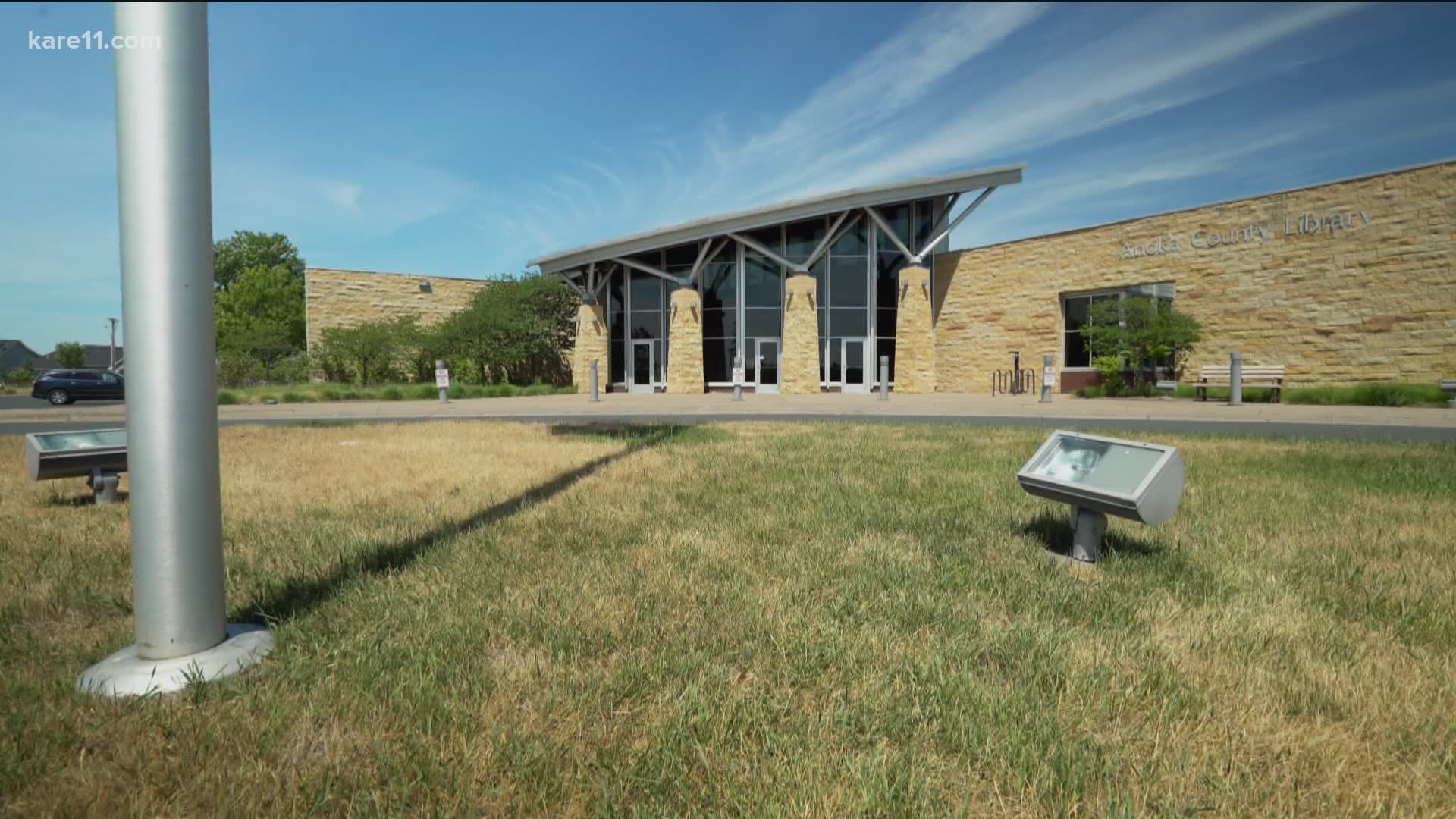 "I'm speaking for myself, as a member of the public, not in any way official or otherwise for the Anoka County Library," he said.

As an employee of the Anoka County library though, Cox says he found portions of an internal memo that had guidelines on what they can and cannot display during the month of June, disturbing.

"In the memo it specifically outlined that this summer, this month June, that we would not be having any messaging or displays specifically for Black Lives Matter month or Pride month," he said.

The memo reads in part:

"Some Highlights for June:

"When I read that part, it amounted to me as targeted disenfranchisement," Cox said. "It's singling out two groups of marginalized people in the community and saying that those displays, those messaging, those imagery, those words are not welcome."

"All kinds," he said. "We can display them as long as we don't use the word Pride or evoke the message, 'Black Lives Matter.'

He explained that that is what the memo meant, that the books cannot be involved in a specifically highlighted display.

In a new statement, Anoka county said it has been a county practice that all employees not display political signage, endorse groups or political organizations.

You can read the entire statement here:

"Anoka County's general county practice and expectations of all employees has always been to not display political signage, endorse groups or political organizations, or specific policies/platforms, even in their private workspace.

The internal email communication about summer displays and messaging came from the Library Management Team because staff requested guidance on what may not be appropriate. There was general county administration guidance on what libraries should avoid to maintain a neutral, welcoming message to all staff and patrons, which includes BIPOC, families of law enforcement, LGBTQIA+, conservative and progressive visitors, etc. We feel it's important our libraries be a civic group, not a political group.

Anoka County libraries strive to reflect our community and the individuals we serve. We will continue to encourage library displays celebrating Asian American and Pacific Islander Heritage in May, Indigenous Month in June and Women's History Month in March. In fact, a day or two after the internal email was distributed, the American Library Association (ALA) designated June as Rainbow Book Month, and our libraries have the opportunity to participate by creating displays celebrating authors and writings that reflect the lives of the LGBTQIA+ community, much like February is used as an opportunity to celebrate Black History Month with displays and books highlighting BIPOC and authors.

Anoka County believes that libraries are meant to be content neutral spaces where the public can access materials to further their own education and personal enjoyment.  To promote one political or social cause over another would undermine that goal of content neutrality. Our library system provides a wide range of materials that are available to Anoka County residents, including many titles that represent the experiences of minority groups.  The Library has not removed from circulation any title or piece of reference material.  To characterize the Library policy as censorship grossly misrepresents that term and discredits the real victims of censorship, like imprisoned authors and truly oppressed people.  Libraries are open places designed to provide education and enlightenment to the public, not a platform for individuals within the library system to promote their own social beliefs or ideologies.

This was guidance that our library teams were asking for and has been difficult to communicate with clarity. There are many misleading statements that are surfacing in social media and emails, and the team members who have been the most vocal have never reached out to the director or management team to discuss ways to move forward.

However, Cox says the LGBTQIA identity or the Black identity is not a political statement.

"In Anoka County, some people don't agree that people's identities are anything more than a social movement," Cox said. "They are calling it cancel culture. That's not what this is."

Cox said creating a deliberate message of acceptance is especially important in a county where a health commission research showed a staggering number of teens who had suicidal ideations.

"Of those teenagers from 11 to 17, 72% of those identifying as trans, had stated that they had contemplated suicide seriously," Cox explained. "The LGB portion of that same study was at 67%. These are children who are contemplating suicide, and the county's message to say that they're not included, yes materials can exist, however they cannot be highlighted with the word Pride, you cannot say ,'Black Lives Matter.'"

EDIT: Anoka County has made a clarification in their newest statement.

"To characterize the Library communication as censorship grossly misrepresents that term and discredits the real victims of censorship, like imprisoned authors and truly oppressed people."

"this is not a 'policy', it was guidance or a communication. Policies are voted on by the Board."