'Art In Ice' popping up in parks across Minneapolis

You can explore five new ice sculptures in five different Minneapolis parks... before they melt. 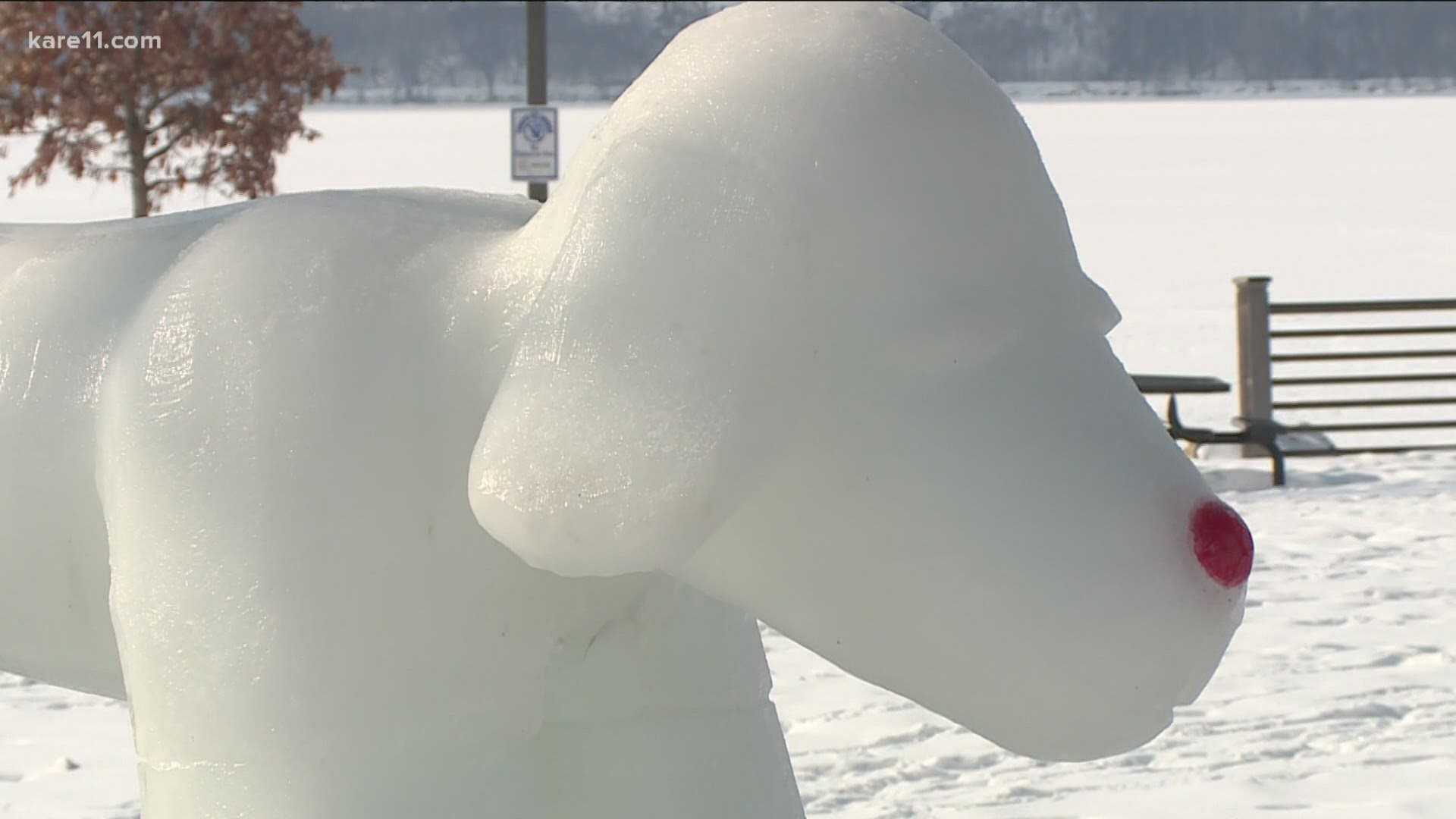 "I've probably got, ten to twelve hours into it," Swarbrick said. "But you can multiply this by five."

His work, from a large horse in North Commons Park, to a large dog on the shore of Bde Mka Ska, drew a lot of attention by Friday morning. And unlike a different ice sculpture that was recently removed in St. Paul, Swarbrick had a permit.

"A friend of mine is the one who did the ice curtain," Swarbrick said. "When the city came and took that away, he was all bummed. I was teasing him. We were calling him SnowBanksy."

Not only did Swarbrick work with the Minneapolis Park Board on the locations for each of the sculptures, he was backed by The Minneapolis Institute of Art, which gave him a huge assist on the source material.

"I'm a big fan of Salvado Dali's work," Swarbrick said, finishing work on a sculpture at Boom Island Park. "This is Aphrodesiac Telephone."

Katie Hill, with the Minneapolis Institute of Art, says the Art In Ice project is aimed at adding some fun to frigid Minneapolis walks, while also making art more accessible during the pandemic.

"It's been a long winter and the museum is at a limited capacity right now, so we really wanted to reach out and get the artwork outside of our walls, in a way you can only do in Minnesota," Hill said.

Art in Ice will also give people a chance to interact with iconic MIA art in new ways. Anyone can find the locations of the five ice sculptures and learn more about each of the works of art they are based on. The list includes Celestial Horse, Aphrodisiac Telephone, Olive Trees, Veiled Lady and Your Dog.

"While we wouldn't encourage climbing or anything destructive, if you've ever wanted to touch the art, this might be the only time," Hill said.

For Swarbrick, the project offered a chance to do something rare.

"It's replicating world famous art," he said. "Not many people get the honor to do that and so it was a challenge and it was a lot of fun. To bring it outdoors and bring it to them, the people who didn't get a chance to go to the museum, they have a chance to come and admire some of their pieces in a different way."

For Megan Wetzel, who owns BusyBee Dogs, the art was more than a fun photo stop.

"I can't bring dogs in the museum and you can't get in a museum right now safely so this just hits every mark for me, so this is amazing," Wetzel said. "It's been a year now that everything shut down and this is just so great to see this. It lifts up my day that we can go out and do something like this."

The Art In Ice sculptures are open and free to explore for as long as they last. Swarbrick said he hopes they survive next weeks warm up.

RELATED: Busy day at the car wash and ski hills with winter temps in the double digits

RELATED: Minnesotan's streak of swimming every day in Lake Superior is threatened by cold snap ice-over