As Minnesota preps for a return of fall prep sports, here's how other states are doing

Sportwriters in Wisconsin and Iowa say Minnesotans should be ready for anything as fall sports return. 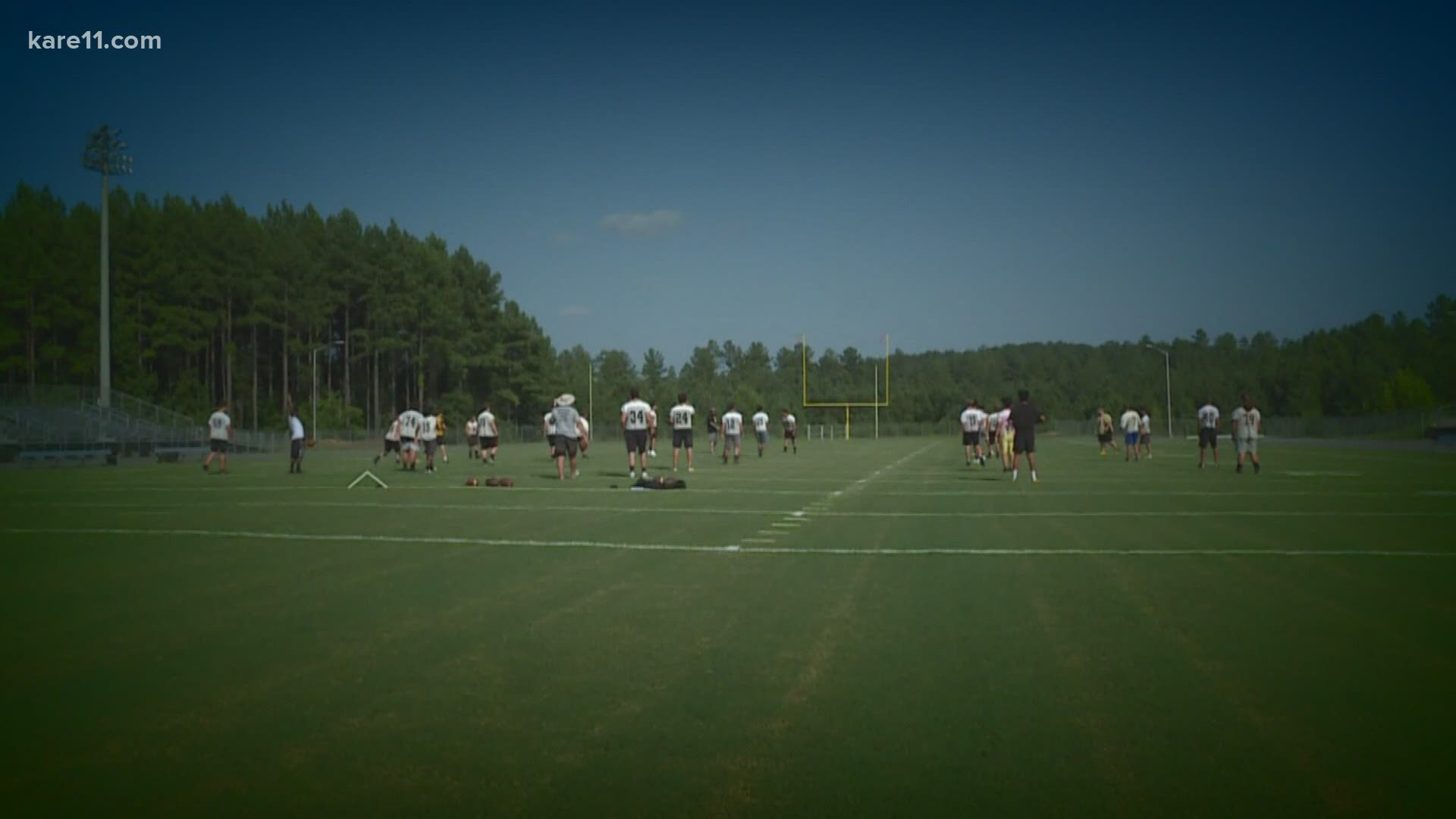 MINNEAPOLIS — Minnesotans don't have to go far to understand what might be in store for the newly restarted high school football and volleyball seasons.

"Get ready for constant change and twists and turns," said Mark Stewart, Preps Editor for the Milwaukee Journal Sentinel.

Even though high school football has yet to officially kick-off in Wisconsin, Stewart says there have already been a lot of changes prior to the kickoff this Friday.

"For football you're seeing teams where, a week ago, they didn't think they would be able to play," Stewart said. "Then a week into practice they get cleared by the health department."

To the south, in Iowa, the fall seasons are already several weeks in.

"As of right now, I think things are going pretty well," said Jeff Johnson, a sports writer for the Cedar Rapids Gazette. "You know, talk to me in an hour and maybe that won't be the case, it's just that everything is that fluid."

Johnson says the numbers of teams that are quarantined due to COVID-19 cases has changed throughout the past few weeks, but he says there are currently about ten teams, including five in class 4A, sidelined, which has forced schools to get creative.

"We had a couple schools around here that were supposed to have games this Friday night," He said. "About 2:00 that afternoon the schools they were supposed to play canceled because of COVID concerns. So what did they do? They got on the phone, got together and decided to play a game roughly four to four and a half hours later." 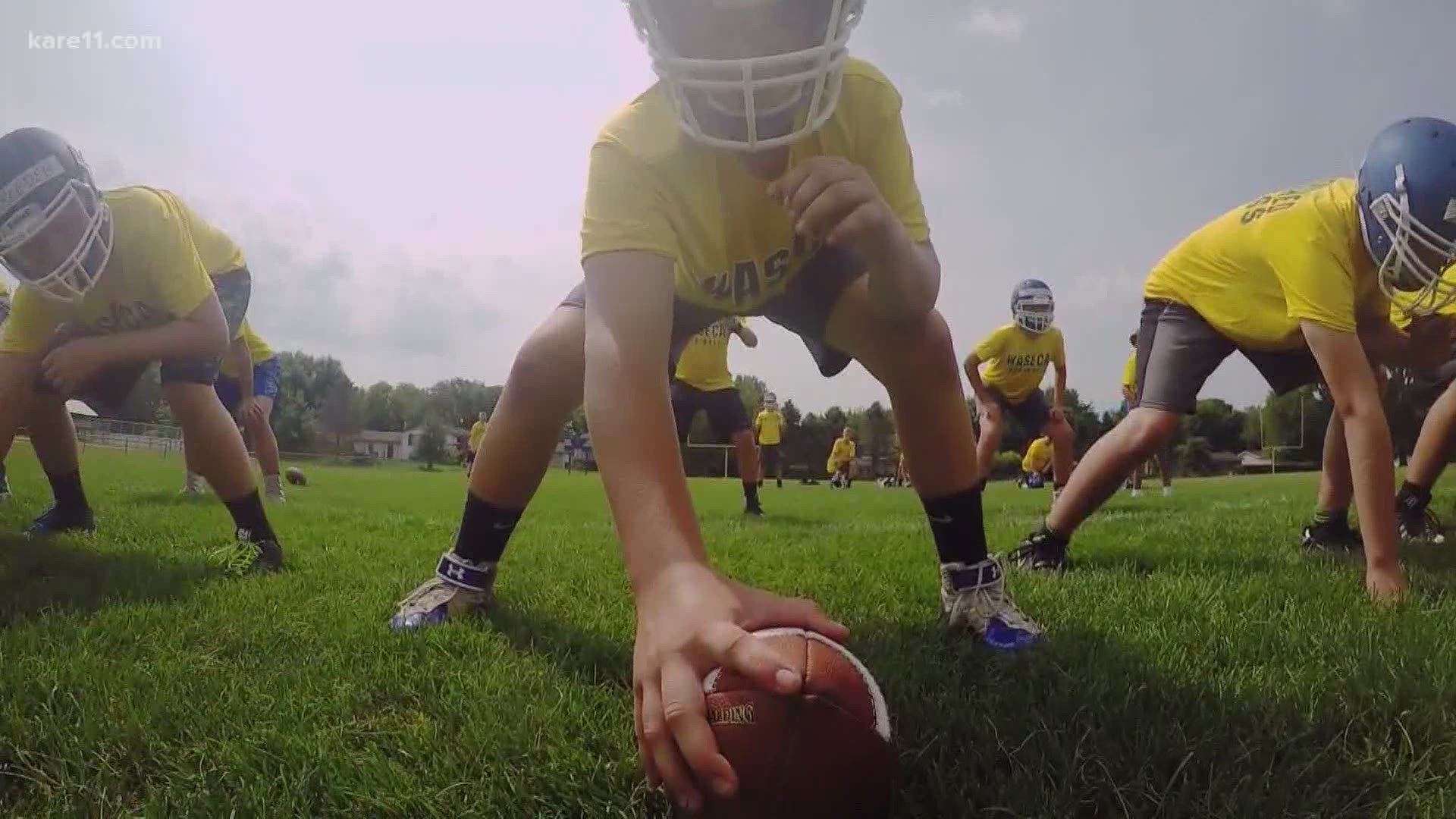 He says Iowa's county health departments are helping districts with that decision making, leading to slight differences depending on where games take place. Take volleyball, while Wisconsin volleyball players are required to wear masks, even while playing, in Iowa it depends on the team.

But Johnson says Iowa does have one firm rule that has forced most big city districts to sit out their seasons altogether.

Over in Wisconsin, Stewart says some metro schools have more options. In addition to presenting safety plans to the state, they also have an option to play this spring.

"They're calling it the alternate fall season, which is actually going to start, for most sports, in March," Stewart said. "There won't be any playoffs, but at least in the spring they'll get something."

He says 68% of schools still opted to try fall football, and most cited the same reasons that many Minnesotans have.

"The ultimate goal is just to get kids out there participating and active in sports," Stewart said. "Boosting their state of mind a little bit during this pandemic."

Johnson says he's been witnessing that first hand in Iowa.

"Quite frankly, I thought it was foolish when Iowa went and had baseball and softball in the spring, but I've kind of changed my mind," he said. "You know, it's about the kids and you're trying to do everything you can to give them opportunities and to let them grow individually. Sports, obviously, is a huge way to be able to do that."