The state still has a long way to go before EVs go mainstream, but options are increasing and prices are beginning to drop. 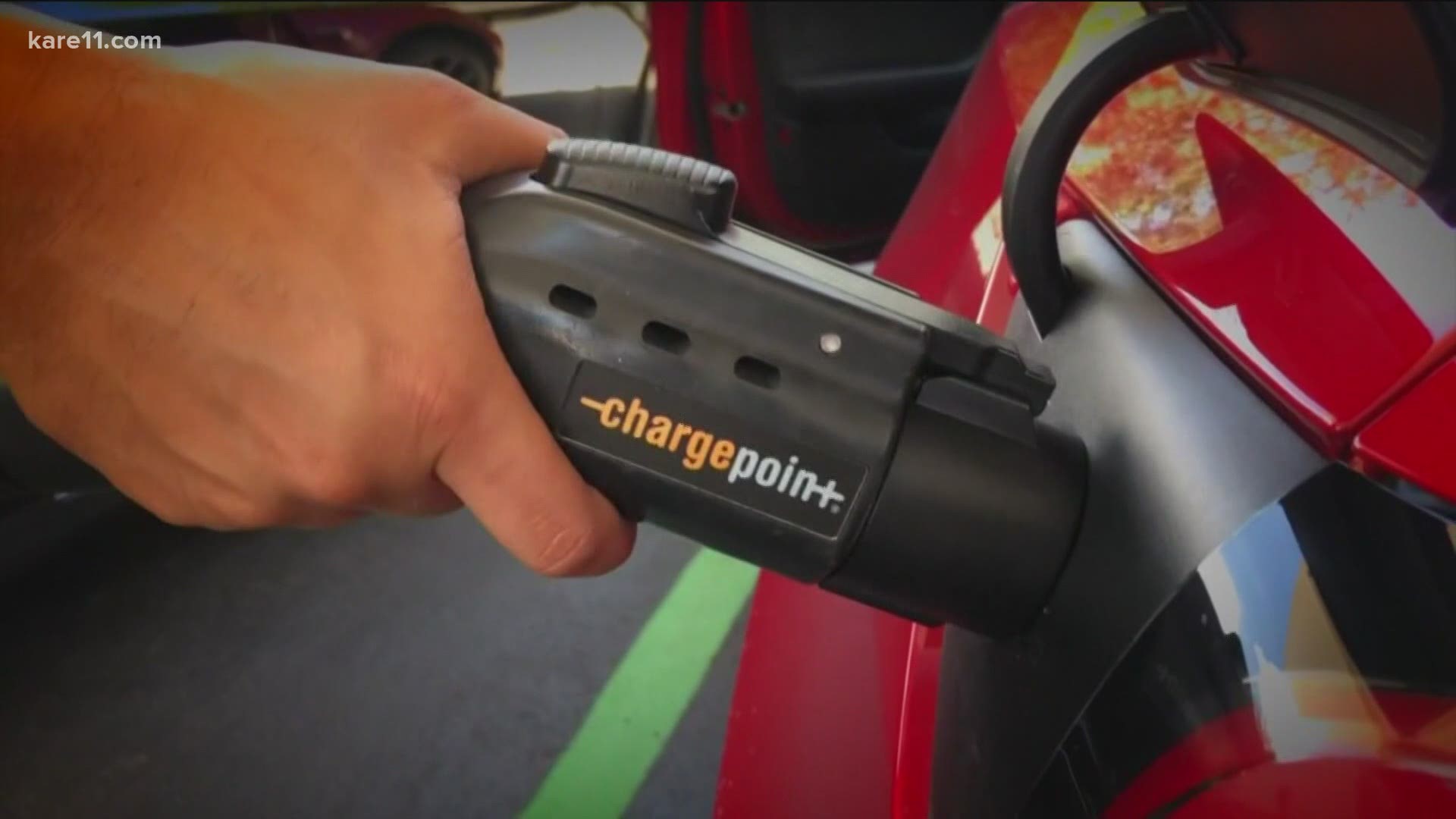 MINNEAPOLIS — Electric vehicles may run quiet, but more and more manufacturers are making noise as they aggressively expand their EV offerings.

General Motors recently announced that it plans to sell only electric vehicles by 2035, and this week, Volvo vowed to do the same by 2030. Meanwhile, nearly every major automaker is announcing plans to offer several new EVs in the near future.

"I get excited about hearing these announcements because EVs are really market change in the industry for the first time in a long time," said Tim Sexton, Assistant Commissioner for Sustainability and Public Health and MNDOT. "And EVs are also just really fun to drive."

Sexton owns two plug-in electric hybrids, but he acknowledges that Minnesota still has a long way to go before EVs become mainstream.

You can see that growth and track the progress of charging stations on the Minnesota Electric Vehicle Dashboard, but Sexton says EVs still only make up about .5% of the current vehicles on Minnesota road.

The picture is slightly better when looking at new care sales. But despite the recent increase in new EV models, the Minnesota Auto Dealers Association (MADA) says they still only account for about 2 percent of new vehicle sales.

RELATED: Goodbye gas: Volvo to make only electric vehicles by 2030

"In the next four or five years, you're going to see just an explosion," said Scott Lambert, President of MADA. "Every manufacturer is going to have electric vehicles coming on, and I'm talking dozens of new models, so they can't all win if we stay at two percent. That number is simply going to have to move."

Lambert say one big way that automakers plan to get things moving, is by offering more big EVs.

"About 86% of the vehicles Minnesotans purchase each year are pickups, SUVs and minivans," Lambert said. "We buy big vehicles. They have to get some electric vehicles in that type of space."

But bigger EVs will also mean bigger price tags, which is why he hopes to see Minnesota join other states in offering more rebates or incentives.

"Incentives will move the needle in terms of more acceptance and people purchasing these vehicles," Lambert said.

According to Consumer Reports, acceptance is already growing. A December survey found more than 30 percent of drivers were interested in potentially buying an EV for their next vehicle, and up to 70% of people were open to it.

"The technology is getting better and better really fast," said Chris Harto, Senior Policy Analyst for Transportation and Energy at Consumer Reports.

Harto says both battery life and range, even in cold weather, have improved dramatically with each new model, and he says cost won't be a barrier for too much longer.

"You'll get different estimates from different analysts, anywhere from 2023 to 2028, but some time in the next five to eight years, an EV from an upfront cost perspective will be cheaper for most people," Harto said. "And they already save a ton of money on maintenance and gas. Our data shows that EVs cost no more than half as much to maintain."

And then there's the fun factor.

"We see in our surveys that people who have actually driven an EV, their interest in buying them goes way up, because they see how fun they are to drive," he said.

The Auto Dealers Association plans to test that theory during the next auto show in May. MADA is working with Xcel Energy to host a big electric car test drive experience at the State Fairgrounds. You'll be able to compare the new models and talk about charging considerations.