The pilot will also test out online license renewals. 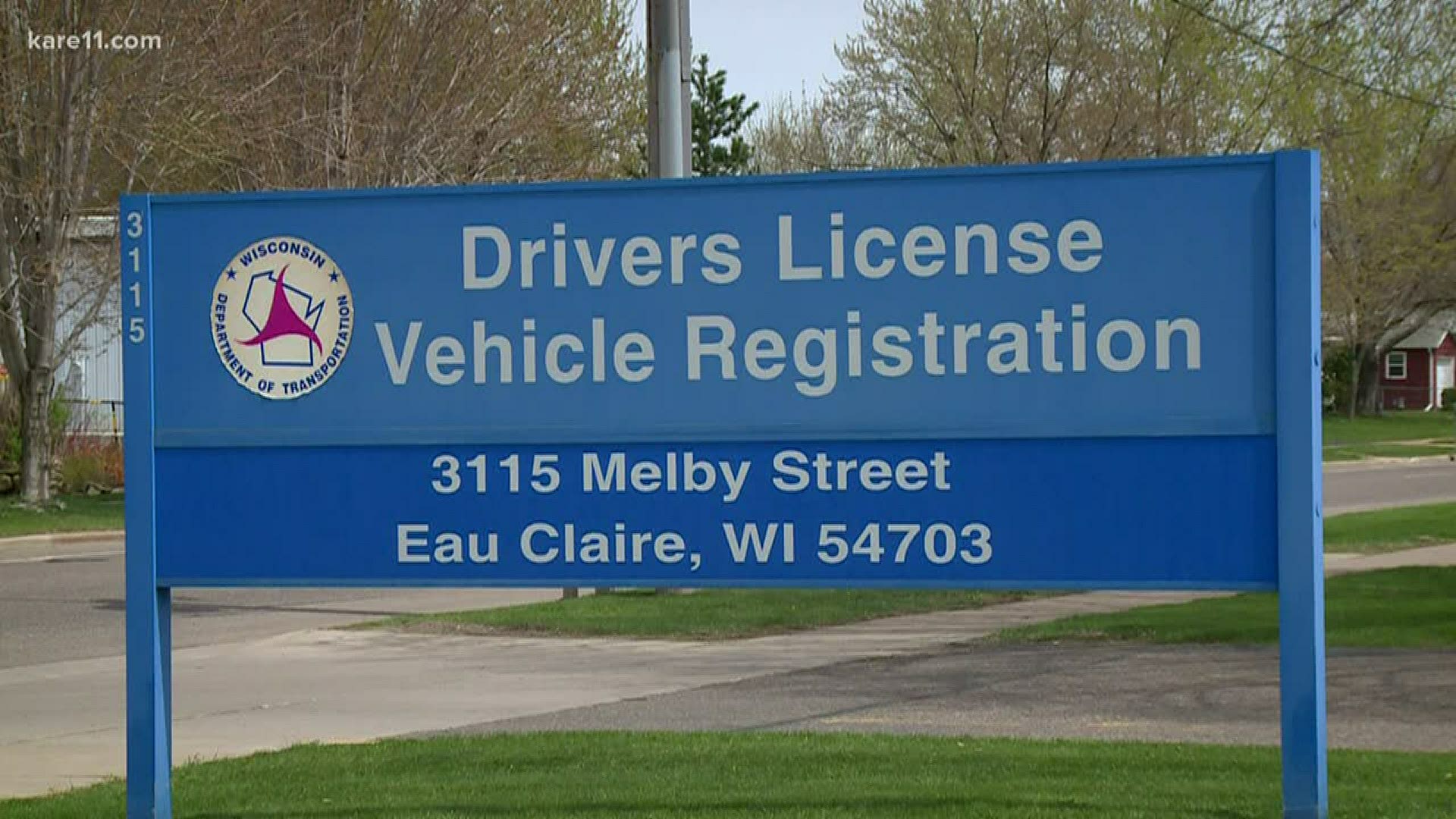 HUDSON, Wis. — The State of Wisconsin says due to the Coronavirus pandemic, it has not been able to offer in-person services at the Wisconsin Department of Motor Vehicles. Officials said they have a backlog of people trying to renew their expired licenses as well as 16-17 year-olds who are just one road test away from getting their license.

As a part of a new pilot program the Wisconsin Department of Transportation announced Tuesday that it will start to offer online license renewals as well as road test waivers for under-18 drivers waiting to get their license. The pilot begins May 11th.

The final road test that 16 to 17 year-old aspiring drivers take is often seen as a stop-gap measure. Without it, folks like Jake Chapin said they worry.

"It's kind of like letting a first-time driver just go and say, 'here's the gas, here's the pedal, just don't hit anything,'" he said.

However, contrary to initial reaction, Wisconsin Department of Motor Vehicles Administrator Kristina Boardman said she feels confident that under-18 drivers are ready after the state's rigorous program.

"When you have driver training, you pass the road test at a very high rate," Boardman said. "We see that between the first and second time, 98 percent are passing that 15 minute check-in with DMV."

Hence the reason Wisconsin is running a pilot to waive that final 15 minute road test. Boardman said this will help ease the backlog the Coronavirus has forced them to accumulate.

"We have a backlog of about 16,000 road tests," she said. "We anticipate, based on the number of under-18's that maybe 10,000 of those would be eligible for the waiver if their parent agreed."

Much like the other parts of the driver's training program, the pilot relies on the parents to be the eyes, ears and final judge.

"I'm a parent, I've had two kids go through the process," Boardman added. "I know that I didn't want to turn over the keys until I felt very comfortable that they were safe to drive."

To Hattie Carr, a 16-year-old who is stuck in this very predicament, the pilot program is music to her ears. She said she's been waiting since the end of March to get her license.

She said she's already done her 30 hours in addition to the six 'Behind the Wheel' sessions with an instructor.

"I've done the 30 hours with our parents and we've done Behind the Wheel where we've learned everything we need to know," Carr said. "The 15-minute test just seals the deal--which I can see why they'd be mad about that but for me I am excited, because I've been waiting to get my license for a long time."

Plus, she said she's confident in her driving and tired of waiting for her parents to pick her up.

"My parents drop me off and I have to wait for them to pick me up," she said. "Sometimes they're late so I have to sit outside for a while waiting, so it will be nice to get my license."

RELATED: High school seniors reboot their prom at nursing home where they work

Willems added that he understands the backlog won't improve until something is done. He did have a suggestion, however.

"I understand the idea behind it, I support that generally," he said. "I wish we would have seen an increase in sponsored driving hours as a requirement from 30 hours to 40, 50 hours. I would have liked to have seen that."