At 103, Carl gives his secret to a long life 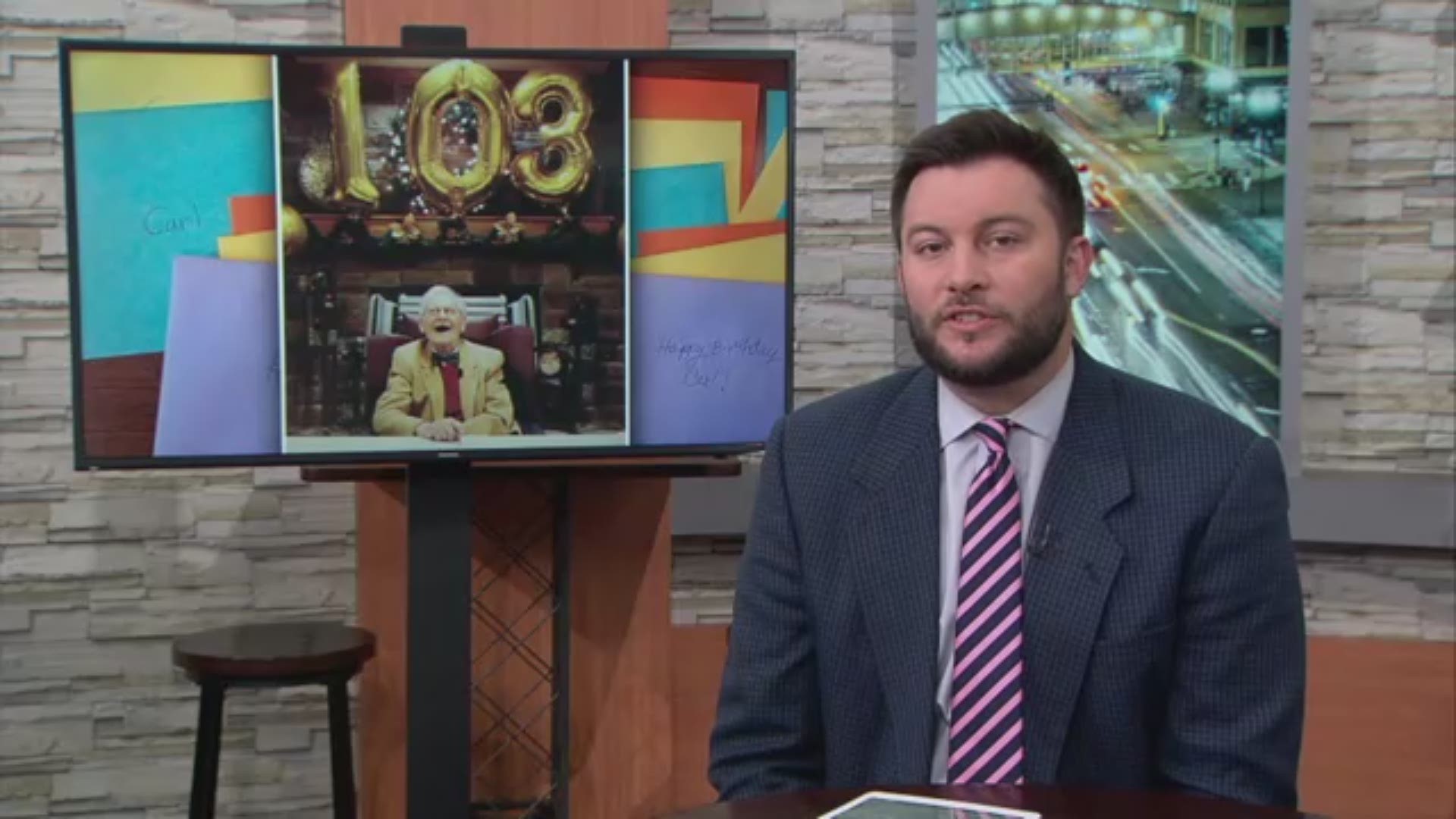 There's something to be said about going with the flow.

To accept problems, to just let change take course and to smile in the face of it all could just be the secret to a long life.

At least that's according to the Lofgren family who has a long life to celebrate.

“He grew up with a single mom, and I think the fact he was the only boy with all sisters,” said Lori Amundson, carl’s only daughter. “She plugged him into male mentorship.”

The son of Swedish immigrants, Carl grew up in Duluth, and at ten, moved to the Upper Peninsula in Michigan.

After Pearl Harbor, he volunteered for the military and kept stateside because of a “busted eardrum.”

He processed Italian POWs in Louisiana, according to family.

“Then he worked for a division called the OAS--kind of precursor to the CIA. So he did translations in Swedish, in Baton Rouge Louisiana during the war years,” said

He married the love of his life and had five children together. A great run by any standard, but at 87 years old he had a choice to make.

“After my mom died--they'd been married 60 years--I thought he was going to fold up his tent,” said Dennis Lofgren, Carl’s son.

“I either need to cave or go forward and he said I'm going to go forward. And he did,” said Amundson.

So, Carl traveled to England and France and to his parents’ hometown in Sweden, where he would meet a Swedish-American woman that would become his girlfriend.

“Dad has remained steadfast in his sweet personality all the way. Nothing has changed. He is still the kindest, nicest man, father and now great-grandfather that you could ever imagine,” said Amundson.

On this day there was no present sweeter than meeting his four-month-old great-grandson, Oden, for the first time.

And if you’re wondering, what is Carl’s secret to a long life? His family says it’s simple: perpetual optimism.