'Because of him, people are breathing today,' mother said about son's death

“Don't give up on your kids. Keep persisting with them. They will push you away, but they really want you close,” Roger Schmidt said. 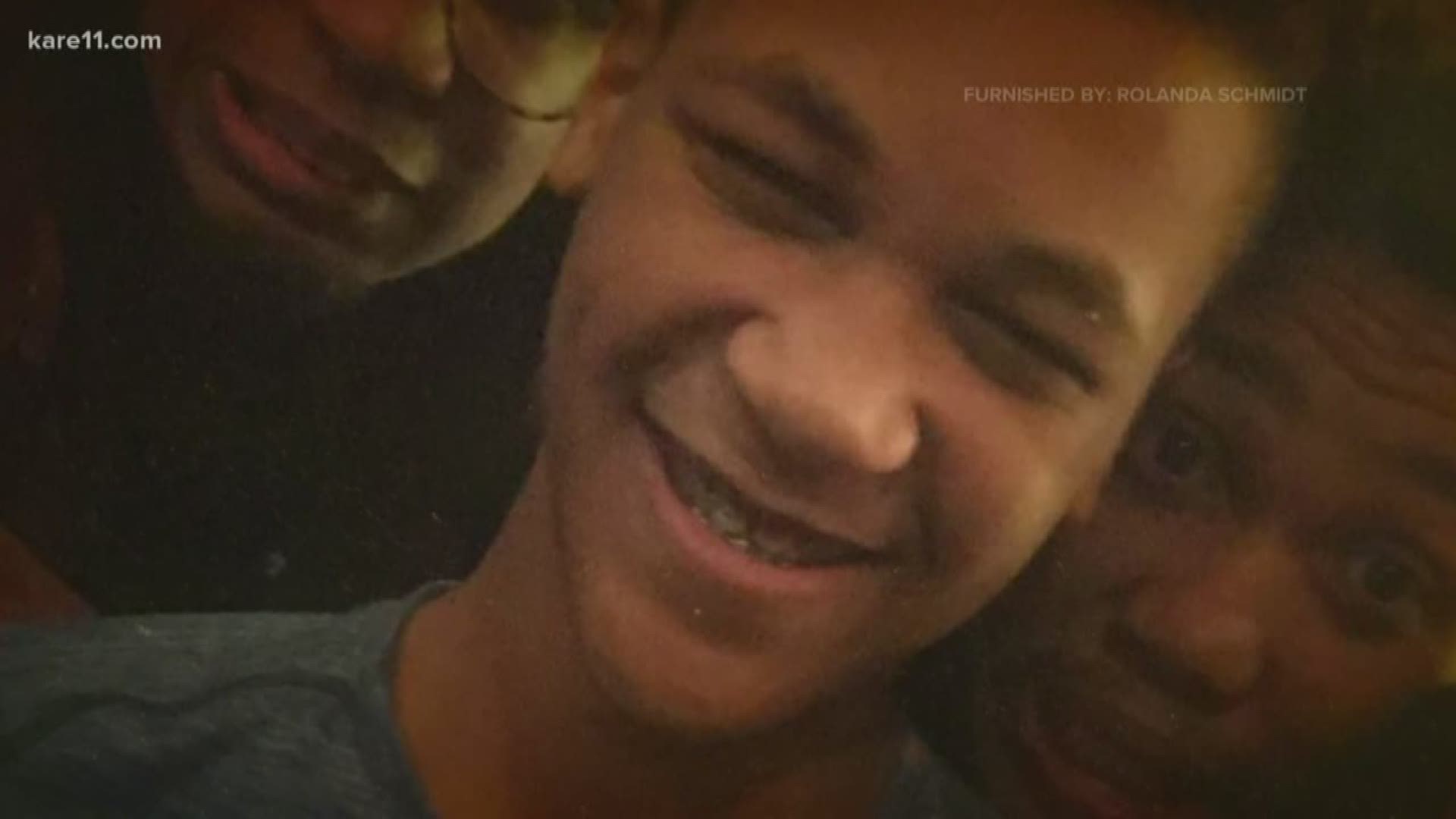 LINO LAKES, Minn. — Death by suicide. Studies show it is becoming an epidemic in black communities.

It is a public health issue blacks often believed affected other racial and ethnic groups. But one Lino Lakes family is using their son’s death to shine a light on the topic and offering hope.

Giovanni, 18, ended his own life two weeks after celebrating his birthday.

A study published this week in the medical journal Pediatrics shows suicide attempts among black children and teens are increasing.

“It is real. It is an epidemic,” Rolanda Schmidt said. “This is painful. I sat in my sons' room for two hours and smelled his clothes. His dog is just looking for him every day going in circles trying to find him.”

Life changed for the Schmidt family on Oct. 4. Their son, who loved to volunteer at Feed My Starving Children, lived with autism but functioned at a high level. And when he received his driver’s license, Roland Schmidt said he made a decision that would impact a handful of others. He signed up to become an organ donor.

Rolanda Schmidt said a 20-year-old received her son’s heart. A 50-year-old was gifted with his lungs and about 60 other people received his tissues.

“I've only seen two miracles in my lifetime of living, I am 49, and this by far is probably the biggest miracle that would happen. Because of him, people are breathing today,” she said. “The  solace to me was maybe I will get a chance to touch his heart again and hear it through somebody that had it.”

Damon Ward, the Schmidt’s family attorney, received the gift of kidney. Ward said he had been on the transplant waiting list and dialysis. He was surprised when he received the call.

The Schmidt family asked specifically to give their son’s kidneys to Ward. Their act of kindness, in tune with the rhythm of their son’s heartbeat.

“In that moment (they) thought of someone else. They thought of helping others and specifically thought of me,” Ward said. “I am grateful for this wonderful gift. Everything happened so fast.”

RELATED: Study finds suicide rates among teens on the rise

The Schmidt family will forever cherish memories with their beloved son. Roger Schmidt, who calls Giovanni a bonus son, said the gift of life for others has helped he and his wife cope. They both encourage other parents to hold their children close and pay attention to the little things.

“Don't give up on your kids. Keep persisting with them. They will push you away, but they really want you close,” Roger Schmidt said.