It's generated millions of views and lots of questions, now the creators are explaining how they pulled off one of the most impressive single-take drone shots ever. 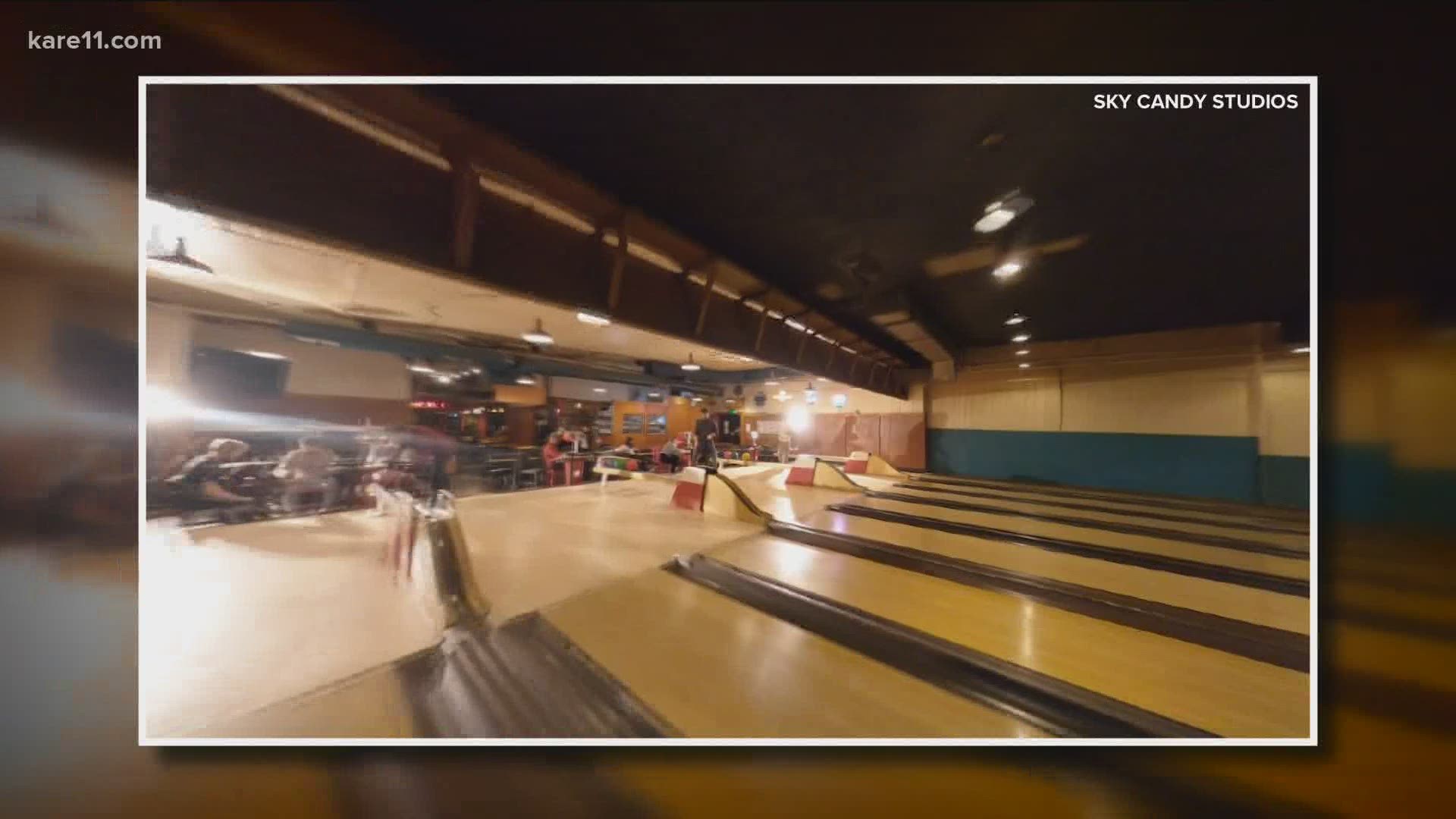 MINNEAPOLIS — If you're a fan of Bryant Lake Bowl in Minneapolis, or just a fan of unbelievable video, chances are you're one of the millions of people who have now seen or shared a viral, single-take drone video that is almost too good to believe.

"Everyone is like doubting it," said Farrah Donovan, bartender at Bryant Lake Bowl. "I can vouch that it's 100% real. I was here."

Donovan was among several staff members and volunteers who showed up to act for the drone shoot, produced by Sky Candy Studios, last week.

Director Anthony Jaska said the video wasn't produced as a commercial for the business, it was meant to serve as a way to showcase the potential of storytelling through the use of a first-person view drone (FPV), which is a very small drone that can fly into tight spaces that once seemed impossible.

"It's just doing something unique," Jaska said. "It's taking a traditional storytelling and putting new technology behind it. There's no cuts. It's a one-take, no CG."

Jaska helped develop the plan for the video, which involved a day of scouting the building and planning the path of the drone and various scenes that would play out as it moved through.

The final version last about 1 minute, 30 seconds. It begins outside Bryant Lake Bowl and then flies in through the front door and circles through the building, all while revealing interactions between customers and staff.

Right Up Our Alley @BryantLakeBowl

The only thing that was added in post-production was the audio and dialogue, due to the loud buzz of the drone.

"I'm walking through the scene and I'm cuing each person to throw the ball, or it's coming back up," Jaska said. "It takes a lot of effort. A lot of time."

It all looks effortless in the final video thanks to the work of drone operator Jay Christensen, who says it took about five practice runs, before the team started filming with the actors and movements.

"We probably did 10 takes with the camera running," Christensen said. "The first few, the timing was way off and we would get to a certain part and the bowler wouldn't be there, or maybe the drone was a little out of position, so it was cool to see, halfway through the process, how we had to kind of re-structure everything."

Christensen says most of the questions he has received is about a portion of the video when he flies the drone through a tight space where the bowling lanes meet the pin machines in the back of the bowling alley.

"All morning I was like stressed about that part," Christensen said. "I thought, that's going to be a hard move. I ended up going 15-for-15 on that (including practice). I never crashed once on that move."

MORE NEWS: Stimulus bill is more than just $1,400 payments, here are other ways it could save you money

Christensen said the hardest part turned out to be the beginning of the video, when the drone starts high above the bowling alley, descends to street level and sneaks through the front door as two people enter.

There was another part of the video that was also pretty challenging for someone not flying the drone. Mike Welsh, owner of Sky Candy Studios, volunteered to have the drone fly through his legs while he polished a bowling ball like a famous scene in the movie The Big Lebowski.

Kent Erdahl: "That takes some balls."

Mike Welsh: "It sure does. but I've got total faith in Jay as a pilot. I've been watching him fly for the last six years and the guy is incredible, so you build trust over just seeing him accomplish awesome drone shots."

The only time Christensen did crash the drone, it was intentional. At the very end of the video, the drone flies down a bowling lane and strikes the pins.

"It actually completely went into (the pins)," Christensen said. "It's got this little break on the protective casing, but it still flies perfectly and we flew it right after we crashed it into there."

It was well worth the wear. The video has now been viewed more than a million times on various platforms, and it even got shout outs from some famous movie directors, including James Gunn, director of The Guardians of the Galaxy movies.

Christensen: "Several well-known directors have been reaching out and saying that they like the footage and they'd love to have a drone operator on their movies, so it really escalated quickly."

Erdahl: "You're getting some calls already about jobs?"

Christensen: "Yeah, we've been on the phones all day."

Erdahl: "Why did you decide on Bryant Lake Bowl?"

Christensen: "It's been a tough year for Lake Street, and not just because of COVID. All the buildings that were burned made me really think that if there was a day where Bryant Lake Bowl wasn't here, that'd be a bummer for sure. So if we can help out with the shot and be creative in the meantime, I think it's a win-win all around."