Louis Saxton, a freshman at Colorado University, lives across the street from King Soopers, and was inside the store when he heard gunfire. 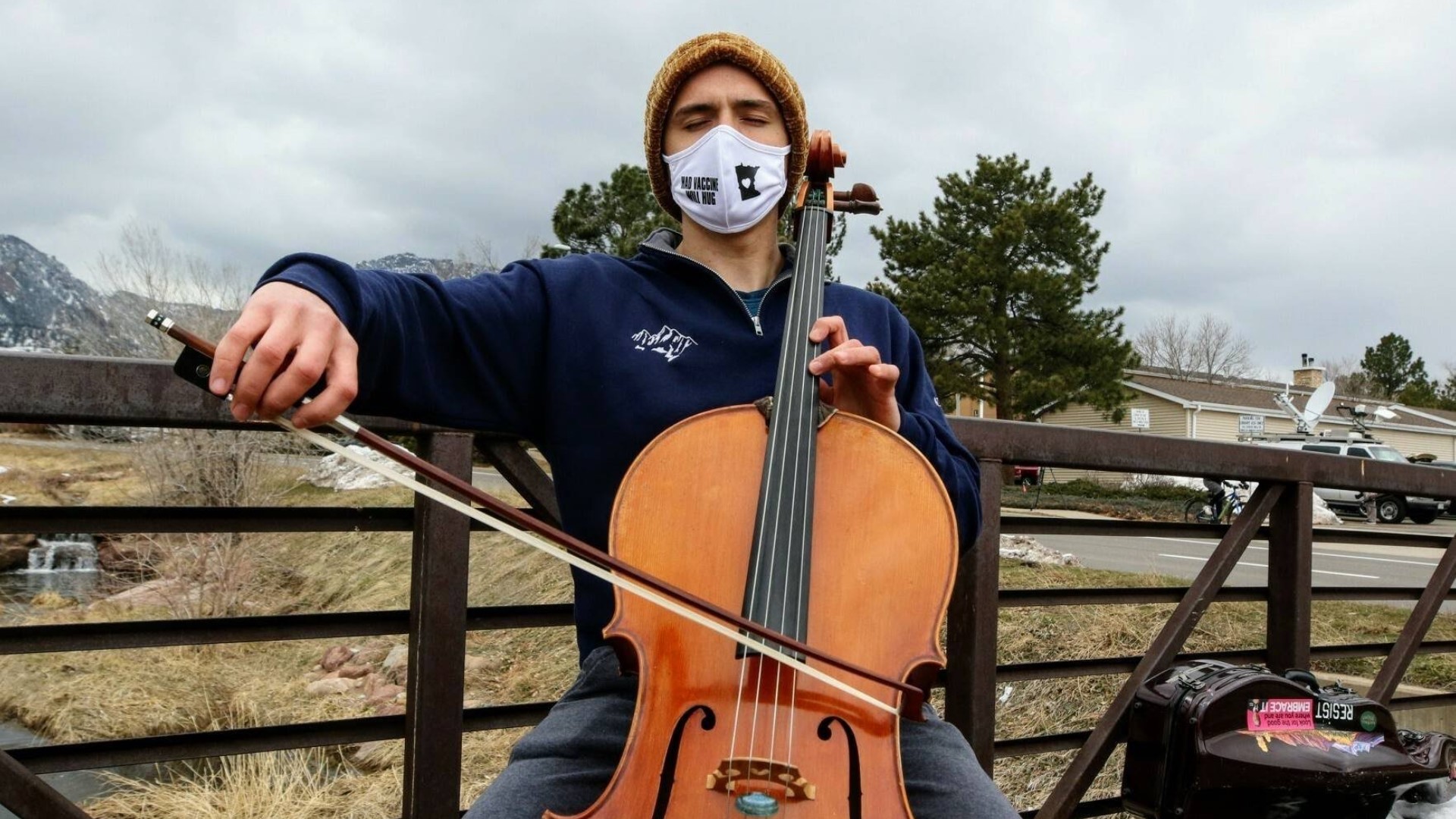 BOULDER, Colo. — The day started pretty normal for Louis Saxton, a freshman at Colorado University and a native of Bemidji, Minnesota.

"So Monday, I had classes in the morning and then I live directly across the street from King Soopers," said Saxton. "I had my car this time so I decided to swing by on my way home, I figured I wouldn't have to carry stuff home. I had gotten my food and I was on my way out the door when we heard like a popping noise."

"I, I wasn't sure what was going on at first," he recalled. "I knew I had heard – what I assumed were gun shots – loud popping noise, and I immediately just panicked and fled as fast as I could and I drove over the curb to get out because there were a few cars in the way. And at the time, I was not aware that the shooter had been in the parking lot, so he must have been walking or running in as I was exiting, because I never saw him or any of the victims."

Saxton drove to his aunt's house nearby, and while on the way, he called his sister to tell her what happened. He then called his parents back home in Bemidji. He later find out more about the horrors that happed inside the supermarket, where 10 people were shot and killed, including one Boulder police officer.

That was Monday, around 2 p.m.

On Tuesday, around 2 p.m., Saxton returned to King Soopers with a cello, where he played Bach: Cello Suite 1 in G Major.

"It's a way for everyone to connect and to feel together, because this isn't the event you are able to brush off," said Saxton. "This is one everyone needs to process, and I don't know how long it will take for me to fully process what happened, and what could have happened. So that's why I went back, I feel incredible lucky that I made it out when I did."

RELATED: These are the 10 people killed in the Boulder King Soopers shooting

"For me cello has always been an escape from the real world," Saxton added. "Music is one of those universal languages that speaks to everybody yet doesn't have any words sometimes. They are pieces that - and well movements that - are very melancholy, and very contemplative and, in some ways, mourning. I felt like that is what I was feeling."

Words can seem empty, when the world does, too. But that doesn't mean we fall silent. It just means we communicate how we can to survive.

"I just felt like I had to do something, because it felt like I had made it out of this awful situation, and was lucky enough to be alive," Saxton said. "So I needed to comfort those who had lost a lot more than I had."