One local family is hopeful their son will someday take the field at a collegiate level. 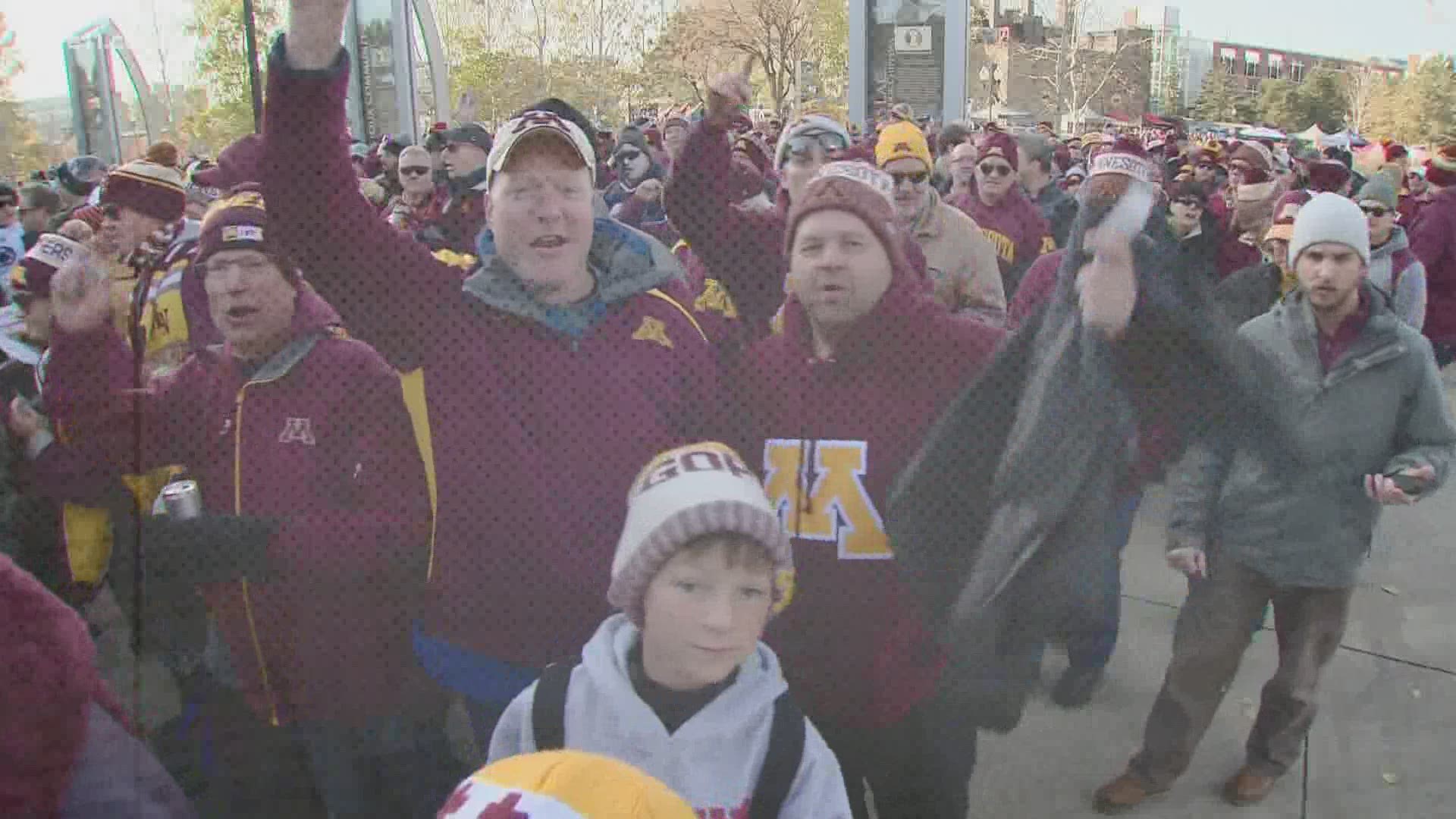 MINNEAPOLIS — College football — is the favorite season of the year for some families.

And Karl Benson was looking forward to watching his son, Oscar, compete as a Bison.

"We were really excited for North Dakota State because I graduated from there. His mom went there for a little while,” he said. "In the state of North Dakota it is the number one program. We really were hoping for the best. It came down to the safety of the athletes and they decided to postpone until the spring.”

But NDSU is isn’t alone. The Big Ten announced a similar plan Tuesday. It is a move to help curb the spread of COVID-19. As the news spread, the hashtag, #WeWantToPlay was trending on social media.

Benson — who works in Minneapolis and leads Minnesota’s Black Chamber of Commerce said he can’t wait to see his son compete at the collegiate level.

“Clearly, we are bummed we are not having the season but if that is what they decided to do for the safety of our players and sons, we will just have to roll with it and hope for the best,” Benson said. "I’ve gone to every one of his games. I’ve never missed one. All through high school, I drove back and forth from Minneapolis to Fargo every Friday."

Before the pandemic changed the world, Benson shifted his.

“We built a house to be closer for the college season,” she said. "We had tickets and a hotel room for their first game, September 5. They were supposed to play the Oregon Ducks."

While the season has been delayed for now, Benson is hopeful it won’t deny his son’s career on the field.

“As adults, we can say we have lived our life, our kids are being shortchanged by the decisions adults are making,” he said.