The Venture North Bike Shop manager says someone broke in and stole four or five of their bikes. 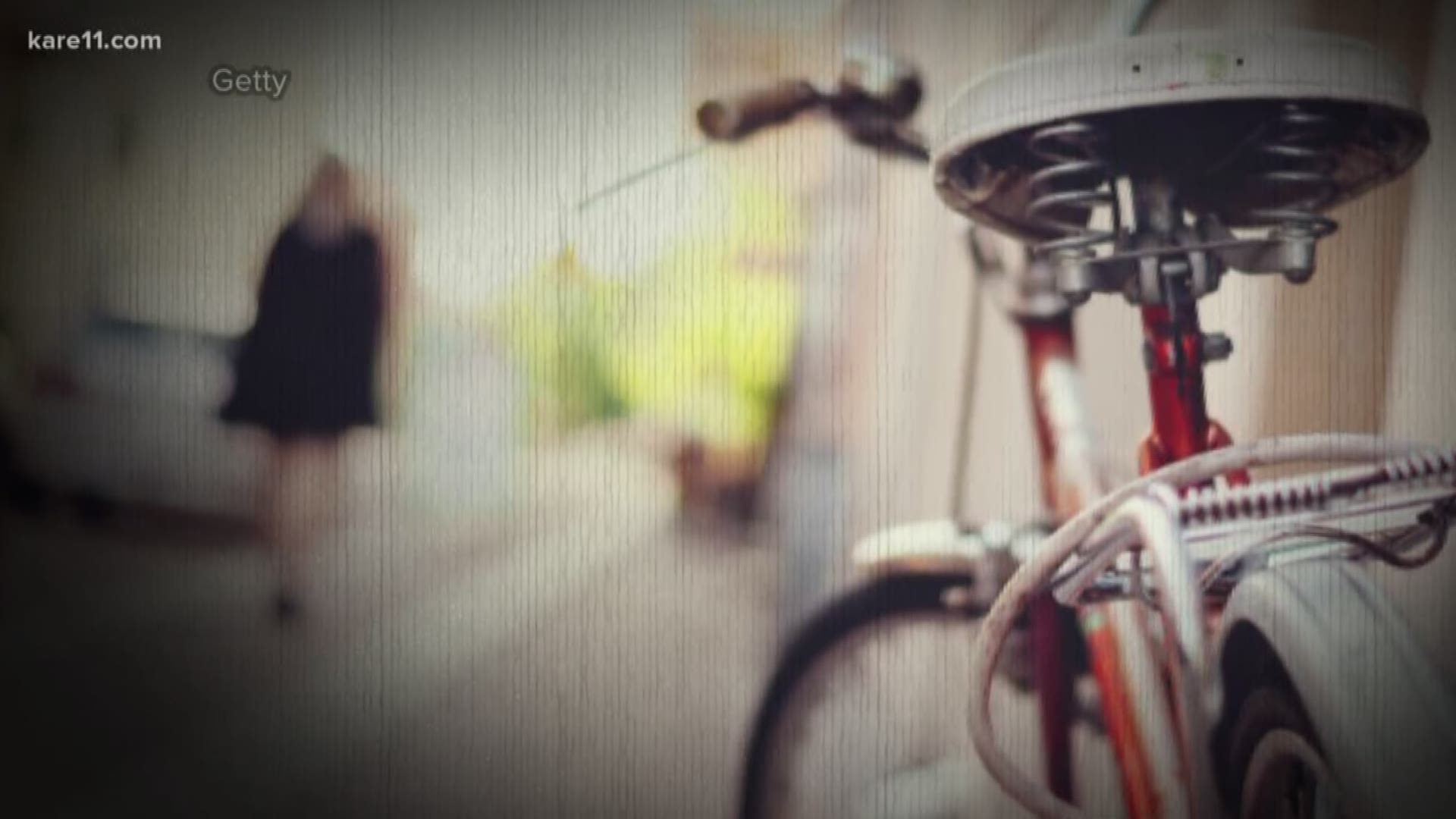 MINNEAPOLIS — If you take a scroll through Facebook, chances are you'll see a post about a missing bike or two or three. Minneapolis police say bike thefts have jumped this summer to the highest levels they've seen in the past five years.

Even a place like Venture North Bike Shop isn't immune to this co-called "epidemic."

"We were broken into and it was sad because my personal bike was stolen from the mess too," Wesley Ferguson said. Ferguson is the barista manager at Venture North Bike Shop where they sell new bikes, refurbished bikes, tune up bikes all with coffee and other beverages on the side.

Ferguson said it was devastating to have the shop broken into.

"They went through the front door, they hit it with an ax after they tried to break through the back door that was completely locked," Ferguson said. "They proceeded to take about four to five bikes."

Ferguson said it's never too late to start getting serious about some locks.

"I would always carry about 20 percent of what my bike is actually worth," he said. For example, if your bike is worth $400, invest at least $80 in locks. He also emphasized the importance of documenting everything.

"I'll take a picture of it, full notes in my computer and laptop of my bottom bracket serial ID numbers," Ferguson said. "I'll have pictures with my bike, so if I ever see it again out on the road, [and] someone else is riding my bike, I can say that's definitely mine. Here's a picture of me with it!"

As for the serial number, Ferguson said it's as easy as flipping the bike upside down and looking for a sticker or an engraved number on the frame. MPD said only 55 percent of stolen bike reports had trackable serial numbers.

"I know Minnesota nice, we all want to believe is a real thing but there's also Minnesota jerks out there, who are willing to take your bike and make a couple dollars off of it," Ferguson said.

RELATED: Can an electric bike replace your car?