Advocates like Judy Stoffel say determining how much screen time is enough is the largest parenting issue of our generation. 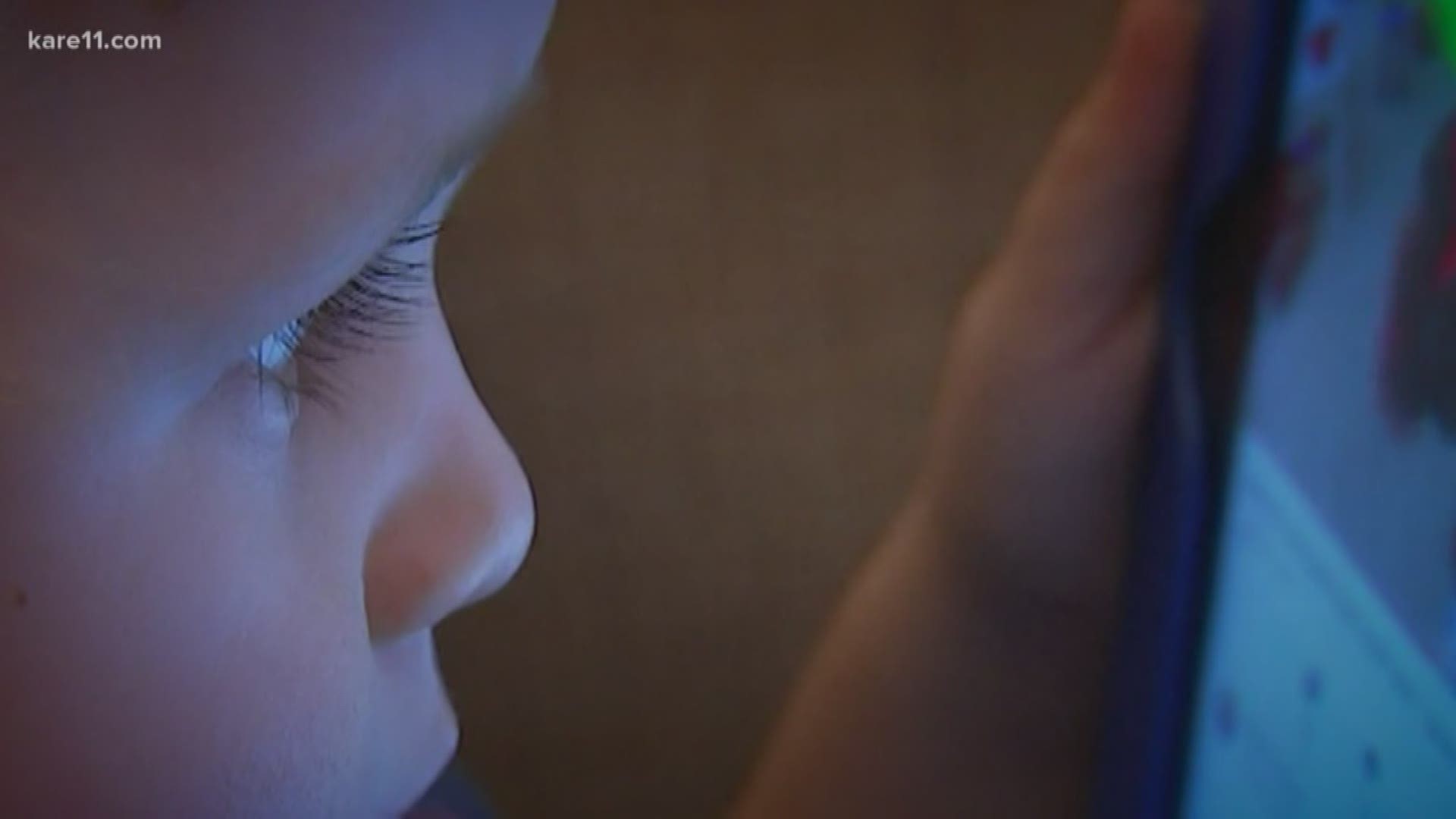 ST PAUL, Minn. — A first of its kind legislation is now before lawmakers at the state capitol. It would limit screen time for Minnesota's youngest children.

There are two parts to the bill. One part would restrict all personal devices in publicly funded preschools and Kindergartens. Another part would start a public service announcement campaign on the negative effects of screen time.

Advocates like Judy Stoffel say determining how much screen time is enough is the largest parenting issue of our generation.

"I have seen firsthand how technology has changed both in and out of the classroom," she said. "I am not anti-tech. The genie is out of the bottle. I have a cellphone. My kids have devices. There is a big difference between a young child and an adult using the screens."

The new bill would change how preschoolers and kids in kindergarten use tablets, smartphones or other digital media without the help of a teacher.

Luna Kimal has two daughters. Her youngest is in Kindergarten. "I try not to focus on limiting the time itself. I think that is a buzzword. How much time is enough for a six-year-old or seven-year old'?" she questioned. "Not counting the educational time at school, I want to say it varies but during weekdays it fluctuates between 30-45 minutes a day. On weekends, I'm not going to lie, it could get longer. If we are on an international flight they can have as much screen time as they want to."

The proposed bill is consistent with the recommendations of the American Academy of Pediatrics which says no screen time before 18 months and a maximum of one hour per day for 2-5-year old's with adult involvement.

"I look at screen time as the same thing as giving them time to ride a scooter or giving them Krispy Kreme Donuts," she said. "They enjoy it. It is just like teaching kids to ride a bike, we teach kids to wear a helmet. Same thing, I try to educate them on how to use that screen time and what things they should or shouldn't watch rather than limiting the time."

MORE BTN: Maya Moore talks about helping a man overturn a conviction, if she will play pro basketball again